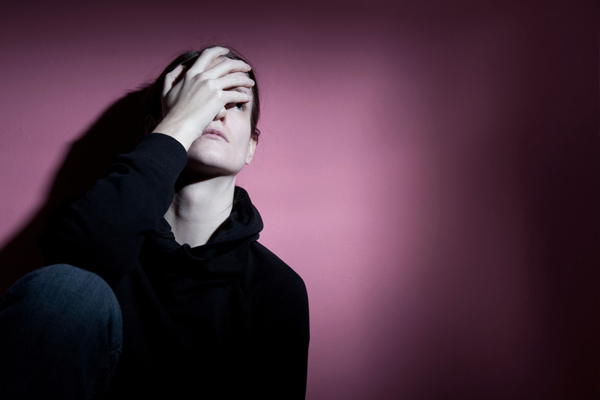 Some of us develop unhealthy habits that we didn’t have before the divorce.

After going through a life-changing transition like divorce, strong, powerful, negative emotions show up. They can be so overwhelming that we will do anything to release the pressure inside that they cause.

Transitioning through divorce was not easy; and now that you’re on the other side, there are emotions such as anger, pain, fear of the unknown, stress, sorrow, anxiety, etc. that we carry with us. That’s right we carry with us. These emotions are wanting to seep into our pores, and we just aren’t ready for them quite yet.

Why We Get Emotionally “Triggered”

These emotions get “triggered” every time that a memory or association is stirred up that sets off any of the above feelings; and as a result, they devastate us. The “trigger” could be a person, place, thing, event, thought, idea, or situation that initiates the emotions.

At first, we don’t know where the “trigger” came from because it could be deeply buried within–from the past. So, it would be hovering in the subconscious mind below the surface. It would initiate an automatic reaction because we are simply not aware of it.

Sometimes, we are not ready and don’t know what to do with those feelings and emotions. We don’t know how to channel them in a direction that is positive or at least productive.

After divorce, many women become “stuck” in the rejection phase. They are in denial of the situation and haven’t been able to deal with the emotions and feelings experienced as result of the trauma. Instead of allowing those emotions and feelings to be there; and know it is natural for them to be there, all we want to do is get rid of them because our psyche is not ready to handle them yet.

Some of us will gravitate toward any behavior that will relieve the uncomfortable feeling that we are experiencing. We will use a coping mechanism that is sometimes a poor choice.

How We Get Triggered

Eden, who was recently divorced, was out having lunch with friends and noticed a couple at another table. The couple looked very much involved and attentive to what they were saying to each other—they were purely enjoying each other’s company.

As Eden is observing the couple, all of a sudden, feelings of bitterness and resentment come knocking at her door—an overwhelming agitation sets in. She can’t shake it. It stays with her.

If she learned to become aware of triggering situations that create uncomfortable feelings inside of her, she could manage them in more productive ways. Instead, she stops off at Chico’s on the way home and blows a couple of hundred or so on some new clothing that she doesn’t need or really want.

Why? It is a way to make herself feel better for the moment. It’s short-lived. We’ve all been there. We chose an unhealthy behavior to soothe what is going on inside of us. It is only worrisome when it evolves into an unhealthy habit as it did for Eden.

Many times when Eden is “triggered”, she will go on a shopping spree to make herself feel better. There are many outfits in her closet that still have the tags on them and never been worn. She’s developed a bad habit that could easily become an addictive behavior.

In my experience, the most common “relievers” of stress or anxiety for divorced women are shopping, drinking, and overeating. Overeating is the biggest culprit.

Nancy is out walking the dog and she sees Frank and Julie, her neighbors from down the street. They’re outside working in their garden. Frank and Julie were very good friends with Nancy and her husband before they got divorced. Now, there is a polite awkwardness between them.

Nancy observes how the couple is working together and enjoying each other’s company. They are out there on a beautiful afternoon talking and laughing while pulling out the weeds and watering the flower garden. Nancy begins to feel uptight and anxious as she watches the couple’s playful engagement with each other.

It stirs up memories for her bringing up similar situations whereby she and her former spouse were enjoying the simple pleasures in life and were so content. Life was good. Everything seemed right within their little world. Now that was gone.

Nancy begins to sense a dull ache and deep loneliness sets in. The self-talk starts—the mind chatter that begins to ask questions to which there is no comfort or positive solution.

The uncomfortable emotions are stirred up and all Nancy wants to do is get rid of them. Instead of choosing (IT IS ALWAYS A CHOICE) to steer the emotions into something healthy and productive; as soon as she gets home, she chooses to dive into the refrigerator. She indulges in mindless eating using it as a comfort to ease the pain and longing.

Nancy is not in control of her emotions; otherwise, she wouldn’t make a choice that she will later regret. She has gained 43 pounds, as a result. We have all been there—overeating so that we can get momentary comfort and ease from a feeling that we don’t wish we were experiencing.

What Nancy can do is learn to become aware of the “triggers” that will set her off into her overeating pattern that she is using as her coping mechanism. When she sees that couple enjoying their time together; instead of allowing that situation to overtake her rational thoughts, she can acknowledge those feelings that are stirred up. She can sit with them for a moment and breath into them.

Breathing into the feelings takes some of their power away. Breathing into them means she is showing those emotions and feelings that they are not going to be in control of what would usually come next—indulging in mindless eating. Nancy is in control instead of allowing her emotions to dictate her behavior.

Since Nancy is choosing to stay with those uncomfortable, overbearing feelings, as she breathes into them the intensity of them become a little less, a little more manageable. That is the first step. Just a few breathes are good. She begins to break the cycle.

There is always time between the feelings and the behavior, and the breaths give her time and a little control over herself. She can choose a more productive positive behavior to take the place of overeating. Instead of diving into the refrigerator, she can dive out the door and go for a walk, dive into a good book,  dive into her closet and organize it, dive into the pool or drink a glass of water.

Learn To Channel Your Triggers

Here’s an exercise. Get a piece of paper and pen and make two columns. On the left side, brainstorm and write a list of all the triggers you can think of that precipitate overeating or unhealthy habit.

Next, opposite those triggers, put alternative, productive behaviors to put in place of them. Tape that paper on the refrigerator as a reminder as there will be times that you will revert back—but not for long. You can cross out the productive behaviors as you complete them and add new ones in. (She might get a lot of projects done this way.)

For Nancy, the more she continues to make better choices the faster the neurotransmitters to the brain will change their path. Before she knows it, the unhealthy habit will drop away along with those 43 pounds.