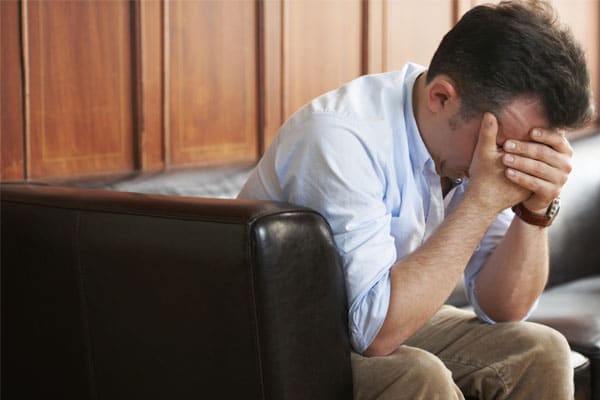 Divorce stirs up buried emotions. Issues deep in one’s past can resurface when in the midst of divorce. Old wounds may reopen. The emotional aspect of parting ways can be more intense than anticipated. It helps when one realizes that the divorce process is a temporary situation and there is an endpoint.

When divorce stirs up buried emotions that cause you to blame yourself.

A few people I interviewed expressed that their spouse left them for someone else because they were “not good enough.” These individuals claimed that they could have done things differently, been sexier and so forth. This may stem from childhood issues that they let parents down by not being good enough. When being dumped, this “not good enough” came back to haunt them. It did not matter that these people are attractive, successful and interesting. They blamed themselves for their spouses’ departure because of their feeling of not being good enough.

When a spouse leaves, it can trigger feelings of abandonment. This may have its roots in the past, especially if a parent walked out of a marriage. The child felt abandoned when the parent left and missed them. This feeling is compounded when the other parent refuses to ever mention the absent one. A friend of mine who was adopted felt abandoned when her husband left her for his secretary. It brought up her adoption issues. She had been left in an orphanage by her mother and came to the conclusion that she was not wanted. No longer being wanted by her spouse brought up the sadness of being abandoned by her birth parents.

Divorce stirs up buried emotions and the fear of loneliness.

Divorce can activate an underlying fear of being alone. Some people only feel complete if they are part of a couple. They may not have a clear sense of self and are uncomfortable being on their own. An older family friend was this way. She got married at seventeen and when divorced years later, immediately found a husband.

There are ways to deal with loneliness without the need to jump right back into another relationship. Determine what exactly bothers you about being alone post-divorce. Is it a quiet house? Get a pet or a housemate. My three cats are great company. Is going to films or eating out solo not your thing? MeetUp.com has many groups for various interests. Great camaraderie whether hiking, dining or going to lectures. I found some of the members are divorced and looking to have good conversations, laughs, and fun. I plan weekly latte dates with friends.

When divorce stirs up buried emotions that affect the process.

Feelings set off by divorce can affect the process itself. In one case, a woman had the core issue of not feeling worthy. When her husband left, this reinforced the faulty thinking. She was too laid back when splitting assets as she did not feel worthy enough to fight for a bigger piece of the pie. Her negative self-image became an obstacle in her divorce. Luckily post-divorce, she set out on a new career path which led to accomplishments. Her talents were appreciated and it boosted her self-esteem.

Although divorce can be the trigger for negative emotions, how one deals with them is a choice. When feeling overwhelmed, confide in friends; some of them may have had a similar experience and have valuable advice. A divorce coach or therapist can help you sort through your situation and come up with strategies. They are a source of support to get you through this trying time. Job-wise, a career coach can open the door to work opportunities.

Along with negatives, divorce also has positive aspects. it gives a person the chance to start over and follow their dreams and passions. Latent talents may emerge post-divorce and start one on a different career course. Divorce is an ending – but also is a beginning of a new life.