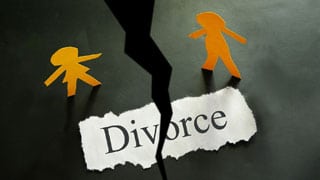 Not all marriages go smoothly, and unfortunately, some will end in divorce. When we hear the word “divorce,” there are a number of things that pop into our brains. One of the most common thoughts is that divorce has to be a painful and stressful process. Do you think this is true? I would suggest that most people can make divorce a fairly simple and hassle-free procedure by understanding all the aspects related to their case. A divorce lawyer can help you understand your rights and obligations; some people are even able to manage their divorce themselves. It does not have to be a battle, and there is much more to the divorce process than just hiring an attorney and going to court.

Some people think that divorce is going to be a tricky process because of the myths associated with it. Yes, it is a legal process – and for some people, there will be complicated issues to resolve – so it won’t be a piece of cake. There are certain aspects that can be really stressful, but perhaps not to the extent you think it will be.

Every divorce has its own story. Sometimes it’s triggered by the lack of love in the marriage, or some other emotional factor. I’m an emotional person, and I know that separation is not easy. It’s really not. Although each divorce ends up differently, there are certain common themes.

In this post, I am going to discuss seven myths associated with divorce that need to be examined and debunked.

7 Common Myths About Divorce That Need to Be Broken

1. Having a Baby Can Save your Marriage

This is one of the most common myths associated with divorce. It is never an intelligent decision to have a child as a way to stop a divorce from happening. Yes, parenthood is all about taking a relationship a step further. But if your relationship is already in trouble and you’re heading toward a divorce, a new baby can only add to your problems. When a couple has exhausted all options to save their marriage and divorce is the only way out, having a child to hold onto a relationship is not the right solution. If you find that things are getting too tough to handle, consider speaking to a divorce lawyer and asking about your options – and what life after divorce might look like for you.

2. Divorce Is an Expensive Matter

Not all divorces are expensive. Many couples choose to handle their separation issues outside court – by themselves, or with the help or a mediator, arbitrator, or a settlement-minded lawyer. They couple works out most or all of their issues, then the lawyer prepares paperwork for the mutual agreement. This greatly reduces the cost of divorce.

At one time, divorce was considered as a social stigma, but the times have changed. According to recent research, more than 40% to 50% of first marriages end into divorce, so it is much more common and accepted. No doubt divorce is emotional traumatic for an individual experiencing it, but surely not a social stigma for both the spouses.

4. Women Primarily Get Custody of Children

Gone are the days when the psychologists and the legal system recommended that children should stay with the mothers after the separation. This is a waning trend in today’s divorce court. Nowadays, men are seeking and being granted custody at least half the time or more visitations than general. Moreover, you can take divorce advice for men from a person having in-depth knowledge about law to know how you can reap the best from the laws that are favorable for men.

5. Having a Different Mindset Usually Leads to Divorce

Arguments! Fights! They don’t always indicate that divorce is the only solution. Generally speaking, most couples argue. My husband and I argue, but it doesn’t mean our relationship is heading towards divorce. Having an argument or a fight once in a while is only natural.

You need to understand that couples have different opinions and both of them have an equal right to express those opinions, so it’s not the end of the world if you have normal arguments. Most often people fail to understand marriages are not a fairytale; in the real world, arguments are inevitable, but these are not necessarily a reason for divorce.

6. One Person is to Blame for the Divorce

Remember that no divorce is ever just one person’s fault: it’s both the partners’ responsibility. For instance, if a man has an affair, he often blames his wife for his infidelity. She might not have kept him happy. That’s an unfair statement. In most cases, couples just outgrow each other, and they understand that it is not easy to spend their lives together. Both the partners are the pillars of marriage; thus, both are responsible for the failure. Even various divorce lawyers for men have a similar thought about the separation.

7. Divorce Is Always the Solution

This is one the most common misconceptions believed: divorce is the only solution to a bad marriage. It’s not always the one ideal solution. Many couples, when faced with this problem, just don’t want to put any effort into making a marriage work. So, they can think of a divorce, but not always. No doubt choosing it is not a piece of cake. It takes a great deal of courage to go it alone again.

Divorce is never easy. If it is not handled the right way, it can add to the difficulties. There is no hard and fast method to handle this marital emotional trauma; every case is different, even divorce lawyers think that way. Well, one thing that can help many in managing most of the cases is understanding each and every aspect of their case.