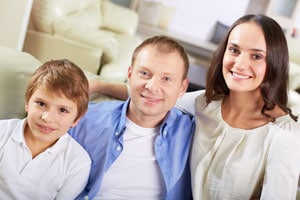 Many of my clients have questions about the adoption process, and in particular, the step-parent adoption process. Some mistakenly believe that just because they’ve remarried, their new spouse automatically has legal recognition of their new step-children.

That is not the state of the law in Florida however, and until a Court enters an Order establishing a legal relationship between a step-parent and their step-children, there is no legal obligation, financial or otherwise, that a step-parent has to provide for the well-being of their minor step-children.

The Florida statute that deals with all adoptions is Florida Statute 63.042, which lists those who are eligible to adopt in the state of Florida. In general, the law requires that a prospective adoptive parent be the spouse of the child’s mother or father, and with the legalization of same-sex marriages across the country in 2015, LGBTQ couples now have full rights to participate in the step-parent adoption process in Florida.

The Florida statute will consider a prospective adoptive parent’s medical health, as certain medical disabilities or handicaps may prevent a person from serving as an effective parent. Once it’s been determined who can adopt, the next step in the process is whether such an adoption will be in the child’s best interests; that is determined in case-by-case analyses of the facts and circumstances of those involved.

It should be noted that if the child is over the age of 12, then the child must file a written consent with the Court as well, indicating their desire to be adopted by their parent’s spouse.

As the statute suggests, the particular circumstances of each adoption will largely be dependent upon the relationship between the minor children and the parent whose rights are subject to termination. Make no mistake about it: that is what the Court is doing when it grants a step-parent adoption.

The Court must terminate the parental rights of a natural, biological or legal parent in order to confer rights upon a step-parent. Florida law has not yet progressed to the point where a third party would be granted co-parenting rights along with both biological and legal parents; so in every step-parent adoption, one party will gain rights and another party will have rights taken away, permanently.

In Part II of this blog, we will further dissect the step-parent adoption process, focusing on the circumstances under which the Court is most likely to grant such an adoption.