If you are the biological father of a child born to an intact marriage, but you are not the husband, here is some much-needed clarification on paternity by the Florida Supreme Court. 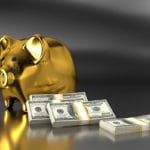 Your divorce costs can run high if you aren’t prepared going into the divorce process. Follow these basic rules to help you save money in the long run. 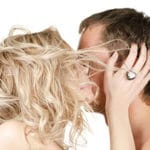 Just because you live in a no-fault state doesn’t mean that fault can’t be used or argued during your divorce case. Here’s what you need to know. The new tax law in the USA will have an affect on your overall divorce settlement agreement and your taxes post-divorce. By now I’m sure that you’ve heard President Donald Trump signed a new tax law into effect back on December 22, 2017 that is sure to have big implications for just about everyone. While many of […] In last month’s blog, I explained how reunification counseling can be utilized in divorce and family law cases and this month, it may be helpful to understand some of the ways in which this counseling becomes necessary in the first place. It is an unfortunate part of divorce and separation that sometimes parents can intentionally, […] There’s ten things we think everyone should know about Florida child support, including enforcement and contempt of court. Read on to learn more. 5 Tips To Help You Enjoy the Holiday Season After Divorce In almost all cases, reunification counseling can help to restore the relationship between a parent and child – especially in cases of parental alienation.

There’s ten things we think everyone should know about Florida child support, including how it’s calculated and what it covers. Read on to learn more.