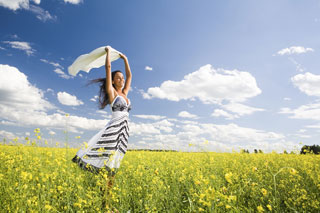 It is easy to fall into the trap of living in regrets. One may regret the distribution of assets in divorce. Another cannot seem to get through a week without saying, “If only I had…” My two sons are pragmatic, and calmly state, “Well that’s in the past – get over it!” when I rue that I did not buy a lifetime pass to United’s Red Carpet Lounge. I did not realize that it was a one-time opportunity, and I had put it off. When asking people about any regrets, the overwhelming answer was what that they regret what they did not do, rather than what they did. It was actions or possibilities not taken, not what they did or had said. Lucille Ball of “I Love Lucy” stated, “I’d rather regret the things I’ve done than regret the things that I haven’t done.”

I used to be a trauma nurse in a busy surgical intensive care unit. Some patients who felt death was knocking on the door were willing to talk about their past. All were calm and ready to go, but had a common theme about their lives. The universal comment was letting opportunities pass them by or being too afraid to take chances. It was not about what they had done (with the exception of working too many hours and missing out on family life), but instead what they hadn’t done. That regret shaped my attitude of spending as much time possible with my sons. A regret can be a wake-up call that something needs to be changed. It can be a positive stimulus to make an adjustment in your life, such as embarking on a new career path that holds more meaning and passion for you. If you are regretting some life choices, then let this propel you in a new direction.

My mother’s only regrets on her deathbed were not getting to Provence, and procrastinating on taking a desired tour to Turkey. That regret pushed me into taking my sons to far flung places so I would not have her same disappointment down the road. I am not putting off travel, and instead am ticking off places from my Bucket List. We went to India last year after talking about it for a decade (at a very cheap price).

If you had two hours left to live and were talking to a nurse, what would your regrets be? Would it be not having more material goods, a bigger house, a fancier car, or something quite different? Are you satisfied with your life, even if having survived a divorce from hell? Are you leaving the world a better place, or have you been putting off meaningful involvements?

Regrets can keep you stuck in the past, dreaming about what could have been with your former spouse. Instead, move on to a more fulfilling new relationship. Wishing you were still married or in your former life is not productive and keeps you tethered to the past. Living in the “what could have been” is like having a wall around you – it prevents new people from entering into your life. Form new social networks and business connections to make the present more enjoyable. Grab those opportunities even if they do not work out as anticipated; at least you will know that you tried. One of the saddest cases I’ve seen is a dancer who achieved her dream of being asked to be one of the Rockettes in New York City. She was an only child who allowed her parents’ fears and concerns persuade her to turn down this fabulous job. She regretted it her whole life, and now she urges others to follow their dreams and not let others talk them out of it. If you feel stuck in the past with regrets, then consider seeing a divorce or life coach to help you re-frame your outlook and move on to new adventures.

Wendi Schuller is a dating coach, particularly helping people start dating again post-divorce. She is also a nurse, hypnotherapist, and is certified in Neuro-Linguistic Programming (NLP). She wrote "The Global Guide To Divorce" and is a speaker in the divorce field in London. She has over 200 published articles. Her children's book series is Jack Jack The Cat.