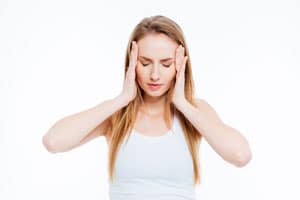 There are a lot of emotions when going through the divorce process and one of them is worrying. Worry in itself is not bad – it is how one deals with it that can be a problem. When focusing on worry, it can be paralyzing, keeping us from getting needed tasks done. It can drain energy away from doing our day-to-day activities during proceedings.

Worry alerts a person that all is not right in a situation. It is a call to action for making a change. There are ways to heed this call of action in a productive manner.

4 Steps to Take When You Start to Worrying During Divorce

1. Write out a Plan on How to Fix the Problem

When a worry is about a specific issue, write out a plan how to fix the problem or at least minimize any fall out. For example, if how assets may be split is causing you to lose sleep, then take some steps. If there is a chance some assets may be hidden, then bring a forensic accountant on board to search for off-shore funds or money that may have been diverted to another party. You could hire an independent financial advisor to look over what is on the table and suggest which ones are in your best in your case. A person in their fifties may be more interested in retirement accounts than in other investments. One man in New York City took the bulk of his settlement in retirement funds and let his wife have their rent controlled apartment. He was then able to move in with his bachelor brother and feel secure about his golden years.

2. Think About the Root Cause of the Worry

Think about what is really bothering you so it can be addressed. This is the root cause of the worry, which may be something unexpected. I worried constantly about losing the marital home. After discussing this worry with others, I discovered that it was not the house itself I wanted – but rather the security it represented. This realization allowed me to let go and agree to sell our house. I bought a much smaller one nearer to my sons’ school and to my friends. This was a wiser decision which also resulted in better financial security.

3. Find out the Worst-Case Scenario

How to deal with worry that seems to consume you? This catastrophic way of looking at life can be changed. Ask your lawyer what is the worst outcome that could happen in your divorce. It will not be nearly as bad as you expected. Our worst-case scenarios are often unrealistic and would not occur. Or ask your financial advisor what is the least amount you would get when splitting assets. Inquire what would be the bottom amount for alimony or the highest you would have to pay. You may be pleasantly surprised that your financial situation is not as dire as anticipated. Knowing what is the worst that could happen lessens being afraid of the unknown in divorce circumstances.

Limit your daily time of thinking about worries to ten to thirty minutes. Dwelling on them endlessly can cause them to escalate. You might write them down in a column and in another do your action plan. If a worry is out of your hands, let it go. Direct your thoughts to what you can change, not to what you cannot.

Worrying can be a call to action to make a change with your divorce situation. Concentrate on what you can change in order to get rid of worries.