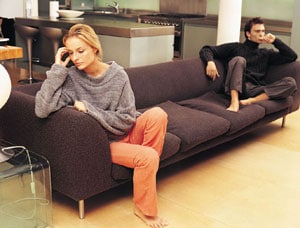 What Were Alienation of Affection Causes of Action

When a suit was possible in Ohio for alienation of affection, a person whose wife or husband no longer wanted to be married to them could bring a suit against a third party alleging that a third person was the “cause of” or “responsible for” the alienation. The third party would usually be the other spouse’s lover or paramour. The idea behind the suits was that this third party was responsible for the failing of the marriage. The fact that the married couple may have argued with each other, in the past may or may not have been relevant but generally was not relevant.

In the past, suits have also been brought against family members, counselors, employers, and other third parties, if the person bringing the suit thought that those third parties were responsible for the destruction of the marriage. One can see that sexual relations with the third party were not required but only that the third party “alienated” the spouse from the complaining party.

To prove alienation, the complaining party would have to prove the marriage and that the parties to the marriage had affection toward each other, affection that was destroyed by the actions of the third party. Intent by the third party to destroy the marriage was not an element of the claim, but intent to do the acts that resulted in the alienation was an element. So, just because a spouse started liking another person more than his or her marital partner, was not enough for a cause of action. That third person must have engaged in some sort of conduct with the spouse, be it sexual relations, counseling to divorce, or encouragement for divorce (possibly by family members). Family members could have encouraged divorce and thus been subject to this type of cause of action.

Some sources estimate that up to 200 alienation cases are still filed each year in North Carolina  (which is one of the states where the cause of action is still recognized). Some cases in North Carolina, for instance, have resulted in multi-million-dollar verdicts.

Filing in Another State

In at least one case, (researchable on the Internet) a couple lived in Ohio and the wife began a sexual relationship with a person from another state, with the relationship occurring in that other state. The attorney advising the husband in Ohio indicated that since the action which gave rise to the alienation occurred in that other state, the husband might have the ability to file an alienation of affections action against the wife’s paramour there.

Alienation of affections is no longer a recognized cause of action in Ohio. However, if you have questions about a situation involving alienation of affections or a situation involving the deterioration of your marriage, due to the actions of some third party, you should immediately consult with a family law attorney. Family law attorneys are familiar with a number of remedies, which may be of help to you and may help you at least get control of the situation. At worst, even if there is no way to get control of the situation, a family law attorney can educate you as to the options available for termination of a marriage, and the ways in which property, debt, retirement, child support, and spousal support (alimony) issues are handled in your area.