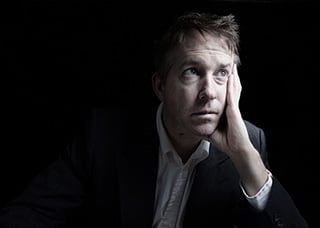 Based on the content analysis of interviews, the following conclusions have been developed, each of which is explored in my book Adult Children of Parental Alienation Syndrome: Breaking the Ties that Bind (W.W. Norton & Company).

There Are Three Different Familial Patterns of Parental Alienation

Each of these patterns represents a dysfunction in the structure of the family system (despite most of the families being divorced, the two parents and child still represent a family system in that they continue to interact with and influence one another in significant ways [Goldsmith]). That is, the three patterns reflect a significant breach in the “parental unit”, typically involving triangulation in which the child is asked to take on the parental role, making decisions or providing the parent with emotional support or involving cross-generational alliances in which parents compete for the child’s attention and support (Minuchin). Thus, PAS can be thought of as a system type of structural family disorder.

Many Alienating Parents Seemed to Have Personality Disorders

Based on the descriptions of the alienating parent provided, it can be inferred that many met the diagnostic criteria for a personality disorder, a pervasive and distorted relational style, including narcissism, borderline, and antisocial personality.

Parental Alienation Co-Occurs with Other Forms of Child Maltreatment

Many of the adult children of PAS experienced physical and/or sexual abuse by the alienating parent. This finding is consistent with epidemiological research on the co-occurrence of different forms of abuse, demonstrating that parents who abuse their children in one way tend to abuse them in other ways as well.

The parents who perpetrated parental alienation utilized techniques similar to those employed by cult leaders. Alienating parents were described by their adult children as using emotional manipulation strategies such as withdrawal of love, creation of loyalty binds, and cultivation of dependency. They were also described as using brainwashing techniques such as repetition of negative statements about the targeted parents and black/white thinking.

The adult children of PAS described 32 different parental alienation strategies their parents used. These are examined through the lens of attachment theory as developed by John Bowlby. Within this framework, the strategies are viewed as effective tools for interfering with the developing or existing attachment relationship between the child and the targeted parent.

Parental Alienation is a Form of Emotional Abuse

Parental alienation can be considered a form of emotional abuse for at least two reasons. First, the strategies that the alienating parents used to effectuate the alienation are emotionally abusive in and of themselves. That is, the alienating parents verbally assaulted, isolated, corrupted, rejected, terrorized, ignored, and over-pressured the children in order to alienate them from the targeted parent. These behaviors are part and parcel of what constitutes emotional abuse of children. In addition, it is proposed that separation of a child from a parent also constitutes emotional abuse.

Realization of Parental Alienation is a Process Not an Event

It was usually a slow and painful process for the interviewees to realize that they had been turned against a parent by the other parent. For most of the adult children of PAS, the realization did not occur in a single transformative event. The defense mechanisms constructed to support the alienation take time to be broken through: they involve denying that the alienating parent is selfish and manipulative, denying that the targeted parent has positive qualities, denying that the child wants a relationship with the targeted parent, denying that the child is afraid of losing the love of the alienating parent. Although all of the adult children had come to realize that they had been alienated from one parent by the other, the length of time they had been alienated and the age of awareness varied. Length of time alienated ranged from 7 to 47 years, with an average of about 20 years.

The Impact of Parental Alienation is Life Long and Maybe Intergenerational

A significant portion experienced depression, divorce, and substance-abuse problems as adults. They had difficulty trusting others as well as trusting themselves. In addition, several reported becoming alienated from their own children. Three different patterns of the intergenerational transmission of PAS are presented.

How the Targeted Parent Responds Makes a Difference

What did the targeted parents do that helped their children to eventually realize that they had been manipulated? What more could they have done to prevent or mitigate the alienation?

These alienating strategies worked together to give the child the following three-part message:

disavowed in order to maintain the love and approval of the alienating parent. Boldly stated this way, the message resembles the message cult leaders convey to cult members.

There appears to be a wide range of actions and behaviors that constitute parental alienation. No one behavior characterized the full sample and no alienating parent utilized just one strategy. Thus, Parental Alienation Syndrome can be effectuated through many possible combinations of strategies, and there is no one formula for doing so. This means that counteracting will be difficult because the targeted parent may not even know all the strategies that the alienating parent is using. Most alienating parents probably participate in bad-mouthing, but bad-mouthing alone may not be sufficient to effectuate alienation and countering the bad-mouthing may not be enough to counter the alienation. Thus, parents who believe that they are the targets of parental alienation should assume that the alienating parent is utilizing an array of strategies. In the absence of tested interventions for Parental Alienation Syndrome, it may be advisable for targeted parents (or parents who suspect they are being targeted) to address the underlying goal of the alienating parent rather than the specific behaviors (which may be unknown and/or may change over time). Thus, rather than saying to a child, “I think your mother/father may be saying bad things about me to you.” To which the child may accurately respond, “That is not true.” It may make sense to say, “I think that your mother/father wants to come between us or make you feel unsafe/uncomfortable with me or have you believe that you can only love one of us at a time.” If there is any chance that alienation is occurring, such a statement is more likely to reflect reality than any statement about a specific strategy. In order to avoid the appearance of badmouthing the alienating parent, which might backfire, a targeted parent might also want to consider saying to the child “I really want to be close with you and help you feel safe and good about yourself.” In this way, the targeted parent is aiming to fortify the attachment relationship without bringing the alienating parent into the picture at all.

It is also important to bear in mind that the list of strategies generated by the adult children is limited by what can be remembered by the adult children of PAS and by what they understand to be the actions that led to the alienation. It is quite possible that some of the strategies used by the alienating parents were so subtle that they remain outside the awareness of the adult children. This line of thinking is supported by a study conducted by Baker and Darnall (2006) in which targeted parents were surveyed regarding the strategies that they believe the other parent was using in the service of parental alienation. While there was considerable overlap, there were also some strategies only known to the targeted parents.

There were 11 identifiable pathways or catalysts for the adult children of PAS to realize that one parent had alienated them from the targeted parent. In many cases, this led to a reunion with the targeted parent and a distancing from the alienating parent. Most of the adult children of PAS mentioned only one catalyst. But it is more likely that a confluence of factors were present. Their memory may not provide a complete understanding of what actually allowed them to become aware that they had been manipulated. The “good news” is that there are many ways to get from manipulated alienation to awareness and autonomy. Targeted parents currently alienated from a child can gather hope from these stories that it is possible for alienation to be reversed and that there are many ways that this can happen. The “bad news” is that it is not clear what the specific steps are to make this process more likely to occur. Some of these stories are so idiosyncratic that it is not possible to draw definitive conclusions about how the process of becoming aware of the alienation occurred.

It is also notable that most of the adult children of PAS experienced this process as slow and painful, although in the end they were grateful to know the truth and to have a more balanced understanding of their parents. They were happy to have found their way back to the targeted parent and to learn that for the most part this parent was not a dangerous unloving person as they had been to believe. At the same time the awareness of the alienation led to a greater degree of conflict in their relationship with the alienating parent. For some this had occurred anyway as that parent turned on them. Nonetheless, awareness of the alienation created a greater degree of separation and lack of shared reality with the alienating parent than had been present in their relationship up to that point. As Alice Miller argued, denying the truth allows one to avoid acknowledging a painful reality. Not knowing something that is true entails a loss of self as one closes off parts of one’s own thoughts and feelings that – if conscious – would lead to the realization. Miller believed that the body holds onto the truth and that pain is incurred when the mind and the body are in conflict, “If your cognitive system asserts the opposite of what the cells in your body unerringly identify as the truth you will live in a permanent state of inner disorder”. For this reason, there was a palpable sigh of relief that could be felt as the participants described with candor the shortcomings of the alienating parent, including the reality that this person had put his/her own needs above the needs of his/her own children.