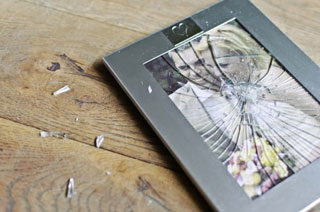 If you’ve ever wondered “what’s the reality of divorce?”—this one is for you.

The Inexplicable Reality of Divorce

A Mutual Parting of Ways

Some folks describe their divorces as a mutual parting of ways. They characterize their new relationship with their ex-spouses as a 50/50 partnership. They advise others of how possible it is to have a friendly, amicable relationship with an ex-spouse and they begin moving forward toward their redefined futures with hope and enthusiasm – gently closing the door on the past they agreeably (though still perhaps painfully) chose to leave behind. And while I am absolutely certain no divorce is without its share of pain and regret, I envy the folks who truly believe they mutually and amicably decided to part ways. That is not my experience.

The End of a 25-Year Marriage

My divorce came as the result of my ex-husband’s unilateral choice to end our relationship. I didn’t have an equal vote. We didn’t jointly decide to throw in the proverbial towel after years (or even weeks or months) of fighting. Nope, we didn’t have a knock-down, drag-out argument about our relationship. He began a relationship with someone else and, as a result, decided to end our marriage. Of course, I learned some of this after the path toward divorce was already being blazed.

He recapped our 25-year relationship as stagnant, dull, too friendship-based, and he just couldn’t envision living out the remainder of his years (especially as age 50 loomed large…only four years away) as a couple. It’s hard for a quarter-century relationship to compete with the throes of burgeoning, new love – especially if not all parties know the competition is underway.

I miss being married. I miss discussing what to have for dinner, what bills are due, and who is taking which kid to which event at what time. I miss deciding who will pick up the milk on the way home from work. I miss watching television together, going to events and activities together, and saying good night to the kids together. Perhaps I took those examples of daily couplehood for granted, but I was certain they would last a lifetime. Minimally, I guess I thought there would be fair warning and an opportunity for improvement before my marriage imploded. But, it didn’t work that way. As it turns out, my ex-husband’s decision to end our marriage came before I knew we had serious marital problems at all, let alone ones that rendered him unhappy enough to leave. For me, there is a nagging element of helplessness that comes with that experience.

How Could I Not Have Seen It Coming?

Sometimes I wonder how can I not have known he was so unhappy in our marriage. How can I not have guessed he had started seeing someone else? But other times I think, how was I not enough for him? How was I (and our life together) not worth fighting for? Obviously, I can’t explain my ex-husband’s point of view. He really hasn’t shared it with me, and I am not certain I would understand it if he did. And I probably wouldn’t agree with it anyway because it wouldn’t reflect my reality.

The Inexplicable Reality of Divorce

With divorce, there are so many unknowns and so much is left unsaid or unexplained. Trying to pick up the pieces and move forward when you still can’t put together what happened and why is hard. But it can be the uncertain reality of divorce. Despite that, there are a few things of which I am completely certain. No one deserves to be deceived, lied to, or gas-lighted – especially by someone who has been your lifelong partner. No one deserves to have the rug pulled out from under them or to basically be told they should have seen it coming because it was that obvious. No one deserves to be hurt and betrayed by the one who has pledged to love you the most.

For the record, I am worth fighting for. I always, always have been.