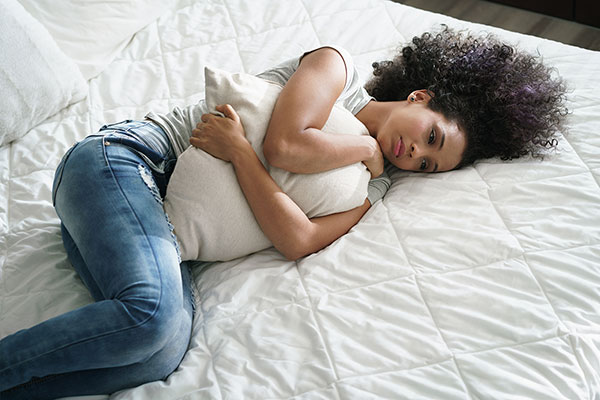 What happens to our friends when we divorce?

According to the research, women lose about 40% of their friendships when they divorce1 – particularly those friendships formed during their marriage.2

Why does this happen?

In talking to many women over the years, some of the reasons differ, yet still share a common characteristic: Fear, fear, fear. Fear of change, fear of feelings, fear of the unknown.

Why Do We Lose Friends When We Divorce?

People, including our nearest and dearest friends, typically don’t like to grieve, and consequently, don’t handle it well. We run from it, ignore it, and avoid it at all costs. And divorce involves grief, not just for the couple, but for those close to them as well. When the people we love hurt, we hurt as well. It’s called empathy. But our tolerance for discomfort is low; we don’t like it, and prefer it to just go away.

We want our friends to talk about their feelings, to be open and honest and vulnerable. That’s the basis for a strong friendship. And, as women, we listen to each other share, cry, grieve, share some more, and so on. But eventually, the negative feelings, frustration, confusion, anger, and sadness feels like too much and we prefer positive emotions, light-hearted stories, big smiles, and laughter. If levity isn’t forthcoming, or is infrequent, we create distance and pull away. It’s often not intentional, but it hurts the receiver nonetheless.

Due to your new “eligibility,” you might be considered a threat now that you’re single. When you were married you were part of a couple, which was off-limits and non-threatening. But that perception can change with divorce, and along with your newfound eligibility sometimes comes a perceived threat to the relationships of others. The thought, “just because she doesn’t have her own partner doesn’t mean I’m going to let her take mine,” is based on the fear of some termed “partner poaching.” It may seem juvenile, and one would agree, but it happens more often than you’d think. Upon hearing about my divorce, I remember a colleague of mine telling me, “Remind me to tell you how differently you’ll be treated by your married friends when you’re the ‘single’ woman in the group.”

She was right, but I’ll save that for another day.

For some, divorce feels contagious. You might be surprised to find that if a friends’ marriage is unstable or rocky, she might be more inclined to pull away from you for fear that her marriage will end up like yours. Ironically, a friend who shuns you in her own misguided way of saving her rocky marriage is truly not a good friend after all. Sometimes the earlier one learns this, the better, as the friendship itself was far from stable. Still, knowing this doesn’t always numb the sting that occurs.

The idea of “social contagion” is fascinating, as is the research involved regarding the phenomenon. A research team headed by Rose McDermott of Brown University analyzed three decades of data on marriage, divorce, and remarriage, collected from thousands of residents of Framingham, Massachusetts.

McDermott and her colleagues found that study participants were 75% more likely to become divorced if a friend is divorced and 33% more likely to end their marriage if a friend of a friend is divorced. “The contagion of divorce can spread through a social network like a rumor, affecting friends up to two degrees removed.” According to Sociologists, the phenomenon is called “social contagion.” It is the spread of information, attitudes, and behaviors through friends, families, and other social networks. But these findings are limited in that the study was conducted in the small town of Farmington where most residents either knew each other, were related to one another, or both. All were white, middle-class, employed individuals. The study is not an accurate representation of the country, much less a global one. But it does make one curious as to how those staggering numbers are generated. Could the ending of one’s marriage give others “permission” to examine their own marriage and its deficits? (That thought was familiar to me.) Is it that we often do have a “grass is greener on the other side” mentality? Regardless, the idea that divorce could be contagious, like the flu, could sound horrifying if you let it get into your head.

Divorce Can Push Friends Away

Aside from believing in “social contagion,” sometimes the stigma that still exists about divorce is enough to push friends away. Divorce may be viewed as a failed marriage, a broken family, something of which to be ashamed, thereby brandishing a giant Scarlet Letter across your chest. Although this may have been more common historically than at present, society still perceives divorce as quitting, as giving up, and not being strong enough to endure. All of these perceptions question one’s worth and value and stigmatize a person during divorce. Not wanting to be the “kind of person who gets divorced” is often the belief, as if there is a definitive “kind” in the first place.

According to sociologist Laurie Essig, “at least among the educated and affluent, divorce has become a source of shame, a mark of failure, a sign that you just aren’t working hard enough, or worse: are so incredibly selfish as to not consider the children’s needs. It is interesting that among highly educated Americans, about half of them think that divorce should be made more difficult.”

Many people also perceive married couples as “mainstream” and acceptable, and divorced people as part of a different culture, with more relaxed standards or morals. One study of young adults found that women who had been divorced more than once were viewed as being “immoral” or “deviant.”3

Even without the presence of “divorce stigma,” it’s important to recognize that friends do pick a side; maybe not right away, but eventually, they choose to side with one spouse over the other. Although this may lead to polarization, it isn’t uncommon when it comes to divorce. As human beings, we are comfortable with the status quo, the familiar, the reliable. Divorce changes all of that, splitting relationships right down the middle – literally. The norm might have included intact families all sitting together at kids’ soccer games, school events, etc. Divorce quickly changes that structure and creates a new normal. Often divorced couples sit on opposite sides of the park, the bleachers, each other, and that leaves many friends stuck in the middle and unsure as to what to do. Even in the most amicable divorces, there are two opposing sides, and friends do decide to align with one side moreso than the other.

Regardless of the reason, feeling abandoned by a good friend during your time of need hurts more than just a little. But it’s also important to recognize and appreciate the friends we have that share our values, who can relate, empathize, and be there for us, especially during difficult times. As Oprah Winfrey once said, “Everyone wants to ride with you in the limo, but what you want is someone who will take the bus with you when the limo breaks down.”