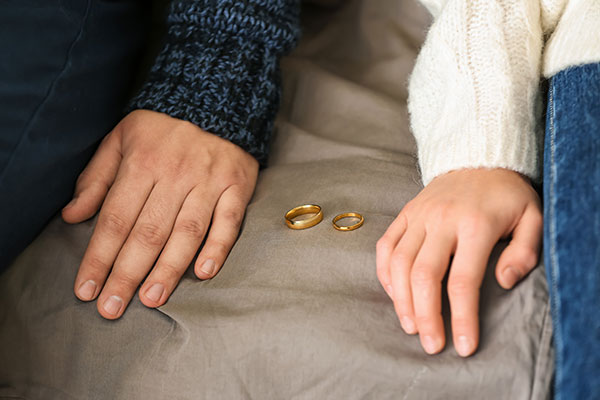 An annulment is a court order stating your marriage is not valid. It’s a legal procedure that essentially cancels your marriage for various reasons. Specific criteria must be met to obtain an annulment in Ohio. These criteria are known as “grounds.”

Grounds are legal reasons as to why the marriage should be annulled. The grounds for annulment differ from grounds for divorce or dissolution of a marriage.

There are six grounds for granting an annulment, and at least one must be met. Hiring a reputable and honest Columbus divorce lawyer is best to understand an annulment and its criteria in Ohio fully. Not only will they ensure that all the necessary information is given, but they will also fight to ensure the annulment is granted while fully protecting their rights throughout the process.

What is an Annulment in Columbus?

An annulment is given through court order in Columbus and the rest of Ohio. Essentially, an annulment makes it look as if the marriage never happened, and the marriage is officially terminated.

An annulment is not like a divorce. A divorce can be given for any reason, whereas an annulment must meet the qualifying grounds for nullification.  To begin with, an annulment is given to declare that the marriage is null and void and that it was never a legally binding marriage.

When a marriage is annulled, there is no property separation or sharing of debts.

What Are The Grounds For Annulment In Ohio?

In Ohio, the criteria that must be met to obtain an annulment prove the marriage was not real or illegal.

There are six grounds for an annulment in Ohio, and at least one must be met to have a marriage nullified.

Underage at the Time of Marriage

One way a marriage can be annulled in Ohio is if one of the spouses was under the age of consent at the time of the marriage. However, if the spouses continued to live together after the spouse came of age, the annulment would be harder to obtain

The marriage can be annulled if a spouse cannot consent to the marriage due to mental incapacity or incompetence. Essentially, the person was not in the right mental state to consent to marriage. However, if the spouses continue to live together after their mental competency has returned, it may be harder to prove an annulment is needed.

Another way to obtain an annulment is to prove that the marriage was fraudulent or that there was the force used to make the spouse consent to the marriage. Spouses that were lied to or given false information about their partner can claim the marriage is fraudulent. Spouses forced to marry their spouses can claim they were coerced into doing so. However, if the spouse discovers the truth and continues to live with them, it may be harder to prove fraud or force. Thus resulting in difficulty obtaining an annulment.

If the marriage occurs between two close relatives, the marriage will be considered void from the beginning. Even if the two individuals live together, share bank accounts, etc, the marriage is still not valid.

If an individual is already married, then their new marriage will be considered void from the start. This meant the marriage was never legal or binding. If the spouse seeking an annulment was lied to about the current marriage, they would also be meeting the fraud criteria.

What are the Time Limits for Seeking an Annulment in Ohio?

Hire a Reputable Divorce Attorney Near You

A court proceeding will be required to get an annulment. Any evidence proving your claims must be presented at the court proceeding.  An experienced divorce lawyer can provide more detailed information on the annulment process and what to expect at the hearing.