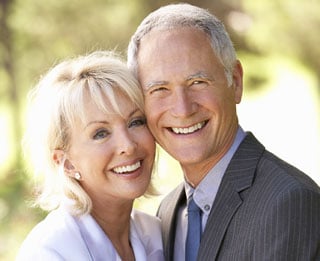 If you are in an unhappy marriage, divorce prevention is still possible to avoid separation and improve your relationship. As it’s said:

“The worst reconciliation is better than the best divorce.”
– Miguel de Cervantes Saavedra

There is a prevailing myth that the odds of being divorced in the US are 50/50. Fortunately for all of us, that is just not true. This urban myth has been repeated so often and for so long that most people treat it as a fact, but it is not.

The truth is that this “fact” is the result of misreading two different bits of Census data that are not comparable, and coming up with a “divorce rate” that is “one half” of the “marriage rate”, and treating the “apples and oranges” division as a mathematical fact. Wrong, wrong, wrong. Marriage rates and divorce rates are NOT comparable, any more than dividing one apple in half yields one half apple and one half orange.

The reasons for recurring divorce are not mysterious. Some of the best research on the long term effects of divorce has revealed that 10 years after their first divorce, 90% of men are emotionally unchanged in their attitudes, feelings, and reactions to the breakup of their marriage. A majority of women were still wounded by their divorce after 10 years, but a much smaller percentage than the men.

Another reason for recurring divorce is also a result of the way men handle their divorces. Research has shown that men are much more likely than women to begin dating again before the conclusion of their divorce and to remarry in a relatively short time after the legal divorce is finalized. This pattern of replacing “the wife” with another, sometimes “newer model” rather than learning from the experience and changing one’s relationship behavior, virtually guarantees another case for divorce lawyers.

Just to be clear – your best divorce now does NOT mean quickly replacing the “defective” spouse with a new model, and “moving on”.

Researchers who have studied divorcing couples have used a variety of tools to try to understand the nature and the intensity of divorcing couples. Usually, these studies use tests and questionnaires of the parties along with individual and joint interviews of the couple. One highly regarded study classified these troubled couples into “high conflict” and “low conflict” groups.

The low conflict couples interactions were characterized by avoidance and low communication but little arguing. My experience with these couples has led me to conclude that a number of different factors can lead to this pattern. Sometimes, one or both of the parties are depressed and withdrawn. Other times, one spouse is a workaholic and the other has just given up. The third group is committed to the marriage, for personal or religious reasons, and both parties have invested in work or children’s activities and are determined to “stay together for the kids” while sacrificing marital satisfaction.

The high conflict couples’ relationships were characterized by frequent arguments and sometimes by violence. These are the couples who just are unable to disengage. If they have a disagreement, no matter how trivial, they just have to say something to their spouse. Discussions are mostly about “winning” or being “right”, not about understanding or compromise. For these couples, discussions nearly always escalate into arguing, and over time into name calling, cursing, pushing, throwing objects, and physical violence. In my experience, many of these couples, especially those with children, continue this pattern, UNCHANGED, long after the divorce is final.

As it turned out, more than 70% of the divorces occurred in low conflict couples. Unfortunately, once the legal process begins or sometimes even after the divorce is over but one spouse remarries, about one fourth of these low conflict couples raise the level of their conflict to become a member of the “high conflict” group.

For many of the low conflict couples, divorce could probably be avoided if both spouses committed to their own counseling, and stuck with it to a successful conclusion.

Most Unhappiness Is Temporary

One of the reasons most frequently heard from people contemplating divorce is that they are “unhappy in my marriage”. And when these people consult an attorney about a divorce, many explain that this “unhappiness” is the reason that they want to start the legal process.

Conventional wisdom about marriage has long held that the best thing to do if your marriage is not going well at any moment in time is nothing. “Just wait, it will get better” has been the trite and oft repeated advice heard from friends and families. For people who are under stress and having ongoing disagreements with their spouse about money, kids, or some other life challenge, this advice seems not only low in empathy but completely senseless.

Now marriage research can provide some scientific support for the conventional wisdom and help you to see divorce prevention in a new light. Long-term investigations of married couples have found that 80% of married couples who were “very unhappy” at the beginning of the study were satisfied with their relationships when followed-up five years later. It would seem that most of the stresses of adapting to changes in living – new jobs, new children, new financial challenges – seem to get worked out as time goes by.

Other writers have focused on the American preoccupation with “happiness”. Most agree that happiness is the unintended by-product of a life filled with focus on service, family, and meaningful work. Ironically, people who make happiness the primary goal of their lives seldom find it. People who find their own passions for work and play, and pursue both with equal vigor, seem to be the happiest, but only in retrospect.

One significant caveat – when your spouse is addicted and/or abusive – the misery associated with these patterns of behavior is not going to get better with time but rather will get increasingly worse. Only good professional treatment has been successful in changing these addictions and repairing the damage done to relationships as a result. So if your spouse is abusive or addicted, get them help or prepare to leave to protect your children.

A note about infidelity: many couples survive an episode of infidelity by one of the spouses and manage to re-establish trust and go on to have a better relationship than before. This positive outcome is usually the result of a strong faith, a good support system for the couple, and counseling for both spouses. When infidelity is a pattern for one or both of the spouses, the odds of staying married are very low.

The bottom line: The numbers say that if you are in a low conflict marriage but are “unhappy”, the smart thing to do is stick it out with divorce prevention — it will get better. Don’t suffer through it, get help from a professional who can help you develop a more positive attitude about your life and your marriage.

– Excerpted from When ALL Else Fails: Minimizing the Damage Before, During, and After Divorce (Paradox Press, Dallas, 2013) by Kevin Karlson (JD, Ph.D.)