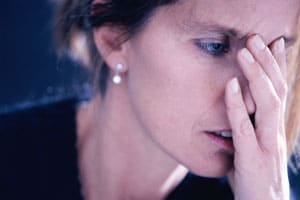 I’m debating writing a second book and calling it “Death and Divorce”. I thought that I was finished with my ex-husband when we divorced and he got everything. He barred me from the children, aided in no small part by his mother, “our church”, and my father. I even have the letter my father’s wife wrote regarding how the family wanted to hide his death from me in order to continue barring me from my children.

Divorce is divorce, and it is more stressful than a death because it lacks finality. Whether you are divorcing a narcissist, a community of narcissists, or just a normal person, there is an expectation of continued contact. I suppose I had expected at some point my children would grow up and seek me out, and, thus, I’d be required to have some, limited contact with their father.

This isn’t to say I had looked forward to it. In fact, when they played “Joy to the World” (the Christmas Carol) at his September 2014 funeral, I couldn’t bring myself to sing. I quietly looked for the hidden cameras with a tear on my cheek. I was afraid to be judged, so I was afraid even to cry. Truth be told, no one wanted me at that funeral. My aunt told me not to go given “your feelings towards….” Funny, when I asked her to tell me my feelings, she had no answer.

I went to the funeral for two reasons. The first reason I went to his funeral was to say goodbye to a man who destroyed me but who I had been madly in love with when we married and was the father of my children – the man who broke me because it wasn’t enough that I made him my world. The second reason was for my children. “What does it say to my children, aunt_____, when their father dies and their mother doesn’t show up?” Again, no answer to that one.

So, after I spent three days throwing up on the bathroom floor upon learning of his death, I picked myself up and decided there should be a handbook written on the subject of dealing with the death of an ex-spouse. I’m still kicking that around, given that my parents are also divorced and my father’s death in December of 2015 has added to the drama around death and divorce.

I am thinking about gearing this handbook mostly for the adult kid of divorce. However, I’ve got some thoughts about the death of an ex-spouse that I wanted to share, maybe because my ex-spouse’s birthday has just passed on July 11th and I am thinking about that time of my life.

5 Tips to Keep in Mind When Grieving An Ex-Spouse’s Death:

1. Go to the Funeral

Consider it an opportunity for healing and forgiveness that could never come during the time your spouse was alive. In my case, I stayed away from his family on purpose. I did speak to a former brother-in-law briefly after the service, but I got in and got out. All of my children gave me hugs and even thanked me for coming. If you have children who have just lost their parent, it is important they see you supporting them during this time. Allow them to talk about the other parent and share with them positive memories (this might be difficult, but I reminded myself it’s about the kids now, he’s dead after all, and contrary to popular belief, I never did hate him).

2. Honor Yourself and the Bond You Once Shared

The death is really the severing of all ties. In death we are truly liberated from the ties that bind. I even wrote a letter forgiving my ex for his trangressions after his funeral. His death has allowed me to finish raising my two youngest children that are now 15 and 16, and gives me hope that my almost 20- and 21-year-old children will eventually come back into my life. The bond of marriage is real and powerful – that’s why divorce is so painful. Death after a divorce is the ultimate release and can, ironically, give you new life.

3. Don’t Let Others Dictate to You How You Grieve

Grief is a  funny thing; it sneaks up on you. A divorce is a terrible event that one can grieve for long after it’d be expected – same with grieving an ex-spouse’s death. Who would have thought that six years after my divorce was final I’d throw up for three days after hearing he died? It can also bring new wounds, as it did for me when I had to have a custody battle and a grandparent visitation battle with his family. (My attorney calls my case the dead daddy case, because we even had a hearing against him after he died. It was nasty.) Honor your need to grieve, because if you had a long-term and intimate relationship (like marriage), odds are upon hearing the words “______ died”, odds are you’ll feel something.

4. Think About Getting a Coach if You’re Stuck

Coaches are different than therapists, and since I’ve taken on my role at Empandia, I’ve realized that getting a coach to help with the issues that come from a relationship ending (the grief and crisis type of issues) can be really beneficial.

While I was preparing for the journey to say goodbye and preparing to go into the lion’s den (sometimes the viper den in my mind) to attend the funeral, I was singing this song from childhood: “Be Not Afraid”. Over time, its meaning has changed for me, but the message is the same: Be not afraid. It is daunting, but there is a finality to this process and a life for you on the other side of it.

If you are grieving an ex-spouse’s death and trying to navigate through it, know that you are not alone. I am here. I would be happy to share more on this topic or to help in any way I can. Please feel free to leave a comment.