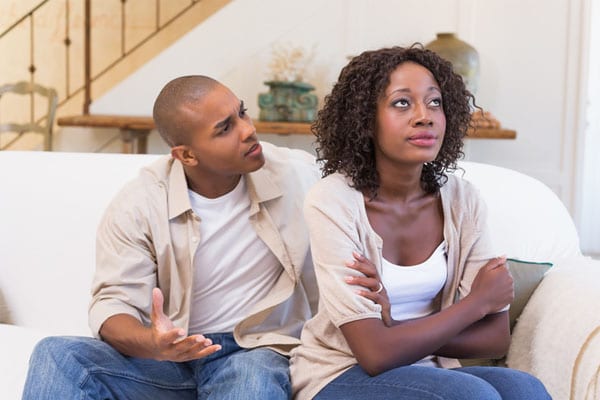 Dr. John Gottman, founder of The Gottman Institute, has studied married couples for more than four decades and is known for identifying predictors of divorce with over 90% accuracy.

His work has been mentioned in dozens of publications over the years. Much of his work primarily looks at what makes a marriage work or not.

It is not surprising that his conclusions focus on communication patterns or habits that couples have gradually evolved to in their interactions with each other.

He even came up with a name for some of the worst communication patterns couples have. He calls these four communications patterns the Four Horsemen of the Apocalypse, which include criticism, contempt, defensiveness, and stonewalling.

Communication Patterns that are Predictors of Divorce:

Contempt: The Most Destructive in a Marriage

Of the four, Gottman says that contempt is the most destructive as it makes the spouse who is on the receiving end feel despised, worthless, and “less than” they should be. Contempt is a severe form of disrespect and can damage a marriage more than anything else. Examples of this treatment include name-calling, mimicking, angry/hostile responses, and negative body language such as eye-rolling, sneering, and inattention when the partner is trying to talk.

Next, defensiveness is a normal response to being accused of something or criticized. Both criticism and defensiveness worsen the quality of a couple’s communication and harm the relationship a little bit more each time this negative action-reaction scenario takes place.

Dr. Gottman defines stonewalling as an action where a spouse withdraws from interacting with their partner, refusing to participate, and essentially becoming unresponsive. This behavior can be as damaging as negative verbal interaction. Stonewallers simply don’t want to engage in further confrontation.  Yet, while walking away might seem good at times, a refusal to continue a discussion sends an “I don’t care” message.

What these destructive communication patterns do is overshadow the good, positive qualities the relationship has had in the past. Criticism, contempt, defensiveness, and stonewalling break down and destroy what was or may still be good in a relationship.

These positive qualities of a relationship are then diminished because of how the couple has come to respond to one another even in the most simple of confrontations.  The spouses may completely forget what they have had together in the past.

Yet, if a couple can stop and think before reacting and use simple tools to improve communication, there is hope for rebuilding.  The solution to resolving these and related problems focuses on restoring consideration, respect, and appreciation for each other.

When a relationship is new and fresh, consideration, respect, and appreciation come naturally, but as a relationship progresses, these things can either grow or slowly decay. While some couples seem to maintain these kindnesses through the years, most couples will need to put conscious effort into communication, which is key to a strong relationship.

David comes home after a long day at work. He is as tired as is his wife, Carol, who also put in a full day at work but prepared dinner when she arrived home. David hadn’t called to let her know he would be home late. Here is the conversation:

David walks in the door and Carol glares at him. He says, “I’m beat. I’m going to watch some TV.”

Carol responds, “That is so like you. I made dinner.”

“You should have told me. You know, you are always looking for something you can attack me with,” David says. Carol takes the warmed dinner out of the oven and throws it in the garbage and turns her back to him. David rolls his eyes and goes into his den, slamming the door.

This entire scene is a good example of a pure lack of consideration, respect, and appreciation. It includes all four of Dr. Gott’s apocalypse: contempt, criticism, defensiveness, and stonewalling.

From this scene alone, it is impossible to know what the couple’s normal dynamic is. This could have been an isolated incident, or it could just be typical of their current relationship interaction. Yet, you can easily spot the issues.

Here is how it could have turned out much better:

David could have called, but then Carol could have let him know she was making dinner, which wasn’t a nightly ritual. If he had called, Carol would have known not to expect him earlier. When David walked in the door, he could have said that he was sorry to be late, but a meeting had run over.

Carol could have said that she wished he had called, but it was okay and he could have responded by saying that he should have called and thanked her for making dinner. A hug might have been a nice touch. This altered scenario would have defused what actually transpired and demonstrated compassion and caring on both sides.

Couples in a communication crisis – when their marriage is not on firm grounding – tend to fall into a negative action-negative reaction pattern (or criticism followed by defensiveness) as we saw in the case above. There were also elements of contempt and stonewalling.

If elements of consideration, respect, and appreciation had been communicated instead, how much better would have David and Carol’s evening turned out?

Interactions like this one can build on one another if allowed to continue without change. If a couple is beginning to move in a negative direction with the way they treat each other, they need to take steps to resolve what is going wrong and if they are unable to do it alone, professional help may be a good step.

As a relationship and divorce coach, I always try to help couples work through their issues, and almost every time it comes down to the “consideration, respect, and appreciation” element. Usually, every couple still has feelings for their partner, but each has forgotten how to communicate it.

The first step in rebuilding positive communication is for each spouse to take personal responsibility and not place blame on their partner. With that in mind, open communication is vital. The couple needs to sit down and discuss what they each feel is going on with their relationship, what they feel is missing, and how they can get back on track again.

There is almost always hope for regaining balance and happiness if there is a desire to bring back the feelings of what originally brought a couple together. This can be tackled by incorporating the most vital communication elements crucial in a loving relationship: demonstrating and receiving consideration, respect, and appreciation.