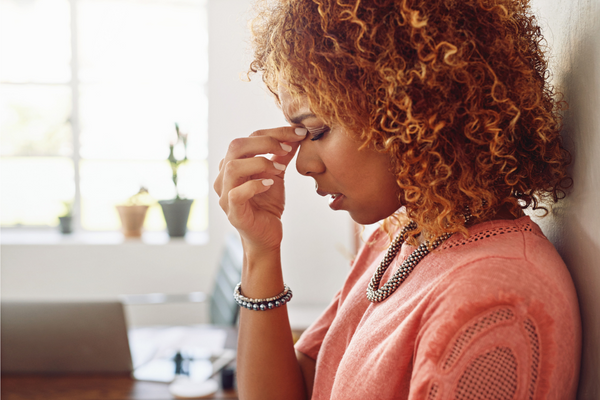 The emotional and financial effects of divorce can extend 2, 4, 8, or longer years into the future. How long your recovery takes depends on what stage of the emotional process you are in when the decision to divorce is made.

Since divorce is not normally a decision, both spouses come together, it makes sense that one spouse will be further along in the emotional process than the other. You may both go through the legal process of divorce at the same time, but how you are feeling emotionally will vary.

It only makes sense that the spouse choosing to divorce will have a better chance of recovering more quickly, both emotionally and financially.

The Realities Of Divorce For Women

Below is a look at some common divorce statistics pertaining to women and divorce:

Let’s look at divorce from the woman’s perspective. She will fare better emotionally because, more often than not, she is the one who has already distanced herself emotionally from the marriage and her husband. That means less work to do on the emotional front!

On the other hand, divorced women end up with most of the child-rearing responsibilities, have a greater chance of living in poverty, and only about 75% actually receive the child support their ex is ordered to pay. In other words, no divorced mom has ever lived on child support alone.

This knowledge should motivate you to get your financial ducks in a row before leaving the financial stability that marriage has to offer. If you are a stay-at-home mother who has been out of the workforce, getting back to work and building a career will keep you and your children from suffering financial hardship after the divorce and being dependent on a man you no longer wish to be married to.

Emotional Realities of Divorce For Women

Although women and children are more likely to suffer financially post-divorce, women will more quickly adjust to being single again than men. This is a good thing because; if you fail to prepare yourself financially, you are going to need all your emotional energy to deal with the financial issues.

So what is in store for men on the emotional front? They are 10 times more likely to commit suicide after divorce, and the ones who do are often depressed and remarry quickly to cope with the depression. In other words, men don’t fare as well on the emotional front as women when it comes to accommodating and adjusting to divorce.

A man who is left is most likely to extend the stress level of both spouses in an attempt to reconcile the marriage. And, once that doesn’t happen is more likely to become angry and vindictive in response to the loss of the marriage and time with his children.

But, his emotional lot in life will be made easier by the fact that he will be better off financially than his ex.

My suggestion for women, although your decision to divorce is most likely based on how you feel emotionally do not fail to take into consideration the financial implications of your decision. And don’t take your first steps toward divorce before you have gotten all your financial “ducks in a row.”

There is a myth floating around that women receive alimony, the assets are split equitably, and an ex will be held responsible if he doesn’t pay. Nothing could be further from the truth; once you are divorced an ex-husband may have a court order to pay alimony and child support but, will he?

Cathy is a Master Certified Relationship Coach and a certified Marriage Educator. She is also the Managing Editor of DivorcedMoms.com. For 11 years, Cathy was the About.com Expert to Divorce Support where she covered all aspects of the divorce process. And in her spare time she blogs for the Divorce vertical of The Huffington Post.