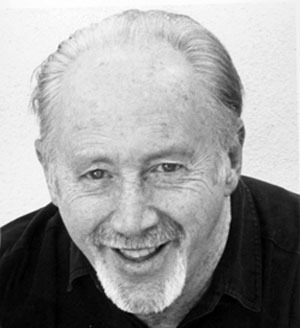 Divorce Magazine: When most people hear the word “grief,” they automatically think of death. Yet in your literature and in your book, you seem to always present death and divorce as two of the primary grief or loss issues. How do you define grief so that it includes divorce and losses other than death?

Russell: We define grief as the conflicting emotions caused by a change or an end in a familiar pattern of behavior. The death of a loved one creates an obvious change in the familiar. Someone who has always been here is no longer here. I was fifty years old when my mother died. The “habit” of my mom being there every day of my life was constant, even though for the prior thirty years we hadn’t lived in the same geographic area.

By the same token, when my wife and I separated and divorced after 12 years of marriage, the habit and familiarity of being married — the habit of going home to the same place and the same person — and even the habit of our problems in the relationship came to an end.

Divorce: What do you mean by “conflicting feelings?”

Russell: Probably the best example of conflicting feelings is associated with the death of a loved one after a long-term illness. When someone you love has been ravaged by cancer over an extended period of time, and has suffered massively, one of the many feelings you might experience is “relief.” It is legitimate to feel a sense of relief that your loved one is no longer in pain. At the same time, it is likely that your heart is broken because of the fact that they have died. The conflicting feelings are “relief” and “sadness.” Here’s another way that the same feelings can occur: My mother died suddenly. For me, whenever I think about it, I am glad that my mother did not suffer over a long period of time. But, at the same time, her death broke my heart.

Divorce: How would you define conflicting feelings in divorce?

Russell: Again, it is truly possible to feel a sense of “relief” that the problems, the fighting, and the difficulty of the marriage are over. And, at the same time, to feel “devastated” that the hopes, dreams, and expectations of what that marriage was supposed to mean have not been realized. By the time a divorce proceeding has begun, many people have already become clear that their hopes and dreams are not going to become a reality, so they may focus on the “relief” they’re feeling and temporarily forget about the broken dreams. Relief is often perceived to be a positive emotion, but it’s actually more of a comparison to the way things were than a positive feeling in it’s own right.

Divorce: You have also defined grief as it relates to “familiar patterns of behavior.” Would you explain that?

Russell: Relationships are habits. You may recall that earlier I said that the “habit” of my mother being there every day of my life was constant for fifty years, even though we no longer lived in the same community.

Divorce presents a similar end in a familiar pattern. My wife and I lived together for 12 years. Even though we had many struggles, which led to our eventual divorce, we were both very familiar with each other and with our problems, as well as our virtues. It’s reasonable to say that we had each accommodated the other’s flaws in an attempt to make our dream of a permanent marriage come true. Eventually, for one or both of us, the burden of accommodation grew too heavy. Even though we had our struggles,ýwe fought valiantly to stay together. Knowing what I know now — both personally and professionally — I can see clearly that the battle was to stay with the “familiar.” Most people are aware of the phrase, “Better the devil I know than the devil I don’t know.” That is not to imply that our former mates are devils, but it explains why so many couples stay together when they shouldn’t. More often than not, the pull of the familiar is why people keep getting back together when staying apart would be best for all concerned.

Divorce: Your use of the words “familiar” and “habit” seems to make the possibility of recovery from the ravages of divorce more accessible. Is that a realistic idea?

Russell: Very much so. The problem is that most of the mechanisms we use to deal with grief or loss are unnatural and unhelpful. The information we have for dealing with loss tends to induce us to translate our emotions up into our intellect: “Don’t feel bad: he/she wasn’t the right one for you.” We are left like a rudderless ship trying to use intellectual paddles to negotiate in a sea of emotions. Intellect is the wrong tool for the task of dealing with a broken heart. Grief is a normal and natural emotional reaction to loss of any kind.

Divorce: It’s safe to say that separated or divorced people feel bad quite often. Are you saying that feeling bad is good for them?

Russell: I’m not saying that feeling bad is either negative or positive, but rather that it’s a normal and necessary reaction to loss. And that well-meaning friends, relatives, and even professionals who almost automatically utter the phrase “Don’t feel bad,” will unintentionally create a wall between themselves and the person they are trying to comfort.

Divorce: Are you suggesting that it’s unhelpful to tell someone to cheer up — not to feel bad?

Russell: Suggesting would be a very mild word. If it were up to me, I’d command every person on earth to never utter the phrase “Don’t feel bad” to any other living human being. I don’t know of any other phrase that more diminishes, destroys, and un-dignifies another person than to be told not to feel the way they feel. We went to great lengths in The Grief Recovery Handbook to demonstrate how damaging this is. Advising people to not feel what they’re actually feeling puts them in conflict with their nature. In our new book, Helping Children Move Beyond Loss [ed.: published by HarperCollins], we go into even greater detail to explain the essential flaw implicit in well-meaning parents telling children not to feel bad.
Think of it this way: if you’re having a really good day and you tell someone about it, they’re not very likely to tell you, “Don’t feel good.” But if you tell them you’re having a rough time, they’re very liable to say, “Don’t feel bad.” All of this translates into a very simple and incorrect idea: sad, painful, and negative feelings are not okay, but happy and positive feelings are welcome. If someone tells you they feel bad, they are telling the truth about how they feel. When the response to the truth is, “Don’t feel bad,” the safety for telling the truth has been stripped away.
Let me illustrate. When we do lectures to large groups of people we often ask this question: “How many of you like being lied to?” Of course, not one hand is raised in a room of a thousand people. Then we ask: “How many of you have ever lied, when asked how you feel, and you’ve said ‘fine,’ when you actually felt lousy?” Every single hand in the auditorium shoots up.

Divorce: As you set those questions up, I realized that I would have been like everyone else in that hall. Why is that?

Russell: We have all learned to feel “unsafe” about telling how we feel because when we tell the truth we are judged, criticized, analyzed, and punished. Watch it again: “Hi, how are you today?” “Not so good.” “Ah, well, don’t feel bad, tomorrow’s another day.” The person who feels bad knows tomorrow is another day, but that has absolutely nothing to do with how they feel right now. Can you see how it robs dignity when someone tells the truth and then is immediately told not to feel the way they feel? After all, they’re not stupid, they’re just unhappy. It’s no wonder people begin to lie and say that they’re fine when they are not fine at all. This is such a huge dilemma that we once wrote a feature article entitled “I’m Fine and Other Lies.” That concept became a section heading in The Grief Recovery Handbook.

Divorce: Can you give a short synopsis of the problem and some idea of the solutions for our readers?

Russell: In simplest terms, by the time someone is in the throes or the aftermath of a divorce, they have already accumulated a lifetime of information — or misinformation — about dealing with loss. In a crisis, we automatically return to old behaviors and old beliefs. Therefore, we will try to use what we know about dealing with sad, painful, or negative feelings to help ourselves, or others, deal with the massive conflicting feelings caused by divorce.

The real problem with recovering after loss is not the loss itself, but how we deal with the experience. Divorce itself is not the problem; the real culprit is the set of beliefs that you bring to the problem. If you have pre-conceived notions about how to deal with pain that don’t allow you to feel it, you’re going to end up very frustrated. The belief that “Time heals all wounds,” for example, may not be useful to you in recovering from a divorce. You may have a very long wait. To show that time does not heal, I use an analogy: “If you went out to your car and discovered that it had a flat tire, would you pull up a chair and sit and wait for air to get back into your tire?” Obviously not. It is clear that for air to get back into your tire, some actions would have to be taken. Sitting and waiting would not be effective actions — at least not until you had taken the action of calling the auto club to come and fix your tire. That is precisely why the sub-title of our book is “The Action Program For Moving Beyond Death, Divorce, and Other Losses.” Action is fundamental to recovery.

Divorce: So one of the keys to recovery from the emotional devastation of divorce is to look at your old ideas about dealing with loss, replace them with more effective ideas, and then take new actions that will help you move beyond loss?

Russell: I couldn’t have said that better myself. I would just add that the objective is to help people complete their relationships. Any relationship that leaves unfulfilled hopes, dreams, and expectations will inevitably leave unfinished emotions that need to be experienced. Having done this, people can once again resume a productive and happy place in the mainstream of their lives — even though their lives are very different than they were before the divorce.