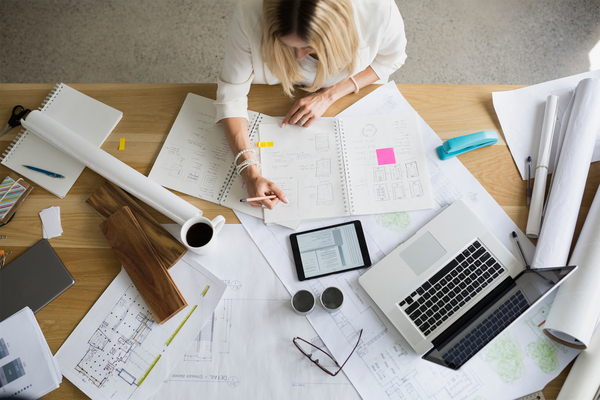 It is a new year and the beginning of the 2020s.  Whether we are entering the new Roaring Twenties or the “terrible twenties” remains to be seen.  Either way, the New Year is a time for reflection and change. We contemplate what to cast aside and what to nurture in our lives.  It is not surprising that January is a busy time for new divorce filings.

Many people try to handle their divorce without legal counsel. As a divorce attorney, it is not uncommon for clients to seek representation months or even years into their divorce.  Many of these individuals face recurring pitfalls that could have been avoided by consulting divorce counsel sooner. This article discusses three common pitfalls that arise when spouses divorce without legal counsel.

In California, property earned or acquired during marriage, and before separation, with some exceptions, is community property, meaning both spouses own the property equally.  Property acquired after separation, with some exceptions, is the acquiring of a spouse’s separate property, meaning the acquiring spouse owns all of it. Because the date of separation may determine a property’s character, the date of separation may have important financial implications.

The “date of separation” means the date there is a complete and final break in the marriage.  When couples separate, the date they separate may not be clear cut. Spouses may want a divorce, but they may not tell the other spouse for months or years.  When they do finally, they may discuss it orally, rather than in writing. Even then, spouses may not act consistently with separation.

They may be too busy at work, or the holidays may be approaching.  There may be domestic violence, where a spouse is afraid to tell the other that he or she wants a divorce, or spouses may believe they have nowhere to go if they were to leave the marriage. Others may simply not know what they need to do to separate from their spouse.

In years past, for couples to be considered separate, they generally needed to live separately, which usually required one spouse to move out of the family residence.  Under current California law, however, such drastic action is not required. Now, courts will consider two factors: (1) Has one spouse expressed to the other his or her intent to end the marriage?; (2) has that spouse acted consistently with that intent?  If a spouse sufficiently establishes these factors, the spouse may define the separation date even if the spouse is not ready or able to live separately.

When a marriage is ending, sometimes just taking the painful step is the best strategy.  Other times, the spouse may wish to dissolve the marriage more deliberately. Divorce attorneys will often advise clients on steps to establish their separation or assess actions the other spouse may have taken, if any, towards separation.

Although there is no way around the act of expressing to the other the intent to end the marriage—ideally in writing—beyond that, so long as the clients’ actions are consistent with ending the marriage, a court may consider all relevant evidence in determining the date of separation.  This may empower individuals to take control of the end of their marriage, rather than allow circumstances to dictate its end.

Whether a spouse would benefit from an earlier or later separation, by consulting with an attorney, they are able to make informed decisions about how and when to end their marriage to meet their goals.

Frequently, divorce attorneys meet with spouses who have been separated for an extended period, but neither has filed for divorce or if a divorce has been filed, the case has remained dormant.  Whatever the reason for a long separation, without the assistance of counsel, a long separation may cause accounting and reimbursement issues that complicate a divorce and make it more expensive.

Spouses claiming a separate interest in commingled accounts bear the burden of tracing their separate property deposits and gains. Tracing may require documentary evidence of the source of deposits and detailed records of expenditures. In some cases, spouses may need to retain the services of a forensic accountant to analyze deposits, purchases, payments of interest or dividends, transfers, and withdrawals to segregate the separate and community interest. By consulting an attorney early, spouses may avoid unnecessary accounting issues caused by post-separation commingling.

Thus, if post-separation living expenses are paid from a community source or paid using another spouse’s separate property, the other spouse may be entitled to reimbursement.  This often occurs when spouses continue to use joint credit cards after separation and one spouse pays with his or her post-separation earnings. The longer the separation, the more challenging it may be to true-up reimbursements.

Consulting an attorney at the beginning of your divorce case is essential for creating a plan to reduce commingling and to minimize or streamline reimbursement issues.  With the assistance of counsel, spouses can identify separate and community property, income and expenses, and create a plan for each. It is especially critical to consult an attorney immediately in egregious cases where there is a risk that one spouse who is in control of the finances has moved or hidden money in an attempt to deprive the other of his or her interest, or may try to do so.

A common reason spouses delay in consulting with an attorney is to save money.  One of the common risks of having a divorce without counsel, however, is that both spouses may have different ideas about who should get how much in the divorce.  One spouse may have unreasonable expectations on property division, and another may have unreasonable expectations on support. When spouses attempt to negotiate without counsel, one or both may be relying on something they read on the Internet or heard from a friend, which may be incorrect or misapplied in the context of the case.

Essentially, it is as though the spouses are speaking different languages, which may lead to animosity and a stalemate in the negotiations that is difficult to move beyond. On the other hand, where both spouses are represented by competent counsel, the negotiations should be based on a shared legal framework, which can aid in filtering out unreasonable positions.  Although there may still be disagreements, counsel may assist spouses in focusing on bona fide disputes and eliminating claims that lack any legal or factual basis.

Individuals often delay hiring counsel in their divorce case for as long as possible to save money.  While it is certainly true there are unscrupulous lawyers who take advantage of clients in vulnerable positions, proceeding with your divorce without legal counsel is rarely a good idea. Consulting with competent counsel early will save spouses considerable time and money.