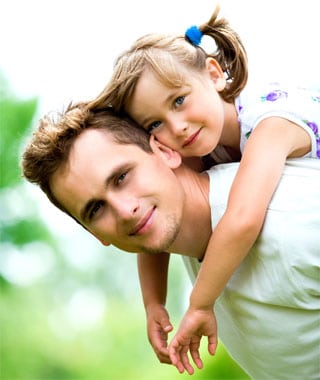 In Ohio, the courts prefer to use the term “visitation” with non-parents such as grandparents, other relatives, or persons who have court-ordered time with children. While the term “visitation” was once  used for parents also, there was a movement to change that term since parents are not deemed to be merely  “visiting” with their children but instead are deemed to be exercising “parenting time.”

The Existence of Different Reasons for and Types of Supervised Time

In either type of situation, there are sometimes orders, from the courts, regarding supervision of a parent or relative’s time with a child or the children. There are different reasons for imposition of supervision and different types of supervision.

Reasons for Imposition of Supervision

Supervision of time for a parent or relative may also come about if there is concern raised with the court regarding the safety of a child. Safety can be such an issue due to alleged sexual conduct with the child, alleged drug use in the presence of the child, the making of inappropriate comments to the child, or other issues. At times, the courts may order supervision until some sort of investigation is completed by court personnel or a guardian appointed for the child by the court.

While there may be no actual concern that a parent or other person will harm the child per se, sometimes “supervision providers” are used for pick-up and drop-off facilitation when a parent has a Civil Protection Order against the person who is to see the child but cannot be around or communicate with the other person. In these instances, the child might be  dropped off with the supervisor and then, after the parent leaves, the other person can come and either be with the child (depending upon what an order states) or leave with the child and return later to drop the child off before the parent returns to pick up the child.

Supervision may be used to provide a neutral place for a child to “get to know” a parent or other person or to be reintroduced to them. Supervision may also be used for situations where child abduction is an issue.

Some organizations have their supervisors take extensive notes when parenting time or supervision is occurring.  These notes can include notes about the interaction of the child with the person who is seeing them and even their actual conversations.

The “supervision” can go from someone being present at all times to someone just “checking in” every so often.

As stated before, the “supervision” may just entail provision of a safe drop-off and pick-up location.

The courts and most parties are willing to be creative in formulation of orders so that it is ensured that children can be granted access to and time with important people from their lives in a safe situation. There is no one answer to the questions which arise in this area, but there are a number of ways to create innovative solutions.

Any order should have some sort of terms as to how and when it can be reviewed, revised, or terminated, and if there are notes to be taken or reports to be provided by a supervisor or facilitator, then the issue of who is to receive these notes or reports should be addressed in the order.