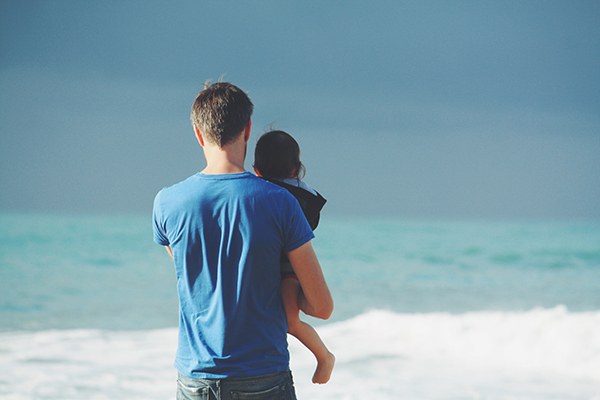 Child custody disputes are never simple or easy.  Custody disputes where the parents and children are not in the same state (or even the same country) are among the most procedurally complex and emotionally charged issues that any family law litigant and/or attorney can face. Such disputes are becoming more and more common in today’s globalized and mobile world.

Recently, actress Kelly Rutherford has made headlines on this very situation after being locked in a contentious custody battle with the father of her children who resides in France. Ms. Rutherford’s heartbreaking battle demonstrates just how important it is for parents to become familiar with and at least obtain a basic understanding of the rules and procedures that come into play when dealing with a multi-state or international child custody dispute.

Generally speaking, the initial procedural components of these multi-state and international child custody disputes are governed by the Uniform Child Custody Jurisdiction and Enforcement Act  (commonly referred to as the “UCCJEA”) and the Parental Kidnapping Prevention Act of 1980  (“PKPA”; 28 USC §1738A). In the USA, the UCCJEA has been adopted by 49 U.S. States, the District of Columbia, and various other territories. If the case involves an international child custody dispute, the Hague Convention on the Civil Aspects of International Child Abduction adopted on October 25, 1980 and the International Parental Kidnapping Crime Act (18 USC §1204) may also be applicable.

In any multi-state or international custody dispute, the first question is usually “Which court in which state or country should initially handle the case?” In slightly more legal terms, this means that the threshold issue is “Which state or country has initial jurisdiction over child custody and visitation issues under the Uniform Child Custody Jurisdiction and Enforcement Act?”

To answer this question, the UCCJEA requires a determination of which state or country is the child’s “home state.” A child’s “home state” is the state in which the child has lived with a parent (or a person acting as a parent who has had physical custody) for at least the six months immediately preceding the custody action. If the child is less than six months old, then the “home state” can be the state in which the child has resided since birth. The corresponding provision under the PKPA is substantially similar in this regard.

If no state fits the “home state” criteria or the “home state” has declined to exercise jurisdiction, then many states have their own statutory provisions which may allow them to assume jurisdiction. For example, California could be allowed to assume jurisdiction under such circumstances if: (1) the child and the child’s parents, or the child and at least one parent or “person acting as a parent” have a significant connection with California other than mere physical presence and (2) substantial evidence is available in California concerning the child’s care, protection, training, and personal relationships. (See California Family Code §3421(a)(2)). Again, the corresponding provisions under the PKPA are also substantially similar in this regard.

In some instances, it may be appropriate for one state to have jurisdiction under the UCCJEA while another custody action has been started by the other parent in a different state or country where jurisdiction is improper. Under such circumstances, both proceedings should stay in order to allow both courts to communicate with one another to determine which forum is appropriate. But, in order for such communication to happen, there would need to be a pending case in the appropriate forum state as well as the other. This means that once the parent in the proper forum state becomes aware of the other’s parent’s out-of-state action, the forum state parent will need to file his or her own child custody action.

Multi-state and international custody disputes are highly complex matters and children are the most important part of any parent’s life.   If you are facing such a dispute, it is imperative that you consult with an experienced family law attorney to assist you in navigating these legal issues. If you cannot afford an attorney, you must utilize the resources available to you at the self-help center of your courthouse and/or any non-profit legal agencies that can offer assistance.

I am very passionate about family law because I was a child of divorce. I have had seven divorces take place within my family, and I am a father of two young children. I am sensitive to and fully appreciate the emotional costs that go along with any matter involving children. I make it my personal mission to achieve the best solution possible for all of my clients, regardless of their economic status. To do so, I make myself available 24/7 and give every client my personal cell phone number.
When you hire me, I will be directly involved and accessible to you 100% of the way from our first meeting until the matter concludes, whether that is through settlement or trial. I consider it my duty to make sure that my clients fully understand the risks and benefits of every decision in a case and that all of their questions are answered. I have a background in accounting and finance, which makes me uniquely qualified to handle complex financial issues while at the same time explaining them to my clients in a clear and straightforward manner. If you are facing a family law issue, please feel free to contact me:
Law Offices of Matthew Smurda1999 Avenue of the StarsSuite 1100, Los Angeles, CA 90067424-253-1177