It can be hard to let go of the past after divorce. Focusing on what was instead of what is hinders an individual from moving on post-divorce. Divorce may come as a shock, and fixating on what used to be gets in the way of taking action now.

Some people interviewed kept dreaming about the past, as the present was too painful. Yet others felt if they denied what was happening (a spouse leaving), things would go back to what they were.

One sign that a person is hanging on to an ex-spouse and not letting go is talking endlessly about them. An acquaintance went on and on about her former husband until somebody else changed the subject. She did not date but instead wallowed in that relationship which she failed to leave behind post-divorce. There were no children and it was a clean break.

I occasionally run into her former husband who has never brought up his ex and was able to move on in life. He is happily remarried and is a proud step-father. It is a choice whether to stay mentally attached to a former partner or face the cold truth of reality that the other person is not coming back. 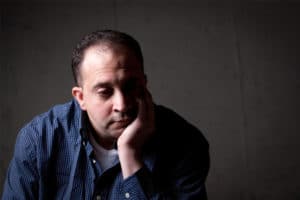 Part of getting beyond reliving the past is filling the void left by your divorce. When an old life and marital relationship ends, something has to fill this gaping hole. This was the problem with my acquaintance. She did not try to meet people, take a class, or pursue new endeavors. The void remained.

A first step to moving on is replacing the loss of people and things with new adventures, activities, and friends. Expand your social circle by joining a special interest group or renewing friendships that may have fallen by the wayside when married. I joined travel and book clubs. Other divorced pals are in film and hiking clubs. There are many studies globally that show the health benefits of being connected to others.

A new job during the early phase of my divorce proceedings was mentally stimulating. There was less time to think about my losses. Others have taken courses or changed career paths after a divorce. Take up a sport for a physical challenge. The goal is to keep mentally and physically active to fill the void and find life more fulfilling. When one’s agenda is crammed full of events and pleasurable pursuits, looking ahead instead of behind is easier.

Some divorced individuals told me that they became more active in their churches or synagogues. The support received helped them realize that they are not alone and that others care. Divorced people in the congregations gave advice and shared their own stories. One divorced friend met her next husband in her church’s singles group.

Rituals and routines can keep one rooted in the past. If you went out for Sunday brunch with your spouse, make it a Saturday one with friends. Discover different dining or coffee venues. Doing the same activities at the same places that you did when married triggers memories.

My boys and I dropped some routines that we did with their father. Instead, it was exciting to dream up fresh ways to have family fun. Create new experiences after divorce. My sons and I shook up Christmas rituals by leaving town over the holidays several times. Think about what no longer serves you or keeps you tethered to your former spouse.

Being in the company of positive people can help you leave the past behind and notice what good things lie ahead. They tend to look at the bright side of life and not dwell on the negatives. Emotions are contagious, and being around these people is uplifting.

Instead of focusing on what you are missing, look for the silver lining. I gave up being on the party circuit and entertaining, which we did for my husband’s career. After divorce, I realized how draining that was and am so glad to give it up. I have more time for my sons, resulting in a closer relationship. Think about what aspects are better in your life now.