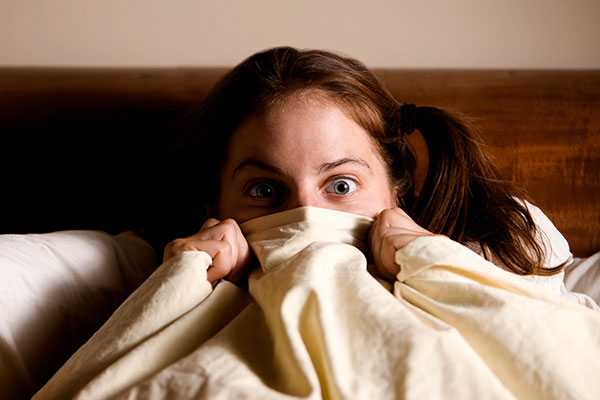 Think of Halloween as the portal to a new “season” and compare it to the process of separation and divorce. An odd analogy you say? Maybe – but bear with me. Don’t think of Halloween as a single event, but as stepping through the Looking Glass into a new realm of meaning. Numerous aspects of Halloween sound similar to separating and divorcing from a partner. So think about these four aspects of both Halloween and Divorce: the issues of boundary and uncertainty, identity and sacrifice.

What Do Halloween and Divorce Have in Common? More than You Might Think!

The origins of Halloween date to the Celts, who lived over 2,000 years ago in what we know now as Ireland, the UK, and northern France. Their festival of Samhain (pronounced “sow-in”) celebrated the eve of their New Year on Nov. 1. This was an important boundary because it announced the end of summer and the harvest, and the beginning of winter. This was a scary time marked by great uncertainty and thoughts of mortality since many feared how they would survive the cold and darkness during the unpredictable and volatile winter season.

The Celts celebrated Samhain the night before on Oct. 31, the night before their New Year [Nov. 1]. They believed the worlds of the living and the dead collided when the ghosts of the departed returned to earth. So they lit sacred bonfires to sacrifice crops and animals to the Celtic deities, and they wore costumes and masks to scare off roaming ghosts. Wearing a costume or mask of an angel, saint, or devil, would confuse your identity and make the roaming dead spirits think you were not alive.

In order to separate or divorce, you need to move first in your mind across a boundary where you think of yourself as together, a team, to “uncoupled.” Acknowledging that shift is similar to the end of summer, of a harvest of plenty. Good feelings and thoughts about one’s partner can turn colors like leaves on the trees and fall withered to the ground as the temperature cools. Like crossing into “fall,” there are more subtle boundaries around feeling “dead” inside, and longings to feel “alive again” that I hear often when clients tell me about their reasons for wishing to separate.

It is a scary time, one of great uncertainty as you begin to separate every aspect of your life from your partner’s life – assets, debts, all the “stuff” from your lives together. If you have children, separating your time vs. partner’s time with kids can be the most painful. If you decide to share time pretty equally with kids, then the sacrifice of “losing” half that time with your child(ren) is often the most poignant.

I think of those bonfires lit by the ancient Celts as the emotions that burn inside each person who separates from a partner. Managing those internal fires can be a major challenge. There’s another boundary here that is important to delineate: the past and the present. In order to move into the future, giving up grudges (eventual forgiveness is an ideal goal) helps lighten your burden. In order to trust yourself and your decisions moving forward, it helps to give up past mistakes and grudges.

This brings us to the issue of identity. There are so many important identity shifts when you cross that boundary of being in a pair to uncoupled, partner to single. Whether your “masks” were internal or external, you will become more acutely aware of what’s genuine and what’s false as you cross that crucial boundary to uncoupling.

Halloween and Divorce: Divorce as the Portal to a New Life

So as I said in the beginning, you may think of Halloween as only one night of the year. But view it more as the ancients did, as a boundary to a New Year, as the portal to a new “season.” Then you can allow deeper acknowledgment of the complexities of this unique transition in your life. With this acknowledgment can come more creative means of dealing with the inevitable uncertainties, sacrifices, and identity shifts. Divorce and separation may not need to be as scary as Halloween after all.

The process of divorcing may seem like a vast unchartered expanse. You may feel sometimes like a small dot on that landscape. So, my approach tries to keep you centered inside who you are, focused on your values, and your underlying interests. This can help you prioritize and feel in some control when you hit the inevitable bumps in the road.

Experience and Tools: a 4-field integration:
I do this work using my trainings, experiences, and various tools integrating a background from 4 specific fields: Journalism, Clinical Psychology, Divorce Mediation/ Coaching, and Organizational Psychology:

With my depth and breadth of experience over more than 30 years, I can tailor how we work together to meet your individual needs.

Each field has honed my expertise:

”observational listening,” from a ‘detailed inquiry’ perspective, since my college journalism days.
jou4
through my Ph.D. in Clinical Psychology and as an Associate Adjust Professor, I learned to teach and supervise graduate students by starting where the learner was emotionally. Then we educate by adding the cognitive aspects of information.
I started off in Developmental Psychology, so I also have a strong background in how children develop emotionally and cognitively.
to coaching those who plan to separate and/or divorce.
joy1
finally to an organizational context where processes among people have a ‘forest’ view in addition to individual ‘trees’. I’ve worked in business and organizational settings, so understand how a separation/divorce can effect your work life.
This background helps promote a “systems” view in the context of looking at a divorcing couple as the court might, and well as to work with the complexities of working with a Team (either a co- Mediation team, with review attorneys, or a Collaborative Divorce team, where up to 7 professionals could be involved.)