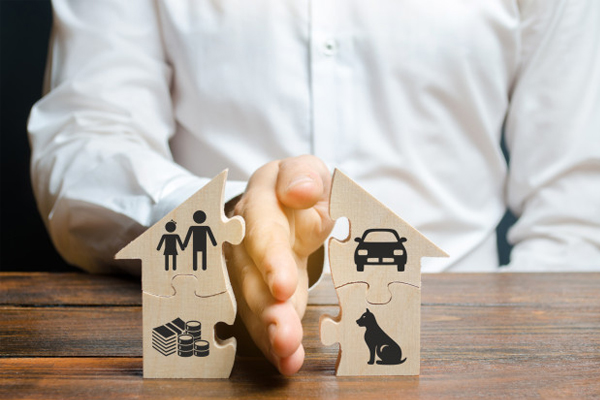 Legal separation is one of many options when dealing with your marriage. It’s not a good idea to jump into things without understanding the process, and divorce is no exception. But before settling for the legal separation option, it’s important to know all about the process of divorce.

You’ll need a thorough understanding of how divorce works, what are the chances you’ll be able to stay together, and what rights you will decide not to give up if you decide to stick it out. Legal separation gives you and your spouse the chance to live apart while still being married.

There aren’t many other legal options that offer this flexibility, but it’s not ideal for everyone. Before deciding on separation, you’ll have to make a choice based on your life situation and the pros and cons of each option.

The good news is that, in most cases, legal separation offers benefits similar to those of divorce without forcing you to actually file for divorce. And there are plenty of cases when having a legal separation on your record can be beneficial. It’s important to know the differences between divorce and separation before deciding which way you’ll go. Legal separation requires you to make a decision as to whether you want to sever the marital bond completely.

This means that you and your spouse are no longer considered married for the purpose of government and personal records.

How is a Legal Separation Different from a Divorce?

In a legal separation, you aren’t actually divorced. This is an important distinction because it means that you’ve decided to live in separate households but are still legally considered married. If you’ve decided to file for legal separation instead of divorce, your spouse is still responsible for meeting certain obligations like spousal support.

Some couples choose getting a divorce in Colorado Springs while they’re sorting out their differences and trying to come up with a solution that works for both partners. Some couples attempt a legal separation for religious reasons because a legal divorce doesn’t align with their beliefs. If you’re planning on remarrying, you don’t want to be legally separated if the divorce was on the grounds of adultery or cruelty.

What are the Benefits of Legal Separation?

One of the biggest advantages of filing for legal separation is that it gives you and your spouse some space and time to work things out without being overly dramatic. This can benefit both participants because it doesn’t involve a court date or giving up marital rights.

There are many couples who choose legal separation as a last-ditch effort to save their marriage. In these cases, the spouses can be relatively independent and comfortable while they figure out where they want to go in the future.

You can also choose to live apart for religious or personal reasons and still be considered legally married. If you’re in the military and want to move, for example, but can’t because of your spouse’s wishes, this is a good option to consider. The decision to file for legal separation may depend on your individual circumstances and the state that you live in.

If you’re filing under common law, then it doesn’t even have to be written into your marriage contract. However, in most cases, you can file for legal separation through the court system.

What are the Risks of Legal Separation?

The biggest downside to legal separation is that it gives up marital rights without officially ending your marriage. If you’re worried about supporting your spouse financially, for example, then a legal separation is not for you. You can still be liable for certain expenses like spousal support and alimony payments if you’re legally separated but not divorced.

How Will a Legal Separation Affect My Tax Status?

You’re responsible for your own taxes during a legal separation, and the Internal Revenue Service will not recognize either spouse as single. If you are legally separated but haven’t filed for divorce, then you’ll need to file returns as married filing jointly. This means that you’ll be responsible for your spouse’s portion of tax repayment after you file if he or she owes back taxes.

If you file for divorce, then the IRS will consider your spouse single for tax purposes, and your name will be removed from the joint tax return. You’ll be responsible for all taxes owed during your separation and when you file, but you won’t be considered single by the IRS.

A legal separation is an option for couples who are having trouble being divorced. It offers you the ability to live separate lives while still being married, but it also means that you’re not divorced because there’s no official separation. It can be a good way to make sure that your spouse doesn’t have access to your property, even though you aren’t legally married anymore.

For many people, a legal separation can help keep the marriage going when things get really tough and denial sets in.

Subhadip Modak is a Digital Media Publisher & Freelance copywriter. He has been working in the publishing industry for over 5 years now, holding various positions at different publishing houses worldwide.