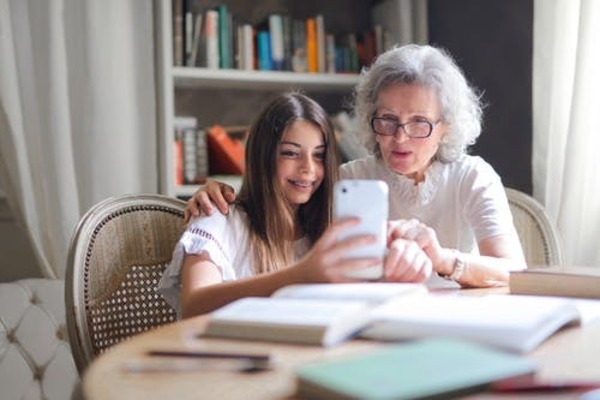 But what about a parent’s fundamental, constitutional right to parent his child without the interference of others? A parent has the ultimate right to control the upbringing of his children, subject only to the identical right of the children’s other parent, and arguably, a law that allows anyone to petition a court for visitation rights with children over parental objection unconstitutionally infringes on that right. As a parent, what if you have a different style of parenting than your child’s grandparents, your own parents, as so many do? Shouldn’t the parent/child relationship override any other relationship as long as the child is not in harm?

What Does the Law Say About Grandparent Visitation Rights?

However, in extreme situations, grandparents do enjoy such rights. Florida Statute § 752.011 allows for grandparent timesharing if both parents are deceased, missing, or in a persistent vegetative state or if one parent is deceased, missing, or in a vegetative state and the other parent has been convicted of a felony or an offense of violence evincing behavior that poses a substantial threat of harm to the minor child. While this statute gives grandparents rights in extreme circumstances, a substantial change in circumstances can lead to a change of custody.

In a case when a child is not in harm’s way, do grandparents have any rights? According to Florida Statute § 61.13002(2), if a parent is on military duty for longer than 90 days, that parent may designate a family member, a stepparent, or a relative of the child by marriage to exercise timesharing with the child on the parent’s behalf. This statute gives grandparents rights to a grandchild that she didn’t always have.

But what about non-military parents? There are many reasons why a parent may be away for longer than 90 days. Perhaps his work requires it. Perhaps his health demands it. Shouldn’t grandparents have the same rights in these situations as they do when a parent is in the military? If the state is willing to offer visitation rights when a parent is away for 90 days, perhaps the reason for being called away shouldn’t matter. While the legislatures seem to be patriotic in enacting this statute, maybe it should apply to all instead of merely to some.

Ultimately, a parent should have the right to parent his child if he wants to and is not harming the child. While grandparent visitation rights are limited in Florida, parenthood is a constitutional right that should not be ignored in most situations.

This article originally appeared on here.

Joryn began her own firm in Tampa after a 14-year career in law, two of which she served as a professor of law at Stetson University. She is a recipient of the prestigious A. Sherman Christensen Award, an honor bestowed in the United States Supreme Court upon those who have provided exceptional leadership in the American Inns of Court Movement. www.openpalmlaw.com