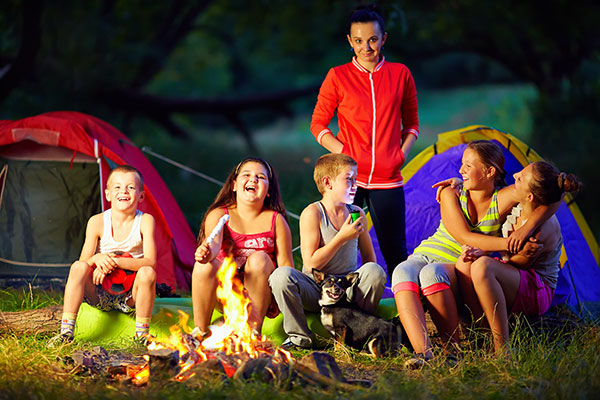 As we’re in the thick of summer camp sign-ups (and other programs), parents who are sharing custody of their little campers are grappling with how their custody arrangement impacts enrollment decisions.

Which parent makes that call? Who fills out the paperwork? Who takes care of the kids during the day if they’re not enrolled in a program? What happens if the program ends at a time that is different than is set out in the custody agreement?

The difference between legal and physical custody impacts all these questions.

How will your custody agreement impact summer camp sign-ups?

Physical custody (also considered a “parenting schedule”) concerns where the children spend their in-person time, and where they lay their head at night. Another way to look at it is through the questions asked when determining child custody arrangements. All of the following questions pertain to physical custody: When are they with Mom? When are they with Dad? Who gets the children for what holiday? What time do you exchange the children and on what days of the week?

Legal custody concerns which parent has the ability to make major decisions for the children. This typically applies to medical, health, education, and religion. For example, what happens if Mom says the child should have braces, but Dad disagrees? Is it voluntary with the hopes for straighter teeth or necessary for a healthy bite? Another example, what happens if one parent believes that private school is a better academic option than the public school education where the child is zoned? Who has the right to make the decision?

How Is Custody Usually Broken down and How Does That Affect Who Gets to Make Those Decisions?

Legal custody and physical custody should be looked at in two separate buckets. While they both affect your children, they may not always be intertwined. For example, just because one parent is a stay-at-home parent and has the children more, this does not necessarily mean that they get to make all the decisions. Being a parent is a constitutional right and unless shown to constantly make poor decisions for the children, it is becoming more and more unusual for one parent to be awarded full legal custody while also having a joint physical custody arrangement.

That said, there are instances in which one parent will have full legal custody; or at least, final decision-making ability on certain issues such as medical issues. Or, you may have a case where one parent moves away, despite a judge’s advice, in which case the judge has the right to award full legal custody to the other parent.

What Does This Mean for Summer Planning? What Should I Make Sure My Custody Agreement Covers?

Activities: The children’s activities are typically in line with who has physical custody, with the exception of any vaccinations or medications needed for summer camp or overseas travel, as medical decisions likely fall under legal custody. A review of your current custody and/or co-parenting agreement is highly advisable. As you do so, ask yourself: Will your children participate in summer camp? If so, who will schedule and who will pay? Your agreement or order may not speak directly to summer activities. Sometimes, the terms only directly address general extracurricular activities and, many times, parents will only have to split the cost of agreed-upon extracurricular activities. Make sure you understand exactly how these activities will be handled. While you want to ensure your children enjoy their summer vacation, you also don’t want to overextend yourself only to find out the other parent is not responsible for the cost of the very expensive space camp.

Vacations: As with summer camp and other activities, vacations have the potential to interfere with parenting time and are also in line with physical custody, unless the children need a passport for travel! Most parenting agreements provide each parent with time to vacation with the children during the summer months. Oftentimes, one parent is required to choose when he or she will vacation with the children by a certain date and notify the other parent to avoid planning conflicting trips. Take a look to see if your agreement requires you to take this – or any other – action so you don’t miss out on the opportunity to spend those extra days making memories with your children. Do you actually have to take an out-of-town vacation in order to spend that extra uninterrupted quality time with the children? Look at your agreement to see if it addresses how to handle vacations.

Taking a Look Beyond the Summer

Education: Your custody agreement may not mention anything about moving (within your state), but if that move will result in your children changing school districts or will impact one parent’s ability to transport the children to and from school, it is likely to become a legal custody decision.

Medical: In addition to vaccinations and medications, a medical issue that often comes into play in custody agreements is therapy. Others include orthodontia and elective procedures.

The upshot: if you haven’t examined your custody order and/or co-parenting agreement in a while, now is the time to do so. Make sure you understand it, and if its terms are no longer meeting the needs of your family, it’s likely time to update or modify it. The easiest way to ensure you beat the summer heat is to put a plan in place to meet the season’s needs before they become problems that are too hot to handle!

Nicole Sodoma is a family law attorney, certified Parenting Coordinator, and the Managing Principal of Sodoma Law in Charlotte, North Carolina. Licensed in both NC and SC, she has experience handling divorce, child custody, alimony, and other family law related cases. www.sodomalaw.com

Nicole Sodoma is a family law attorney, certified Parenting Coordinator, and the Managing Principal of Sodoma Law in Charlotte, North Carolina. Licensed in both NC and SC, she has experience handling divorce, child custody, alimony, and other family law related cases. www.sodomalaw.com