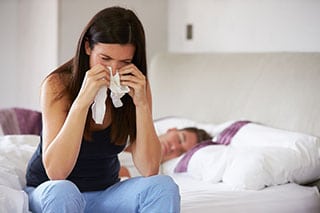 Here is an explanation of the different “types” of cheaters and the six types of sexual addicts identified by Dr. Weiss. Learn more about them!

The Six Different Types of Cheaters

It is the cheating heart, who is very intentional about his behavior, that I term “The Hunter.” This addict is mostly looking for participants in his game. This could take place at weddings, their child’s birthday party or even on their honeymoon where they are cruising for victims. They are looking for the weak, needy or another sex addict for a quick hit. They tend to have pickup lines or a clear modus operandi to capture their prey. The hunter rarely is looking for an equal, because an equal could hurt them. This could be a doctor or lawyer whose prey is the secretary, waitress or woman at a bar. I often have to highlight for hunters they are really picking up wounded sparrows, not hunting for eagles. They tend to be the smart, successful, smooth-talking guy who exudes a certain sexual or narcissistic energy. It’s all about them and their needs. The stench of entitlement is also present in the hunter’s heart.

Ken is the nice guy at work. He does his job and seems to make time for chitchat. He gravitates to the females at work. He asks about their work load, their husbands or if they need help with a project, even a home project, especially if the woman is divorced. He is always quick with a compliment on how a woman is dressed and knows when to tell a slightly off-colored joke or two. As a woman, you will always feel special around Ken.

This is the person who “wants to help.” This type of cheater can see a victim’s need a mile away, and they want to rescue the maiden in distress, so to speak. This person wants to be a friend to their victim, talk about the victim’s life, marriage, kids or job. This nice guy wants you, the victim, to know they really care.

The hero/nice guy’s adulterous heart is quick to praise, quick to appreciate and quick to pick up on cues as to whether you are starting to trust them. They get excited when the victim trusts them, because they are close to the kill. Even after sex, they want to be seen by the victim and themselves as a nice person. This addict will victimize a woman, engage in several sexual encounters and will exit the relationship, because he loves his kids or thinks the victim should give her husband another chance. Even after victimizing the other person, they want to be thought of by everyone as the nice person they need to believe they are. It takes a little while to see themselves as perpetrators, because they really want to hang on to the image of a hero or nice person. Honestly, heroes and nice people don’t cheat. It’s that simple.

This is the person who is most likely to tell the victim they care for them, love them and tell them they’re special or that they have a future together. They don’t really mean it, but it does make them feel better as to why they are cheating.

Max is depressed, a little overweight, enjoys video games and goes to the sports bar. He seems like a loner. He’s attractive but acts shy. If approached, he lights up and is quick to tell you about his parents dying, the last job he lost or his feelings about the last team that lost. He looks like a lost, little puppy that with just a little love from the right kind of woman could make a man out of him.

The hurt or wounded type of cheater is exactly the opposite of the others we have discussed so far. This man plays the victim role. Their spouse doesn’t love them, appreciate them or have sex with them. This is the person who is looking for someone, anyone to help them in life. They are the person you feel sorry for. That is their way of reeling in their victims. The addict wants the victim to feel like she is helping him, and she is significant, respected and valued by him.

This person tends to underachieve in life and, in relationships, just can’t seem to get it right until their victim comes into their life. They are constantly looking to be saved, helped or delivered from their circumstances or current bad marriage. They attack victims by their neediness.

Oftentimes, this type of cheater doesn’t want to grow up. He wants others to do the hard work of life and be responsible. If they grew up, they wouldn’t know how to attract victims since this has been their method of acting out for so long.

I remember a female sex addict and I discussed her hurt, wounded, cheating heart. She said something like, “I go out to the bar, act like I need help, tell them how my overweight husband won’t have sex with me, and it works every time.” She was able to see that she was the predator, and her lure was this hurt, wounded girl who needed to be rescued from a lack of sex. Unfortunately, neither she nor her husband chose recovery, and she continued acting out.

Sharlene is a 35-year-old, never married, southern bell. She talks like she’s from the South, wears tight clothes and has an amazing smile. She spends a lot of time in public places, looking for that smile to be returned. She’s quick to say hello and asks a few questions, needing some advice from men regularly. She is always touching men on their arms or shoulders and giving that look wondering, “Do you like what you see?” She’s had sex with six married men in just a month, and she really likes each one.

This cheating heart is the trickiest to detect. They don’t necessarily have a victim profile at all. Their victims are any shape, age and socioeconomic class. This heart is looking for the magic look of interest or energy. The other person could be twenty years older or younger, fat or skinny, rich or poor. This heart is exhilarated by being wanted or desired. It’s as if their heart has a gas tank of “want me,” and anyone who does want them lights the match and wham. It doesn’t matter what the package is, be it the cleaning woman, nanny, pool boy, secretary or dog groomer. It only matters that there is an opportunity.

These people don’t even make sense to themselves. They can’t see the opportunist theme until you point it out to them. Then voila, it makes sense why any shape, size or personality doesn’t matter. These people eventually snag a crazy person that can create real havoc in their life.

Richard is a CEO of an American arm of a huge international company. He is a six-foot-six, sharp-looking man in great shape and has a commanding intellect. Richard has an attractive wife, two adult children and three homes. Richard is known to travel regularly to the same three locations: China, Brazil and Germany. When he is on his trip, he has arranged for sexual services as part of his trip. He knows exactly what days he will have available, and in two of the three locations, he has had the same women for three years.

This type of cheater is typically a man. Often, this guy is also a sexual or intimacy anorexic. He is not looking for love, nor does he care about the other person’s wants, needs or what they think of him. He wants to be serviced. He may or may not have a specific type of service in mind. He believes he is paying for the confidentiality of their sexual acts.

This person tends to have stashes of cash that nobody is aware of. They want to look normal to themselves. They have the nice wife, kids and regular vacations, but they want to be bad when they want to be bad. They rationalize, “Nobody knows, nobody gets hurt.” They don’t see their disconnectedness as a problem but as strength. If they do engage someone who is not a prostitute or stripper, then they will often control the other person with money. When they feel safe with an arrangement, they might stick to one person, because safety is more important than variety.

Anthony has a corporate job in a major city. He has been married to Lynn for nine years. They don’t have any children, and truth be known, they have little sex. Anthony states his overtime is to prove himself, so he can be promoted. Lynn feels alone, unwanted, like a roommate and has gained 15 extra pounds since being married to Anthony. Anthony is a cross-dresser. He likes to go out in public as a woman, and then have sex with another cross-dresser. His cross-dressing partner keeps his female clothes close by his office. He likes to go to a coffee shop or restaurant, have some food and go to his partner’s apartment and have sex a couple times a week.

This is a very specific type of cheater. They only want one flavor of ice cream. Their fetish is usually very restrictive. Oddly enough, they will pass up other available sexual opportunities outside their fetish appetite. This cheater is about one thing, the fix. It’s rarely relational. It’s about doing, watching or participating in a very specific sexual act.

This type of cheater will go to great lengths and, sometimes, great risk to receive a very specific fix. This cheating heart is also compartmentalized and often has a sense of entitlement. My experience with the fetish cheater is that, many times, they are intimacy and sexually anorexic in their marriage as well.

This article has been excerpted from Addicted to Adultery: The Other Reason Spouses Cheat (Discovery Press, 2010) by Douglas Weiss, Ph.D. The Executive Director at Heart to Heart Counseling Center in Colorado Springs, Colorado for more than 20 years, Dr. Weiss has had the opportunity to help many men and women break free from their sexual addiction.