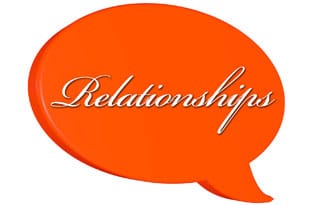 These inspirational, funny, and thought-provoking relationship and marriage quotes will help you through your own journey of rediscovery.

“I love being married. It’s so great to find that one special person you want to annoy for the rest of your life.” – Rita Rudner

“I’ve never been married, but I tell people I’m divorced so they won’t think something’s wrong with me.” – Elayne Boosler

“If you want to give up the admiration of thousands of men for the disdain of one, go ahead, get married.” – Katharine Hepburn

“I’d marry again if I found a man who had fifteen million dollars, would sign over half to me, and guarantee that he’d be dead within a year.” – Bette Davis

“Never again! I can see no reason for marriage – ever at all. I’ve had it. Three times is enough.” – Ingrid Bergman

“You never lose by loving. You always lose by holding back.”
– Barbara de Angelis

“Assumptions are the termites of relationships.”
– Henry Winkler

“Falling in love and having a relationship are two different things.”
– Keanu Reeves

“I don’t need anyone to rectify my existence. The most profound relationship we will ever have is the one with ourselves.”
– Shirley MacLaine

“If a relationship has to be a secret, you shouldn’t be in it.” – Regina Brett

“A girlfriend once told me never to fight with anybody you don’t love.”
– Jack Nicholson

“So many people prefer to live in drama because it’s comfortable. It’s like someone staying in a bad marriage or relationship – it’s actually easier to stay because they know what to expect every day, versus leaving and not knowing what to expect.”
– Ellen DeGeneres

“When someone shows you who they are, believe them the first time.”
– Maya Angelou

“Love is never lost. If not reciprocated, it will flow back and soften and purify the heart.”
– Washington Irving

“I felt a tremendous sadness for men who can’t deal with a woman of their own age.”
– Michael Caine

“If civilization is to survive, we must cultivate the science of human relationships – the ability of all peoples, of all kinds, to live together, in the same world at peace.”
– Franklin D. Roosevelt

“If you love someone, set them free. If they come back they’re yours; if they don’t they never were.”
– Richard Bach

“Truth is everybody is going to hurt you: you just gotta find the ones worth suffering for.”
– Bob Marley

“How people treat you is their karma; how you react is yours.”
– Wayne Dyer

“We don’t develop courage by being happy every day. We develop it by surviving difficult times and challenging adversity.”
– Barbara de Angelis
“

You can discover more about a person in an hour of play than in a year of conversation.”
– Plato

“Nothing is perfect. Life is messy. Relationships are complex. Outcomes are uncertain. People are irrational.”
– Hugh Clifford Mackay

“Love casts out fear, but we have to get over the fear in order to get close enough to love them.”
– Dorothy Day

“If there were no nobodies,
The somebodies would not have anybody,
To convince that they were somebody,
Except some other somebody, Who would not be convinced anyway.”
– Lawrence W. Fagg

“The man who says that he does not deserve his wife is probably right, but not for the reasons he thinks.” – Lawrence W. Fagg

“I see a good marriage as being like two tall trees growing beside each other, each nourishing the grace of the other.” – Lawrence W. Fagg

“If we had the power over the ends of the earth, it would not give us that fulfillment of existence which a quiet devoted relationship to nearby life can give us. ” – Martin Buber

“When moved to complain about others, remember that karma is endless and it is loving that leads to love.” – Zen Garden

“To forget oneself is to be enlightened.” – Zen Garden

“Knowing other is wisdom. Knowing yourself is enlightenment.” – Zen Garden

“A step backward gives you the advantage.” – Zen Garden

“The great path has no gates; thousands of roads enter it.” – Zen Garden

“When people show anger and malice, listen for truth in the message, ignoring the way it was said.” – Zen Garden

“When anger threats reason, wait while the storm runs its course before venturing forth.” – Zen Garden

“Take a second out to think about this: in your life you search and search for the right person for you. Every time you break up with someone you get one step closer to that person. You should look at moving on as getting closer to meeting the one.” – Ian Philpot

“There comes a point in your life when you realize:
Who matters,
Who never did,
Who won’t anymore,
And who always will.
Don’t worry about people from your past.
There’s a reason why they didn’t make it to your future.”
– Author Unknown

“To be able to move on, one has to learn to forgive not only the person (or people) who have done one wrong but also oneself.” – Eugenia Tripputi

“By forgiving and choosing to move on, one takes the power back to morph it into positive energy.” – Eugenia Tripputi

“Whenever you’re in conflict with someone, there is one factor that can make the difference between damaging your relationship and deepening it. That factor is attitude.” – William James

“Each friend represents a world in us, a world possibly not born until they arrive, and it is only by this meeting that a new world is born.” – Anais Nin

“Having someone wonder where you are when you don’t come home at night is a very old human need.” – Margaret Mead

“However good or bad you feel about your relationship, the person you are with at this moment is the “right” person, because he or she is the mirror of who you are inside.” – Deepak Chopra

“It is the things in common that make relationships enjoyable, but it is the little differences that make them interesting.” – Todd Ruthman

“Little kindness and courtesies are so important. In relationships, the little things are the big things.” – Stephen R. Covey

“Lots of people want to ride with you in the limo, but what you want is someone who will take the bus with you when the limo breaks down.” – Oprah Winfrey

“Personal relationships are the fertile soil from which all advancement, all success, all achievement in real life grows.” – Ben Stein

“Problems in relationship occur because each person is concentrating on what is missing in the other person.” – Wayne Dyer

“Trust is the glue of life. It’s the most essential ingredient in effective communication. It’s the foundational principle that holds all relationships.” – Stephen R. Covey

“An argument is always about what has been made more important than the relationship.” – Hugh Prather

“What angers us in another person is more often than not an unhealed aspect of ourselves. If we had already resolved that particular issue, we would not be irritated by its reflection back to us.” – Simon Peter Fuller

“A successful marriage requires falling in love many times, always with the same person.” – Mignon McLaughlin