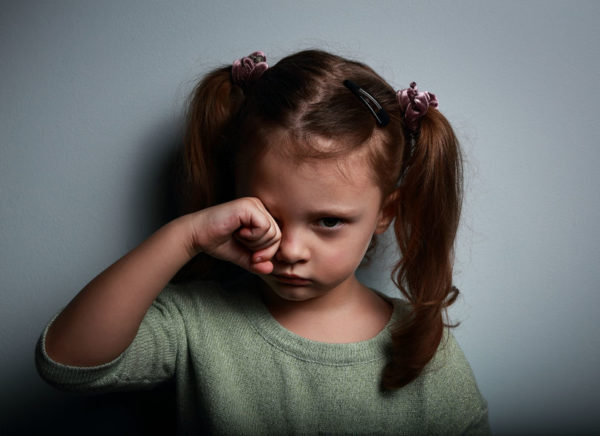 John, who is a salesperson, is married and has a 6 year-old daughter, SR. John’s marriage to  Sarah has been shaky for the past six months, and they’ve contemplated divorce. John texted his  best friend that he has proof of his wife committing infidelity. John hadn’t spent much time at  home over the past half-year, and the time spent with SR has been sporadic. All of a sudden, one day after John returned home with SR from her soccer game, he decided to spend the night at said best friend’s house. Sarah found a note in their home with John’s handwriting scribbled on  paper that alluded to her cheating on him.

As Sarah’s thought pattern and mind raced at the speed of light, she began to question SR: “Has  your daddy bought you special gifts lately? Has he shown you extra special love by getting  closer and closer to you? I know you told me you’ve been having nightmares and bed wetting  issues lately, right? Remember, we talked about good touches, bad touches and secret touches?  And, I wonder if those tickle games you used to play with him have become bad, private part  touches?”

Sarah’s relentless leading, suggestive, and direct questions posed to SR triggered her explicit,  conscious memory. SR affirmed, after listening to mother’s bevy of questions, by nodding her  head, and then disclosing that her father had been touching her pee pee area over her underwear.  Her mother proceeded to call her state’s child abuse hotline number, and an investigation ensued by Child Protective Services (CPS). John had been accused of the unthinkable.

He had been accused of child abuse, and the Government was summoned.

What Happens When You Are Accused of Child Abuse?

Child Victim Hearsay is the Rule, not the Exception

Make no mistake. Hearsay, or an out-of-court statement made for the truth of the matter, which, generally speaking, is legally inadmissible in Court, is accepted in a case due to Exceptions to the Hearsay Rule. One of those exceptions is the excited utterance from a child or disclosure  of alleged sexual abuse. In a case like SR’s, CPS, most likely, will not recommend an ano-genital  rape examination via colposcopy because the child made no disclosure of alleged sexual battery  or penetration. According to the American Academy of Pediatrics, only 5% of all child sexual abuse cases are positive for medical findings and trauma. The other 95% of all cases are ones of  child victim hearsay, like SR’s. So, the child’s word or words is/are the evidence.

Next Stop…Child Advocacy Center (CAC) for a Forensic Interview

Arguendo, the seminal evidence in any case of alleged child victim hearsay is the outcome of  the child’s forensic interview at the local Child Advocacy Center (CAC). The home base for the child  advocacy center is in Huntsville, Alabama and their website is www.nationalcac.org. And, for  SR, a 6 year-old pre-pubescent female child, typically an interview will last between 30 – 45  minutes. And the child forensic interviewer will first build rapport with SR and then go over with her truth from lie (and promise to tell the truth), good touches from bad touches from secret touches, body parts, and the index allegations.

The CAC interviewer must not pose leading, suggestive, and direct questions to SR so that the  child answers of her own free volition, spontaneously. For example, “SR, can you tell me what happened? Tell me about that? Can you tell me more about that?” This invites SR to tap into her implicit  and unconscious memory and try and recall gist details of her father, John, allegedly touching  near her vulva area over or under her underwear. SR’s responses to said questions are supposed  to contain an indicia of reliability and an inherent degree of trustworthiness in order for a Judge  and/or Jury to find her credible.

It is incumbent upon the interviewer to avoid leading, suggestive, and direct questions. They must also avoid questions that vilify the person accused of child abuse (negative stereotype induction).

Interviewers must execute source  monitoring with the victim to explore alternative hypotheses, and that possibly John, SR’s father, never in fact did sexually abuse his daughter. To conduct source monitoring, which is essential in  order to avoid a possible source mis-attribution error, the child forensic interviewer should have  conducted an interview with Sarah to learn about her initial interview with SR and the substance  of the same. In addition, the interviewer should have communicated with John’s best friend and  reviewed John’s timeline, if he typed one. Source monitoring is an essential tool for fact checking a case.

Telling is Not a Perfect Science

Memory is not a perfect videotape. It decays and fades with the passage of time. The CAC is  supposed to take place within 3 days of SR’s outcry to her mother, Sarah. Why? Because kids do  not possess good memory recall. Young kids are suggestible and impressionable. Words,  thoughts, and ideas placed in their fragile sponge-like minds can trigger kids to develop schemas which can alter and modify their already delicate memories. And, although the operating maxim  in most court jurisdictions is children do not lie and are not mistaken about sexual assault  disclosures and must be believed and protected at all costs, they can make mistakes. Children’s  errors out of court must be proven in court by the defense. An interviewer can help  contaminate and adulterate a child’s information even if that child makes an affirmative outcry of  sex abuse. It just so happens in this situation, SR was resistant to suggestibility during her  forensic interview. In other words, she never articulated to the interviewer at the CAC that her  father touched her sexually, or inappropriately. So, in child victim hearsay cases, kids must be treated with kid gloves to obviate legal disasters.