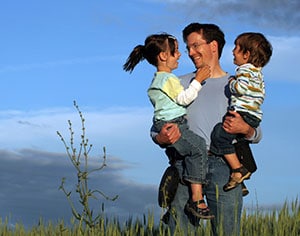 We see that fairly often. There are two situations that will come up: one situation is where one of the parents has removed the child from Illinois but is still in the United States. The first step is to go to court to obtain an order directing the return of the child or the children to the jurisdiction of the Illinois court. The parent seeking an enforcement of that order will then have to take it to the state where the child or the children are actually located and seek enforcement there. Those situations, while they may take a little bit of time to resolve or handled, are fairly straight-forward without any unusual complexity once the child is located in the foreign state. Where it gets a little bit trickier is if the parent has removed the child from the United States, and then we got two different situations that can arise. One situation is if the child is located in a foreign country that is a member of the Hague Convention. The Hague Convention is an international treaty that a number of different countries have entered into, and the Hague presents a specific protocol as to how to go about the return of the child who is being wrongfully detained in the foreign country.

That enforcement effort is undertaken in the country where the child is actually located. The most difficult of all is when the child has been taken to a country that is not a member of the Hague. We’ve been successful in obtaining the return of children to the United States in those circumstances, but those circumstances are certainly the most difficult, the most problematic situations. Needless to say, if you are faced with a situation like that, you’re going to want to find yourself a lawyer who has been through that. It’s not the time to have a lawyer who’s going on a learning curve and then wants to learn how to do it. Those are very difficult, very sophisticated pieces of litigation.