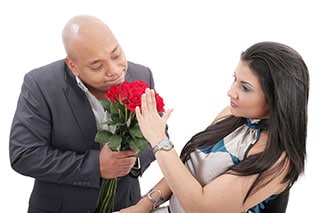 To err is human, to take full responsibility for it and face and pay all the consequences is divine.

But what is clear is the “rubbernecking” that these stories caused, as if people were watching some roadside disaster. The attraction may be that the exposure of Spitzer’s immoral, not to mention illegal, behavior, is causing waves of anxiety among the not-yet-caught men who are flirting with similar disasters and the women who love them. It has been a bad few days for denial.

I can imagine millions of men who have been cheating on their wives through prostitutes or mistresses, or tiptoeing into their dens and home offices to lose themselves in the world of pornography, scurrying around to erase phone numbers and delete computer files and swear to themselves that they will never engage in such behavior again.

I can also imagine these men looking more guilty than usual and raising the suspicions of their wives.

Finally, I can imagine volatile confrontations that finally expose marital infidelity of one form or another.

If such activities are exposed, can the damage be undone? Once betrayal breaks trust, can one regain it?

There is a road back, but it takes practicing the 4 Rs to respond to the 4 Hs you triggered in the other person by betraying their trust.

The 4 Hs of Betrayal*, and How to Rebuild Trust after Betrayal

When you betrayed your spouse:

The 4 Rs of Remorse:

If the other person still cannot forgive you after that, you are no longer unforgivable (if you haven’t gone beyond betrayal into abuse), they are unforgiving.

It’s clear what is in it for you if they forgive you, but what’s in it for them? When you earnestly practice the 4 Rs above, you enable the person you injured to go from fear and loathing to feeling safe and trusting and even liking you again –and that feeling is called “euphoria”.

A full explanation of the 4 H’s and 4 R’s and how to use them to rebuild trust after betrayal is available in The 6 Secrets of a Lasting Relationship: How to Fall in Love Again and Stay There by Mark Goulston with Philip Goldberg.

Mark Goulston, M.D. is the author of The 6 Secrets of a Lasting Relationship: How to Fall in Love Again and Stay There, works with high-powered couples, and is a former FBI hostage-negotiation trainer. He also writes the Tribune syndicated column, “Solve Anything with Dr. Mark”. www.markgoulston.com