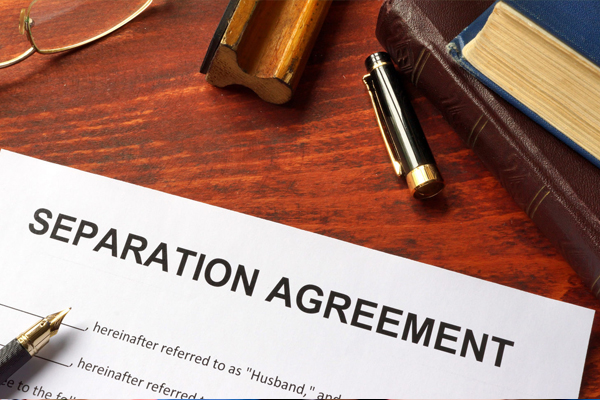 In Georgia, a separate maintenance action sometimes referred to as a “legal separation,” can be an alternative to divorce but may not provide everything you are seeking.

If you are considering pursuing a separate maintenance action, you should be aware of the gray areas in the law. This is especially true if your case will be contested, meaning you and your spouse do not agree on every issue and the judge will have to decide those issues that you do not agree on.

What can a judge order in a separate maintenance action?

A. Alimony and Child Support

Georgia’s child custody statute is applicable to “all cases in which the custody of any child is at issue between the parents” and is not limited to divorce actions. Likewise, the statute permits modification of custody “[i]n any case in which a judgment awarding the custody of a child has been entered.” If the court grants a legal separation and awards custody of the children to one parent, the custody award can be modified in a later divorce action, but only if the divorce is filed in the county of residence of the person who has been awarded custody.

In Segars v. Brooks, the administratrix of the deceased Wife’s estate petitioned for an equitable division of Wife’s and Husband’s marital property after Wife was murdered (allegedly by Husband) during the course of their divorce proceedings.  The Court decided that even though the Wife had asked for an equitable division of marital property in the divorce action, her estate could not pursue that claim after her death.

But is that rule meant to apply in separate maintenance actions or only estate disputes, like the Segars case?

It was only later, when the parties divorced, that the question of whether the judge in the separate maintenance action had authority to divide the parties’ property was presented to the Court of Appeals. But the Court of Appeals did not answer this question. Instead, it found that because the Wife had relied on and sought to enforce the legal separation order that divided property in the first appeal of the divorce order, she could not claim that the legal separation order was improper in the second appeal.

So the question remains, when the Georgia Supreme Court said “no divorce means no equitable division of property” in the Segars case, was that meant to apply to separate maintenance cases?

If you are considering seeking a legal separation, it is important to be aware of this uncertainty. In a legal separation case, it is possible the judge will interpret the law to mean that he or she cannot order any division of marital property, even if you and your spouse agree on how to divide everything. The judge may decide to award custody, child support and alimony but decline to issue an order declaring which assets (or debts) will belong to which party.

This would mean that all marital property (property acquired during the marriage except through gift or inheritance) would remain the property of both you and your spouse. The marital property could potentially be divided later if a divorce is filed, but there would be nothing preventing you or your spouse from selling, transferring or dissipating assets so long as a divorce was not pending.

If you are concerned about what your spouse may do with certain assets, it is important to consider all options and weigh the risks before deciding whether to pursue a legal separation or a divorce.