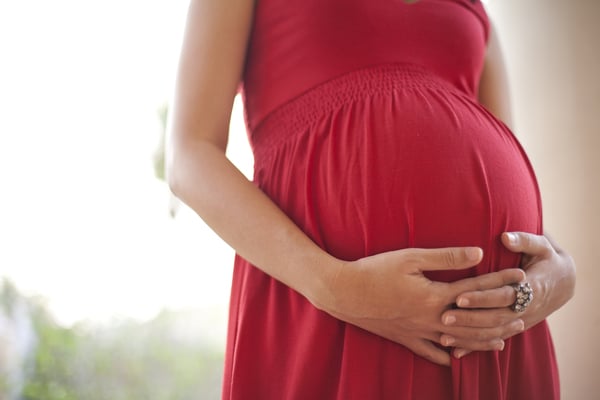 Some of these embryos will be implanted, others donated, while still others will be the sources of great contention and conflict in a couple’s ultimate divorce. This article will focus specifically on in vitro fertilization and what happens to frozen embryos during divorce in Georgia.

What happens to frozen embryos during divorce in Georgia?

Assisted reproductive technology (ART) is a medical intervention developed to allow infertile couples an opportunity for pregnancy. ART is a broad term which encompasses many different techniques, including in vitro fertilization (IVF), artificial insemination, and gestational surrogate mothering. In vitro fertilization has given childless and reproductively challenged couples all around the world hope for parenthood, but it has also caused unintended legal consequences and questions.

Two important questions have been raised in regard to frozen embryos, including whether a frozen embryo should be regarded as a person and what rights the donors have to frozen embryos. Aside from donation, stored embryos are the property of the person or couple who produced them and cannot be implanted or transferred without consent. The most common issues arising in the divorce context occur when a couple decides not to undergo IVF or they divorce, leaving the remaining embryos in the bank. One party may want the embryos so they can go forward with parenthood anyway while the other party does not.

Additionally, one party may want to donate the embryos to infertile couples while the other may not. These disputes arise in all different contexts and with all different facts but the underlying issues regarding the parties’ rights and the embryo’s rights (if any) remain unanswered. There is currently no controlling Georgia law governing the transfer and disposition of embryos in a divorce. However, there is some persuasive authority and case law from other states which have provided parties and attorneys with guidance while navigating these complex issues.

The first important analysis is whether or not the couple has signed an agreement with the reproductive clinic maintaining the frozen embryos. Some states and reproductive clinics require couples to execute documents detailing disposition of their embryos upon certain events at the outset of the process. These agreements usually contemplate what would happen to the embryos in the event of death, divorce, separation, incapacitation or non-payment of storage fees. Typically, if there is an agreement between the couple and the reproductive clinic governing the disposition of embryos, there is a strong argument that the agreement should be enforced in the divorce action.

This position is supported by a report published by the Georgia State Senate which states that whenever possible, the contractual agreement should be considered a binding contract if couples cannot reach an agreement about the fate of their embryos. But what do the parties do if there is no agreement, or the agreement is silent regarding the disposition of the embryos upon a triggering event? As discussed in more detail below, the prevailing opinion among courts around the country is that in the absence of a contractual agreement, the control over the embryos should be given to the party that does not wish to procreate.

One of the first cases to tackle this issue was a case from Tennessee, Davis v. Davis. During the couple’s marriage, they had attempted IVF but failed. After the divorce, the woman wanted the frozen embryos while the man wanted them discarded. The Tennessee Supreme Court held that frozen embryos cannot be categorized as property or children, but rather a hybrid type of entity with aspects of both categories. The court held that in disputes involving embryos, any prior agreement would be honored, but if there was no prior agreement, the relative interests of the parties in using or not using the embryos must be weighed.

The court held that ordinarily, the party wishing to avoid procreation should prevail if the other party could achieve parenthood without the embryos. If not, using the embryos for one progenitor should be considered. Unfortunately, in the Davis case, the parties never executed an agreement or contract with the clinic. Accordingly, the court conducted a balancing test analysis, weighing the wife’s desire to donate the embryos against the husband’s desire not to have children. Ultimately, the court found that the constitutional right to privacy must prevail, which prevents undue state interference with the individual’s right to procreate and have children.

The Davis court held that, by parallel logic, the right to privacy also protects the right of an individual to choose not to have children.

More recently, the first decision in California to address issues regarding the fate of frozen embryos was decided. In re the Marriage of Stephen Findley and Mimi Lee, husband and wife froze their embryos after the wife was diagnosed with cancer. Three years later, she had recovered but the parties were getting divorced and her soon to be ex-husband wanted the embryos destroyed, despite the embryos being her only chance to reproduce. Ultimately, the judge ordered the destruction of the frozen embryos, despite the wife’s plea to finally start a family of her own. At the time the parties underwent IVF, they signed an agreement that the embryos would be destroyed in case of divorce.

The judge reasoned that the parties’ intention at the time of contracting is what should guide the fate of the embryos rather than emotional considerations regarding the parties’ current circumstances.

In Illinois, the courts state that it should be a matter of contract, while judges in Massachusetts state such contracts are not enforceable. Other courts have called for considering whether one party has no other option, while others require mutual consent by both the man and the woman. However, the right not to procreate usually trumps the right to procreate when it comes to the rights to frozen embryos and their dissemination.

Courts are hesitant to force fatherhood or motherhood on individuals absent extreme circumstances. Currently there are no federal regulations governing this issue, nor has there been a ruling by the Georgia Supreme Court, Georgia Court of Appeals or the United States Supreme Court providing guidance on this issue. Until that time, state courts will continue to decide on a case-by-case basis.

Advice From a Family Law Attorney

As a family law attorney, I would advise clients to consider the implications of a divorce at the outset of the IVF process and have detailed discussions with their spouse on what they believe should happen to their frozen embryos upon divorce, death or disability. In addition, I would encourage parties to memorialize their agreement in writing with the clinic for use as potential evidence of the parties’ intent. It appears that enforcing a valid contract regarding the disposition of frozen embryos during divorce in Georgia is encouraged by the Georgia legislature, and the state has a long-standing public policy of enforcing valid written contracts.

Without a written contract, the judge will likely employ a balancing test, weighing the fundamental right not to procreate against other competing interests, such as one party’s inability to procreate if the embryos were destroyed. While determining what happens to frozen embryos during divorce in Georgia and the rest of the United States remains largely unregulated, there remains hope that with time and education, the state legislature can address this evolving issue and provide guidance to judges and litigants alike.

Jordan Whitaker is an associate at Boyd Collar Nolen Tuggle & Roddenbery, where she counsels clients in all facets of family law, litigating and negotiating issues from the basic to the most complex. www.bcntrlaw.com