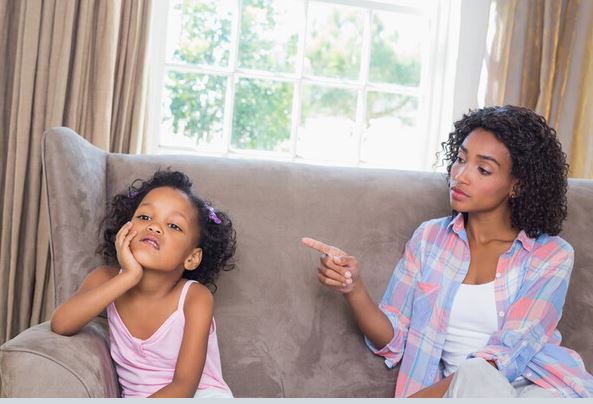 According to the U.S. Census Bureau, in 2018, approximately 80% of the 12.9 million custodial parents in America were mothers. One of every five were fathers. That number is down from the 85% of moms who enjoyed primary residential child custody about 20 years ago in 2001. And, arguendo, a large chunk of that 5% decrease in mother custody can be attributed to what Child Protective Services (CPS) and the Juvenile and/or Family Courts attribute to “coaching.”

Coaching in the field of social science, psychology, and the law, forensically speaking, is a malicious act of alienation by one parent against the other parent whereby that parent instructs or coaches a child to say bad things about the opposing parent. Anecdotally, in my forensic practice, I’ve been engaged by several mothers in high-conflict parenting time disputes and child custody cases who’ve either lost custody, or may lose custody, to allegations they’ve coached their kids.

According to the state’s expert, mom suffered from “significant persecutory ideations,” and was guarded and defensive in some of the psychometric tests she was administered by the psychologist. So I recommended mom test with our psychologist via risk assessment and our expert didn’t find any of the issues the state’s expert found. Meanwhile, the child’s ano-genital rape examination yielded inconclusive medical findings.

But, the quintessential piece of evidence in any case of alleged coaching by a parent accused of child abuse lies with the child’s forensic interview which is captured on DVD. Florida’s methodology for child forensic interviews is APSAC – RADAR, which is a semi-structured protocol and not representative of the evidence-based best practices method. And that happens to be the NICHD. The NICHD method requires the interviewer to pose open-ended questions to the child interviewee eliciting free recall informational answers whereby the APSAC-RADAR method allows for the use of leading, suggestive, direct and repeated questions. The key is to try and simulate the initial outcry from the child in a non-leading manner to extract information from the child’s implicit memory and pre-frontal cortex. This method yields spontaneous, reliable and trustworthy responses from a question such as: ‘Can you tell me what happened?’ versus asking the child a leading and direct question such as: ‘Did your mommy tell you daddy put his finger in your butt?’ which can contaminate and adulterate the child’s information from his explicit memory controlled by the hippocampus and amygdala.

I reviewed the child’s forensic interview, and there was no evidence that mom told the child to say bad things about his father, and/or his father touched him in or on his private parts. We presented our case-in-chief at a protracted and bifurcated 4 month trial in 2019. I attended “expert week,” and we were fortunate to claim victory against the state in this case as the court dismissed the state’s TPR Petition, and mother did not lose her parental rights. Oftentimes in these cases, the child forensic interviewer doesn’t broach the issue of possible coaching and ask the child – Who told you what to tell me today?

Let’s take a look at the juvenile family court judges; their handling of coaching allegations, and their overall view from the Bench in these cases. Everyone knows the court must rule in the child’s best interest. And once the court hears and reads about “sexual allegations,” it immediately raises their eyebrows. And oftentimes the court errs on the side of caution against the accused thinking the accusation may be true, and on the side of the child victim never thinking the child could be a non-abused victim.

So the court is left ruling in the case of a conundrum. Many cases involve dads accused of sexually abusing their children in the midst of contested child custody battles. And courts have seen, heard, and adjudicated in scores of the same. Now courts are seeing, hearing, and ruling in high-conflict cases involving coaching allegations against moms. Judges are at a loss who to believe and what to believe. And as a result many protective mothers are losing custody to fathers who are learning how to play dirty in this cat and mouse game of child roulette.

Dean Tong is a Certified Forensic Consultant, nationally certified child forensic interviewer, author, and expert who has worked on high-conflict child abuse and/or custody cases since 1995. Tong has testified in cases as an expert in 15 states and has consulted in cases from all 50 states. He has appeared as a media commentator for FOX News, Court-TV, CNN, and MSNBC in some of this country’s highest-profile cases such as JonBenet Ramsey, Michael Jackson, and Kobe Bryant. www.abuse-excuse.com