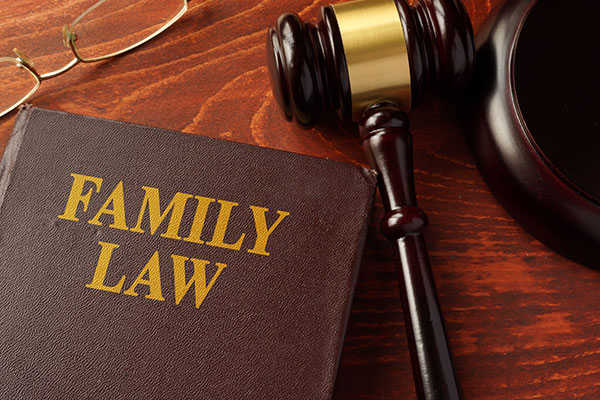 People going through a divorce know all too well the toll it can take on them.  For many, it is the only thing they can think about.

Anxiety and stress can bleed into day-to-day work, and an emotionally draining divorce can easily lead someone to overthink their situation (this is true even when they have a good attorney to help shepherd them through the process).

One thought that may arise over and over is akin to the following: “Will I be treated fairly, given the nature of my situation?  Will the judge understand what it is I am going through?”  Accompanying this concern might be trepidation that their divorce is unique and modern, so what will a judge say about it?

As the world becomes more tech-centred and relationships feel more complicated with each passing year, it is fair to wonder whether family law has satisfactorily changed with the times.

The Term Family has Changed Over Time

To answer this question, let’s begin by acknowledging that the family—as an institution—has changed dramatically over the years.

the demographic changes of the past century make it difficult to speak of an average American family.

Indeed, looking back at the last half-century clarifies how much marriage and divorce have changed.

To name a few: same-sex marriage was ruled constitutional in 2015; divorce is far more prevalent nowadays, in part a result of no longer needing to prove “fault” to escape unhappy marriages; interracial marriage was legalized in the 1960s, and compositions within a household can be markedly fluid compared to previous generations.  The question, then, is whether family law has kept pace with the societal changes surrounding the family.  The answer is yes and no, but that is a good thing.

Fundamentally, this area of the law will always centre upon a principle known as “equity.”  While some statutes and laws govern how property division, alimony, and similar outcomes are determined, those statutes are almost categorically broad and open-ended — and that is where equity comes into play.

So, what exactly is equity?  This might sound technical and vague, but equity is defined as “a recourse to principles of justice to correct (or supplement) the law as applied to particular circumstances.”

equity is used to mitigate “any harsh or otherwise undesirable effects resulting from the strict application of any particular rule of law.

In other words, a judge assigned to make an equitable decision in a divorce has a lot of room to come up with a good outcome given the circumstance of the spouses.

An “equitable” outcome is not necessarily an “equal” outcome (You may have heard or come across this principle concerning divorce — it is so common that if family law was distilled to a poem, this phrase could be part of the refrain).

Here’s an easy situation to imagine: one spouse worked as a breadwinner for the 25-year marriage, while the other spouse was a homemaker and did not earn any income at all during the marriage; in such a situation, the financially disadvantaged spouse (lacking income, work experience, and likely marketability) might be awarded a disproportionate amount of assets compared to the breadwinning spouse.

The judge will look to hand down a just and equitable outcome for the two people getting divorced, which will require her to identify specific facts of the case that compel an equitable outcome.  This could entail myriad considerations about both spouses, their history, their future, and so on.

In this analysis, the judge will examine all the unique and modern aspects of your life and marriage to fashion a ruling grounded in equity.  I’ll hasten to add here that the analysis a judge will undertake in making these determinations will vary from state to state, so that is something to be mindful of.

A Modern Example of How an Equitable Decision Might be Reached

Here is another simple, more modern example of how an equitable decision might be reached: imagine a divorce in which the parents cannot agree on whether their seven-year-old child should have access to a smartwatch.  Parent X is in favor of a smartwatch with limited capabilities so that the child may contact Parent X if need be.  However, Parent Y objects to using a smartwatch, asserting that the child is too young and will be a distraction while Parent Y is trying to have residential time with the child.

A judge may hear these arguments and consider the child’s history with technology, the time the child spends with each parent, each parent’s preferred lifestyle and engagement with the child, and other factors that might bear upon the decision.

In making a decision, the judge could find a middle ground rather than side with one parent. If this dispute boils down to the child’s communication with Parent X, perhaps the judge will nix the request for a smartwatch but instead order that the child be afforded 20 minutes of phone time with Parent X while the child is staying with Parent Y.

So, returning to whether family law changes with the times, that question misframes the issue.  Although specific statutes might not always feel modern, the equitable nature of divorce equips judges with discretion to make rulings that account for the changing world around us.

equity assures just results in each application of strict law and eliminates the need for elaborate legislative drafting to contemplate all conceivable applications.

For the most part, you need not worry about whether your divorce is too unique or too modern; with equity as your touchstone, an attorney – and even, to an extent, the judge – can guide you through this emotionally taxing time.

William B. Reingold, Jr., exclusively practices family law in downtown Seattle at Lasher Holzapfel Sperry & Ebberson. An avid legal writer in his spare time, William has two law review articles that will be published in 2023, one of which will be a comprehensive study of summary judgment in Washington family law. www.lasher.com