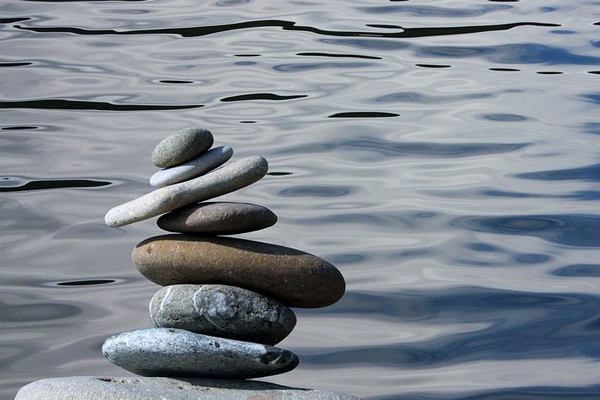 It is easy to understand why tensions run high in a disputed divorce or custody situation.  For purposes of brevity, I will discuss “divorce”, but what I am saying applies equally to any contested family law situation.

After all, dreams of “happily ever after” are slipping away and you find yourself in a land of uncertainty.  You may be asking yourself, “why is this happening to me?” or “what will the future hold for me and my children?”.

The ground can almost literally seem to be slipping away from beneath your feet and the unhappiness and uncertainty can bring feelings of helplessness or hopelessness or even to feelings of anger which can escalate and spin out of control to irreparable damage to relationships or even anger if left unchecked.

I have been a divorce attorney for over twenty-five years (and more recently a mediator) and I have been a practicing Buddhist for over four years.  The recent interest and emphasis in western society in traditionally eastern practices such as yoga, mindfulness, and meditation has led to many people seeking answers to life’s questions, or even just a temporary reduction in stress in their lives from these eastern ideas.

I have come to believe that a lot can be learned from Buddhism that can be useful to people going through the stress inherent in a divorce or custody dispute which does not require that you convert to Buddhism. In fact, Buddhists never proselytize or seek to convert anyone but instead accept all faiths, or lack of faith, while still seeking compassionate and intelligent solutions to the suffering that life routinely metes out.

There are many ideas from Buddhism which can be useful to a person navigating the potentially treacherous waters of a contested divorce or custody situation.

I will be using the “four essential practices of Bodhidharma” (late 5th-early 6th-century Indian Buddhist monk who brought Zen Buddhism to China and Japan) as an outline for this essay.

This is not as bad as it sounds.  It is an archaic language where “suffer” really means to endure or encounter with a patient mind.  In traditional Buddhist teachings, all happiness and suffering is the result of past thoughts, words, and deeds done with a contaminated intention, known as “karma”.

Whether or not you believe in karma, per se, the point is that now, something bad is happening and you feel like it is “unfair”,  you ask “why me?”.  Rather than complaining about the perceived injustice of the situation, why not try looking at it in a different way that simply accepts what happens without complaining about injustice.

This really means mindfully assessing the situation, accepting it for what it is, good or bad, and deciding to engage in a peaceful co-existence with the undesired.  It is not sweeping it under the carpet, quite the opposite.  It is acknowledging what is happening and making the conscious decision to accept it simply as what is happening now, knowing that when the causes for it have passed, it to will pass.

Rather than letting this bad phase in life take over your entire life you see it as a part of what is happening now and find the strength to patiently endure it, knowing that it will pass and the strength to get through it will bode well for putting it behind you.

Buddhists believe that all current experience is caused.  The causes are numerous and complex.  That is why they do not overly rejoice at “gains” or overly cry over “losses” as they are all simply circumstances which should be accepted as the fruits of past actions, causes, and conditions.

Yes, things are changing, right now, they look like they are falling apart maybe and the future seems bleak. However, looking back at life up until now, there were other things in the past that seemed insurmountable, but you got through them and they made you stronger. It is choosing not to carry around the bag of rocks that is the unhappiness caused by your divorce.

It is saying to yourself, “ok, this is a bad situation, and very stressful, but I am seeing it for what it is and not making it any worse by endlessly circling around with the worst conclusions about myself, the other person and my future prospects, I can handle this!”

Buddhists believe that people become attached to worldly things and crave them due to not understanding their true nature, that worldly things are by their nature impermanent, cannot bring lasting or true satisfaction and that they lack an inherent self that is in and of itself something desirable or repulsive. Seeing worldly things for what they are, they automatically become less desirable (and less worthy of despising)  in and of themselves.

No, this does not mean that you simply give your estranged spouse the house, the cars, and the kids.  It means that you have a realistic attitude about where the situation stands, what you want and why you (really) want it.  In a divorce context, it means seeing all of it, yourself, your estranges spouse, the children, the “stuff” you are fighting over, as what they are, no more no less.

This can mean that the “stuff” becomes less important to your happiness, the “ex” is not seen as something inherently evil, and the children are seen as ever-changing beings who only seek to be happy. The entire process is something that is constantly changing and can be viewed intelligently, rather than with a “knee-jerk” negative reaction that clouds your view of it and makes your decisions and actions the result of that clouded view.

To Buddhists, this means following the path to liberation, nirvana and possibly full enlightenment.

Ok, so maybe everyone is not ready to become a Buddhist, fine.  That said, taking “dharma” in its broader context of “that what is”, so considering yourself and the others involved in the case as ever-changing beings, seeing an unreasonable attachment to “stuff” as a cause of suffering and generally being mindful of what you are doing can help everyone in a stressful situation to make better choices and be happier overall.

Also, it never hurts to view everyone, even your “ex” as just another being who wants happiness and does not want suffering and trying to generate some positive energy for yourself, for the children, and, yes, even for the judge, the lawyers and even the ex ends up benefitting you most of all since it frees your mind from the bondage of anger and attachment.

Hopefully, adapting these ancient teachings to modern-day life, including a stressful situation such as a divorce, can be beneficial.  After all, the meaning of life is to “be happy”, but while we know that, we just keep doing things that are the causes of suffering due to not looking at things with mindfulness and intelligence.  In a divorce, you need a clear head, a long-view and a realistic assessment of where you are and where you are going.