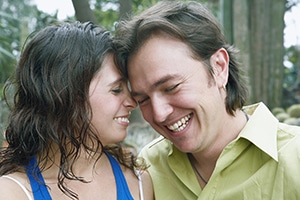 Becoming a whole person doesn’t necessarily mean marrying again, for the choices are many and varied and can lead to satisfying lives without marriage. It can mean, for example, being “married” to a social cause, a church, a person of the same sex, or a live-in partnership without a marriage license. But all forms of commitment require love as a fundamental glue to piece together a happy and fulfilling life.

Therefore, it’s extremely important to understand how and why we love — and what went wrong with the love that was part of your marriage. Learning from the mistakes you’ve made, and understanding how to avoid repeating them, is a necessary foundation for a creative divorce. Consequently, this article will focus on using your divorce as a learning experience — one that will help you understand the true meaning of love, in place of the mutual self-deceptions practiced by many couples that result in their divorcing.

On the basis of many divorce group-counseling sessions we’ve had, with both men and women present, we’d like to share with you the many ways in which these well-meaning, decent people trapped themselves into believing and practicing forms of love that really weren’t authentic. Identifying and understanding these self-deceptions (which we’ll call “masquerades”) not only will help you understand what went wrong in your marriage, but will help you avoid these self-destructive patterns in the future.

Listed below are the seven predominant types of love masquerades that prevent divorced men and women from giving and receiving the love they want and need.

Every one of our clients who made these or similar complaints had married for love, to the best of their understanding of what love meant. However, they had trapped themselves into believing that the masquerades of love they had practiced once they were married were the real thing, and holding onto those beliefs led to divorce rather than greater love. Every one of the examples quoted above is a recipe for disaster in a marriage.

A creative divorce begins with self-empowerment. You can’t improve your life after divorce without taking personal responsibility for making positive things happen when you become single. Consequently, if you find yourself still believing in any of the love “masquerades” noted above, you must take personal responsibility for avoiding them when you begin dating again; otherwise, any new relationship is likely to repeat the “dead end” of your previous marriage.

Should you see recurrences of this kind of self-defeating behavior, and you find it difficult to expunge them on your own, the healthiest and best way to overcome them is to seek out a psychotherapist who specializes in divorce-related issues, or join a divorce counseling group of men and women who are experiencing similar concerns about their relationships. Both types of help are available nationwide — all you have to do is take on the responsibility for finding them in your community.

The Meaning of Authentic Love

The divorces we noted above resulted from couples becoming trapped by one of the seven masquerades of love. Their divorces could have been avoided if these couples had been aware of their self-defeating actions and then wished to change them into an authentic love relationship. Authentic love means practicing being kind teachers and receptive students to each other. It recognizes that all of us on earth are potentials in the present and future rather than finished products. Bringing out the very best in each other, validating who we are and might become is at the very heart of authentic love. We have much to learn from each other in terms of kindness, courtesy, self-improvement, and the ability to prevail over the tragedies in life as well as in the creation of our successful moments.

Divorce gives you a second chance to rethink the meaning of love and learn why the love you once thought you would have forever evaporated after you were married. Such love was bound to disappear, since it was based on a perishable masquerade substitute for authentic love. When paired with “authentic,” “love” is an action word. To say to a person “I love you” is meaningless unless it is demonstrated in appropriate deeds. It means practicing the belief that you and your partner are true equals in a relationship; that you respect each other as separate individuals and also are interdependent; that you delight in and support each other’s growth as separate individuals, since that enhances your relationship rather than diminishing it; that your love is based on total trust, which means it is a gratuitous gift two people give to each other. If the pain of your divorce leads you to this conclusion, you will be well on your way to making your new life a creative experience instead of a rerun of the past.

This article has been edited and excerpted from The New Creative Divorce by Mel Krantzler, Ph.D., and Patricia Biondi Krantzler, M.A. The directors of the Creative Divorce, Love & Marriage Counseling Center in San Rafael, CA, the Krantzlers show you how to turn your pain into positive growth, offering advice on how to adapt to the changes engendered by divorce; preserve a relationship with your children; and develop healthy, satisfying romantic relationships post-divorce.