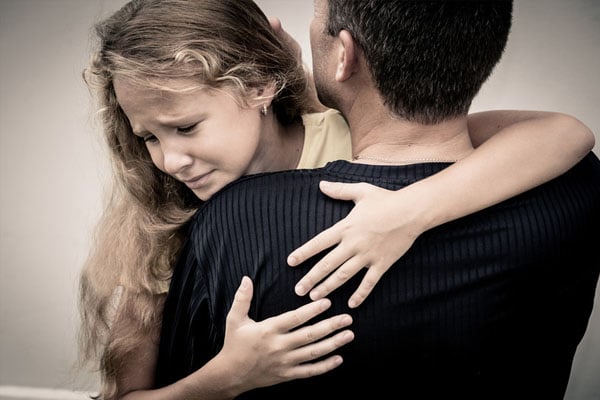 If two people choose to get a divorce, they can – and should – be responsible enough to do so in a way that will not destroy their children and cause them to become a casualty of divorce wars.

When my ex and I separated, an immediate battle began over “stuff.”

We mentally put sticky notes on all our “stuff.” This is mine! This is mine! I want this! You can’t have that! It was all about “stuff”!

Stuff, by the way, you cannot take with you when you die. Stuff that will not last. Stuff that can be replaced. I admit that fighting over stuff was one of the many mistakes I made in my divorce.

Then, after all the fighting over stuff was done, we turned our focus to our children. Who would get them? I wanted my kids. I thought long and hard about fighting for full custody and what it would take to convince a judge that I should have them instead of my ex.

In reality, if I was going to get them I would have to convince a judge my ex-wife was a pretty terrible person. I would have to either lie through my teeth or throw buckets of metaphorical mud and dirt on the mother of my children.

While that may have achieved my desired outcome, I thought about the effect a selfish act like that would have on my children.

According to an article in Pediatrics (Vol. 104-No. 1, July 1999) written by Jerome Kagan, Ph.D., “The importance of identification for personality development means that the parent’s  personality, talents, and character, as they are perceived by the child, are of significance.”

If your attitude in gaining “stuff” or getting custody of your children is “by any means necessary,” even if it means slander and subterfuge, while you may get what you want – and while you may do damage to the “hated” ex, you are doing more damage to your children, their identity, their psyche, their self-esteem, and their character.

The goal, during and post-divorce, should be to make peace with your ex, with protecting and building up your children as the main focus.

Most psychologists agree that a father is important for a child’s development. However, while the father-child relationship is important in a child’s development, the child often has greater interaction with the mother, which creates stronger relational bonds. This stronger bond with the mother can cause a deterioration of the father-child relationship during and after divorce.

Another contributor to the deterioration of the father-child relationship is if the children perceive the mother as the singular victim in the divorce. This is especially the case if the father commits infidelity. Children often take the side of the perceived victim in the break-up.

After the divorce, my children expected me to “take it easy on their mother.” As the divorce played out and I pursued “stuff,” I hired a lawyer who tried to protect me from ending up in the poorhouse. However, what I perceived as protecting myself my children perceived as me being a bully. They saw me as the bad guy and their mother as the victim. They did not ask for my side of the story. They did not want to know my feelings or pain.

Children gravitate towards their mothers

So, as a result of their perceptions and the information fed to them, children often gravitate towards the person they think needs the most support. In many cases, that person is their mother.

When children naturally gravitate towards their mother, by default, they are picking a side and that is one thing. However, when they are forced to pick a side, that is a totally different issue!

Too often children are forced to “pick a side,” which is downright wrong! Adults should never place their children in a “me or her” scenario. Often times, when this occurs, adults go a step further, providing detailed negative information, hoping to paint the other parent as the “bad one.”

I know a lot of men reading this are saying to themselves that the mother is generally the one who tries to make children pick a side. They are thinking she recruits her children to her side so they see Dad as a “terrible” human being. She wants them to see her as the victim.

Parental alienation is not gender-specific

While I will not disagree that some women are guilty of forcing their children to pick a side, I will also say it is not exclusive to women. However, and more importantly, I will say to you, man up! Stop whining and blaming someone else! You are not responsible for what she does. You can only control yourself! You cannot worry about what she is doing or going to do. You do what is right. You do the right thing. Don’t worry about what she may or may not do.

As I said in my book, Divorced But Still Dad: Faith Principles of Fatherhood for Divorced Men, I firmly believe if you are doing the right thing by your ex and your children and if you are doing those things which bring peace, if she does go to war initially, she will soon call it off and see the value of working with you and not against you.

Inevitably, if men choose to follow down an emotional path – which may well be justified – as opposed to leading down a responsible, children-centric path, then the relationship with their children will be the collateral damage.

There does not need to be a war

However, I truly believe if a man treats his soon-to-be ex fairly, if he honors her and assures her that, for the sake of the children and because she is the mother of his children, he is going to do right by her, there does not need to be a war and the children will not become an unnecessary casualty of divorce.

If two people choose to get a divorce, they can – and should – be responsible enough to do so in a way that will not destroy their children. If the man is more concerned about his children and their mother than he is about protecting his “stuff,” as I was initially, then the chances of minimizing the damage to all involved are much better.

Dr. Ken Gordon is the author of Divorced But Still Dad: Faith Principles of Fatherhood for Divorced Men (Covenant Books, 2017). In this book, he speaks honestly to fathers – sharing his personal spiritual journey, the lessons he learned about himself and his children, and why the responsibility of being a dad is so important. Available at Amazon, Barnes & Noble, Kobo, or by request at your local bookstore.