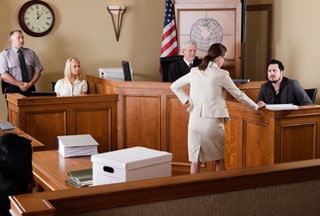 The purpose of this memo is to provide an overview of Dissolution of Marriage (divorce) proceedings and to provoke questions and understanding; it is not intended to address all of the many issues involved or explain all of the more painful realities of divorce. There are simple and totally uncontested divorces and, in some cases, the mass-production techniques of some lawyers or clinics may be less expensive than our firm. Such cases, however, are rarely free of unexpected complications or misunderstandings. For the purposes of this memo, we are assuming a need for more thoughtful and professional representation.

The Illinois Marriage and Dissolution of Marriage Act includes the provision for “no fault” divorce. The Domestic Violence Act separately deals with emotional and physical abuse where immediate protection is needed.

Clients frequently ask a number of pertinent questions about the law and the court procedures. It is a strange and threatening new experience (for most), and some basic explanation of the legal machinery is appropriate.

NOTE: While this memo presumes an attorney is involved for each party, such is not always the case and is not required by the law.

The grounds for dissolution recognized in Illinois are the following:

The act required to put the legal machinery in motion is the preparation and filing of the Petition for Dissolution of Marriage by the plaintiff (husband or wife, as the case may be) setting forth the facts necessary to prove one or more of the above grounds for divorce and other relevant facts. Frequently, both parties consider themselves aggrieved, and as soon as one party files a petition, the other responds with a counter petition. Considering that “no fault” grounds now may be used, and that in any event the issues of who did what to whom have no bearing on property distribution by law, such counter-filing (unless for certain other unique procedural requirements) may be counterproductive heating up the battle and resulting in higher legal fees. Upon filing in Cook County, the case is randomly assigned to either one of four teams of judges or one of the nine individual trial calendars. Each team has one judge who is the presiding judge and hears all pre-trial motions for temporary or emergency relief. Where the case is assigned to one of the nine trial calendars) that judge hears all matters from start (temporary orders) to finish (contested trial). The objective in all cases is to settle the case without a contested trial.

Either party, during pendency of the case, may request temporary relief with respect to maintenance, custody and support of children, or exclusive possession of the home if the presence of one spouse is jeopardizing the physical or mental well being of the other spouse or the children, or to restrain one spouse from molesting or harassing the other, or to enjoin disposal of assets or in any of countless situations. Except in certain emergency situations (see section on Domestic Violence Act), the lawyers give notice to the other party’s attorney, file a motion, and in most cases, appear in court on a future date. Often, there is a delay after filing the motion for the entry of the temporary orders before an order is entered, due to court congestion, delaying tactics by the other party, or other reasons.

In the weeks, months, or years following the filing of the Petition for Dissolution (and prior to any actual trial), the attorneys for the parties may and should discuss the possibilities of settlement. Letters are written and information obtained or exchanged, either the easy way, (by agreement) or the hard (and expensive) way, through court sanctioned “discovery” procedures, including subpoena of records, depositions, interrogatories, or private investigation. In appropriate cases, the lawyers might arrange a meeting of the parties and their attorneys for the purpose of a full and frank four-way discussion of all the factors involved in a settlement.

80% to 90% of all divorce cases are settled. The real issue is whether the road to settlement is easy or traumatic and expensive. Countless factors that are very difficult to predict or control will play a role in settlement. After the case has been filed by one of the parties, they are free to enter into an agreement if they can, that will settle between them their rights as to maintenance, child custody, support, and division of property.

If the questions as to maintenance, child custody and support, and division of property can be settled and compromised by the parties and attorneys working together, then a written agreement is usually prepared and signed by the parties for submission to the court at a special type of trial called a “Prove Up”. The judge is not required to approve this settlement agreement but will always do so if its terms are reasonable. A lawyer should be able to advise a client during the negotiations whether anything has been proposed that is not likely to be approved by the court. In some instances, the agreement may be oral where matters are extremely simple.

If the parties do not reach a settlement, then eventually, the case is assigned for a contested hearing. A case is contested as long as any one of the issues, such as child custody, support, maintenance, property rights, or even grounds, remains unsettled.

No area of the law can be more frustrating and seem to serve justice so poorly as family law. Emotions are strong, and some issues, such as custody, do not lend themselves to easy resolution. A truly contested case involves preparation and research, which is a wholly different process than a case which basically can be settled with some conferences and compromise. Ideally, it is the actions and attitude of the clients that settle cases, with the lawyer being a helpful instrument. While either party in a matter may appear to be, or in fact be, unreasonable, one would hope that reason will ultimately prevail, often after considerable expense. There are indeed attorneys, particularly where the scent of dollars is strong or, by their incompetence or offensive nature, do more than their share to cause unnecessary dissension and unrealistic demands, all of which can greatly increase legal costs. These problems will be overcome in time but must be anticipated. We can only promise to do our best to facilitate settlement if at all possible, whenever possible.

A contested case is tried in two parts: first, as to the question of dissolution (grounds), and subsequently as to the issues of custody, property settlement, support, and maintenance. This is called “bifurcation”. Frequently, a case will be set for contested trial and settled on the morning of the trial in the conference room adjoining the courtroom, or in the judge’s chambers with the judge participating. If not settled, the contested trial will proceed with testimony as to the grounds for dissolution. The court than decides the issue of Dissolution of Marriage and, if it grants the divorce, proceeds to the hearing on the remaining issues. It is in these areas that the real disputes exist and certainly, with regard to custody, where the trauma lies. Presumably, much preparation has preceded this moment. There may be many witnesses, experts, and business evaluations. The legal expense by this time may be astronomical.