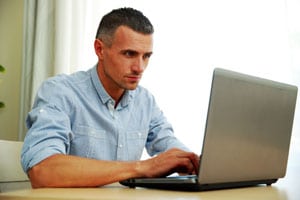 The new process of digital divorce will allow couples to end their marriages online, without the need for either the couple in question or the judge to physically attend court in relation to the case. Munby said that this kind of simple and accessible online legal process is “a vision not of some distant future but of what has to be.”

There is already no need for couples to attend court when the divorce is not contested, and these uncontested divorces make up the majority of cases. Such divorces are instead handled by regional court centres, where legal officials deal with the case under the supervision of a district judge.

Speaking to the Family Law Bar Association, Sir James said that the online system would allow these cases where couples are in agreement about the divorce to proceed more conveniently and efficiently, while allowing for cost savings “for a variety of public purses.” Couples would be able to provide key information, such as information about their finances and information relevant to childcare arrangements, by completing online questionnaires.

Munby said that the UK remains a long way from an entirely digitized and paper-free system at present, but expressed his belief that it is within reach over the next four years and indeed that it must be achieved within this time frame. He also recognized that such a fully digital divorce system is “unprecedented anywhere in the world,” but also maintained that “it can be done; it must be done; it will be done.”

Outlining the shape of the system in question, Munby said that relevant parties would be able to initiate proceedings over the Internet and then continue through online questionnaires in order to provide the relevant information. This could all be done from home using a computer or mobile device, and in many cases, there would be no need at all to attend court, “even down to and including the final hearing.” The judge will be able to “interact electronically with the parties and… their legal representatives,” and, therefore, will not have to physically attend court in relation to the cases either. More serious cases, of course, may still require the presence of relevant parties in the courtroom, though, even then, Munby believes this will be “probably only for the final hearing.”

The first cases to be carried out through the online system, he said, will be divorces as well as probate cases.

When the new system has been fully achieved, Munby said, “We will, at last, have escaped from a court system… moored in the world of the late Mr. Charles Dickens.”

Experienced family law professional and Head of Family Law at London based firm Fletcher Day, Terrence Trainor, commented: “The President has shown he is very keen to take the Family Court into the 21st Century. With the introduction of online divorces as early as next year, one needs to balance the need of efficiency for a ‘quickie divorce’ against a slightly more formal process, which, by necessity, sign posts efforts to try and reconcile marriages. Whether such a move to a digital platform may ultimately increase divorce rates, is something that will be viewed with great interest”.

Terrence Trainor is a Partner and the Head of Family Law at Fletcher Day. Terrence is a highly experienced family lawyer who has practiced for many years in the United Kingdom and internationally, specializing in complex financial cases within divorce as well as high-value pre and postnuptial agreements and matters relating to civil partnerships.