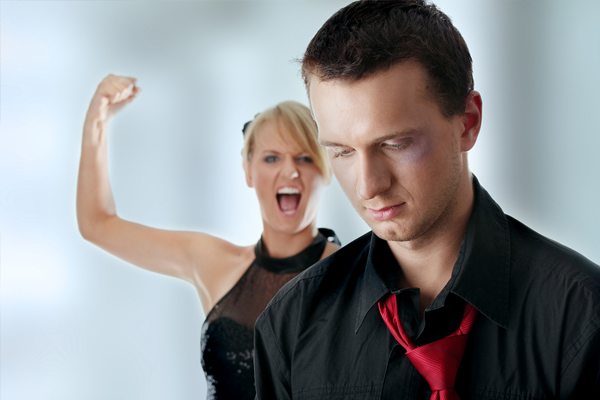 Most people think that once they find the right person, they’ll spend the rest of their lives together. In the beginning, the relationship is loving and supportive but after a while, they start noticing a change.

Little by little, their partner begins exhibiting strange behavior which more often than not turns violent. However, it’s important to note that not all domestic abuse is physical. Many victims also experience mental abuse, which is by no means less impactful. Plus, chances are that the longer the abuse is happening, the worse it will get.

No one imagines they’ll ever find themselves in this situation. No human being wants to be hurt and humiliated by their partner. And yet, for some reason, the victims still choose not to leave their batterers.

Unfortunately, there are many reasons why people stay in abusive relationships, which quite often even turn deadly. In this article, we will delve into this topic a bit deeper and see what it is that’s stopping victims from leaving and reporting their abusers.

It comes as no surprise that shame is one of the main reasons why victims stay, seeing as how this feeling is often what stops humans from doing what they want and feel is right. Many think that leaving home, breaking up with their abuser or getting a divorce means they’ve failed. They cannot allow their family, friends and community to see the situation they found themselves in and show that they are weak. Not meeting the expectations of society often puts a lot of pressure on victims, which is why they feel like they must stay and endure.

However, leaving an abuser is not a sign of weakness, it is a sign of strength that shows that someone is strong enough to break the cycle and look for a better life.

Some victims are of the opinion that they did something to provoke the violence. While there is nothing a person can do to instigate an attack, some individuals still feel responsible for these incidents. Maybe they said something or did something that provoked their partner. This is usually an idea that was put in their head by their abuser. Abusers commonly tell their victims that they are rude, nagging and that they made them angry because of their behavior.

None of these are a reason to become violent, and yet the victims believe what they are told. Furthermore, if the abuse is psychological, they think that it’s not really abuse when they don’t have bruises to show for it. However, their self-esteem is affected to the point where they believe they deserve the harsh words.

They have nowhere to go

Sometimes, the victims have nowhere to go. This is especially true if they are financially dependent on their abuser. If they feel like leaving home is admitting defeat, they will probably not go back to their parents. Turning to friends is often only a temporary solution, plus they risk their partner coming after them and potentially even involving the friends into the altercation.

On the other hand, victims of abuse are often so isolated that they have no life outside of the home and feel alone with no friends they can rely on. However, they can look for a safe house in the area, seeing as how these institutions often offer housing, legal counsel and therapy, in addition to helping individuals get their life back on track.

Constantly hearing about family tragedies due to domestic violence on the news is not encouraging and it’s no wonder victims are afraid of leaving home. For example, if they choose to report their partner, they risk further violence, often even more brutal, in case the police does nothing to help them. Even if they manage to win a case and their partner gets convicted, chances are they will seek them out once they are out of prison to get revenge.

On the other hand, getting a restraining order against an abuser is also a possibility but it’s very important to weigh the pros and cons of doing such a thing, which is something experts from The Legal Advisory Service can help with. However, regardless of how they are feeling about their partner seeking revenge and harming them after they leave, the abuse in the home can also have awful consequences if they don’t react on time.

They hope to help their abuser

In some cases, the victims still see a glimpse of the person they fell in love with their abuser. This often leads to them thinking they can go back to how it was before. They believe that they can help their batterer and show them enough support to prevent the abuse. Offering loyalty and unconditional love is not a way to stop violence, as then the abuser will keep taking more and more. Some people often feel bad for their partner due to their current situation, such as losing a job or a parent.

On the other hand, abusers often promise to stop and change and the victims believe them until it happens again.

They are worried about their kids

When there are kids involved, the whole situation is immediately much harder. The victim usually does not want to run away and leave the kids with their violent partner, while taking the kids and running can pose so many legal problems. Therefore, they are willing to stay in this abusive household to prevent their kids from experiencing the same level of abuse. On the other hand, if the abuser is not violent towards the children, the victim wants the kids to have a stable family with both parents present, regardless of how painful this is for them.

That said, victims often don’t even realize the impact domestic abuse has on kids. It can have a detrimental effect on their schoolwork, mental health as well as influence them to enter violent relationship later on in their life.

These six are in no way the only reasons why victims choose to stay, however, they are the most common ones and sadly, there is often a combination of all these factors at play. While there is no way to force someone to leave their toxic environment, we can all work towards creating a better society where we will believe the victims and not let them feel ashamed about admitting to something like this.

Emily Wilson is a business psychologist with a passion for the law. Researching, exploring & writing are her favourite things to do. Occasionally, she works as a consultant for The Legal Advisory Service company based in Gold Coast. Besides that, she loves animals and traveling. www.legaladvisory.com.au