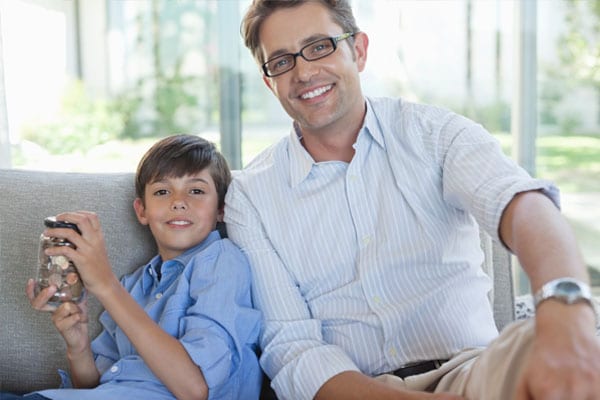 Shared parenting after divorce wasn’t always embraced the way it is today, or even considered as a legitimate option. As recently as a few decades ago, the norm was for children to live with their mother after their parents’ separation, only to visit their father when their mother saw fit.

Approaching the end of the 20th century, society began to see the importance of including fathers in their children’s lives on a regular basis, and the concept of visitation rights “every other weekend” became the norm. Still, little research on the benefits of shared parenting existed at that time, and the children-father contact tended to be superficial in comparison with the children-mother relationship.

Benefits of Shared Parenting After Divorce

We are no longer lacking in research. Studies utilizing various methods and surveying families internationally have shown that children who, instead of residing with one parent and visiting the other, dedicate 35% or more of their time to each:

Critics of Shared Parenting After Divorce Still Push Back

Young children are another problem point for critics. Infants and toddlers, they maintain, ought to be with their mothers; this time of life is too significant to be entrusted to fathers. The result is that many fathers miss out on a crucial developmental period of their children’s lives.

To address these claims, one researcher reviewed numerous studies comparing the outcomes of children in shared and sole custody families independent of parental conflict and income, as well as studies comparing relationship quality and conflict levels between both types of parents. She found that:

Children benefit from spending significant time with both parents, regardless of parental conflict, family income, age, or whether the decision to share custody was initially mutual.

States Strive to Make Shared Parenting After Divorce the Standard

Local governments are beginning to recognize the importance of joint parenting; and more than 20 state legislatures are considering passing bills that would make it the legal standard, or at least encourage it, even when parents don’t agree. This is largely the result of much research and the efforts of fathers’ rights activists, who are fighting to make sure that fathers are no longer pushed to the margins of parenting.

These legal steps are only half of the solution. Parents must realize that their differences are secondary to the well-being of their children, and – whether they’re happy about it or not – find a way to make joint parenting work.