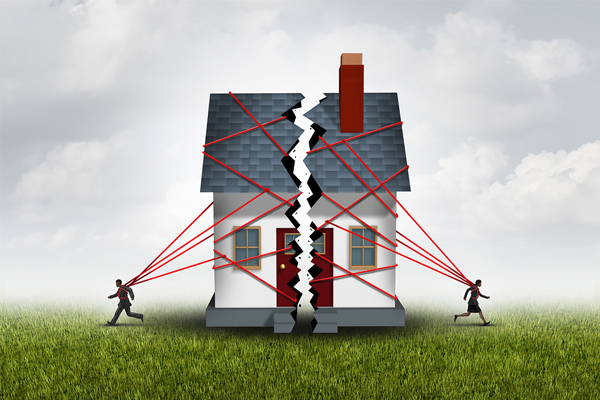 One of the main assets in a marriage is the family home, also called a matrimonial home.  Beyond the home’s financial value, it may also hold emotional ties that some parties find hard to cut.

In many cases, this leads to the spouses refusing to sell the matrimonial home or refusing to allow the other party to buy out their share of the home.

When the matrimonial home is jointly owned, it is important to remember that both spouses have an equal right to possess the home during marriage and after separation.  One spouse cannot lock out the other from the home.

Equally important to note is that neither party has to sell their half.

Although it may be difficult for spouses to let go of their beloved home when the matrimonial home is jointly owned, there are circumstances where the Court has the power to order the sale of your home.

This may be done with the Partition Act in Ontario, which gives the Court the power to order the sale of a jointly owned property when one of the joint tenants wants to sell it.

The Court’s role is to objectively assess the interests of both parties. It must compel partition and sale unless the opposing party has shown an acceptable justification for why the Court should exercise discretion to deny the request for sale.

It was ordered by the Court that the home be put on the market for sale, and the parties were given joint conduct of the sale.

Deciding who moves out of the matrimonial home when the home is forced to sell depends on several factors, including but not limited to the following:

The spouse who does not hold title to the home can still claim through the equalization process provided for under the Family Law Act and may also make an equitable trust claim.

However, the non-titled spouse may not force the titled party to sell the home.