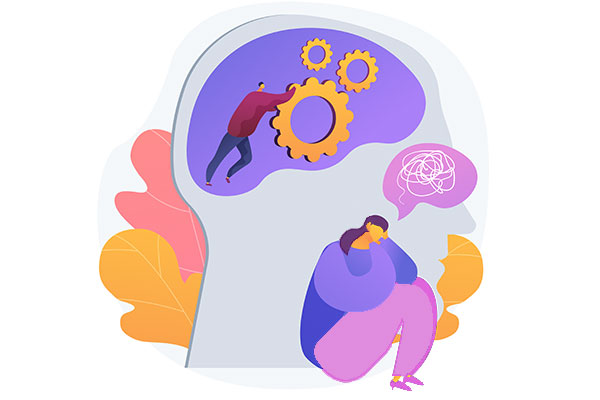 As a divorce lawyer of over 24 years – and a former therapist with a Ph.D. in Clinical Psychology for several years before that – I have come across a fair number of personality disordered clients and opposing parties.  To a case, nearly every abuse matter I have ever litigated has included some degree of gaslighting.

Gaslighting is an increasingly talked-about type of interpersonal manipulation, often appearing in abusive relationships, and most commonly seen in romantic relationships. It is an undercover form of emotional abuse where the abuser misleads their victim by creating a false story that disregards the victim’s concerns and complaints, ultimately making the victim question their own observations, conclusions, and reality. The ultimate goal for the gaslighting abuser is to make the victim so unsure of themself that they capitulate and accept the abuser’s version of the story – guaranteeing that the abuser gets “their own way” and/or feels “superior” to the victim. Further, the victim becomes more reliant on the abuser because they doubt their own reality while starting to believe the reality put forth by their abuser.

The term “gaslighting” comes from the 1944 film “Gaslight” by George Cukor. The film follows a sweet, young woman named Paula (played by Ingrid Bergman) who witnessed the murder of her beloved aunt and guardian. Paula is romanced by and ultimately marries a dashing man, Gregory (played by Charles Boyer), who returns with her to live in the house that she inherited from her deceased aunt. The house was also the site of the murder. Slowly, over time, Gregory lies to Paula, telling her that she is forgetful, and acting in strange ways. Gregory confines Paula to the house, then subjects Paula to knocking in the walls and having the gas lights dim, but then denying that such things ever happened. Paula begins to doubt her sanity, as Gregory moves in to take over her fortune. The scenes in the film in which Gregory lies to Paula, and watches her fall apart are chilling examples of the abuse that occurs in countless romantic relationships, even to this day.

The gaslighting abuser will use nearly all of the following “tools” to try to undermine the victim’s self-confidence and belief in their own observations. Beware! Gaslighters are unusually adept and fluid in their use of these techniques, and they have perfected the art of quickly switching between the techniques to keep their victims off balance.

The abuser may say things such as, “You never remember things accurately” or “Are you sure? You know that you have a bad memory.”  This is just the start, but it is powerful because the victim begins to doubt their own recall of events. Later, the abuser starts to substitute their own “story” to replace the victim’s seemingly-doubtable memories.

2. Withholding: Refusing to Engage in Conversation

The gaslighting abuser may pretend not to understand what the victim is complaining about as a way to avoid responding to them. Absolute refusal to discuss the victim’s concerns is the ultimate self-defense mechanism, which is used by the abuser when they have no other way to counter the questions posted by the victim. Still, the refusal to even talk about the victim’s concerns leaves the victim feeling isolated and denies them the opportunity to get real feedback about the things that are bothering them.

The abuser will accuse their victim of “making it up,” and will likewise deny ever saying they complained. “I never said that” is the most common form. Sometimes, however, when pushed or questioned, the abuser will instead suggest “I just don’t remember that.” Again, setting the victim up by having them trust the things that the abuser says, only to later deny ever saying those things, leaves the victim in an increasingly precarious position.

5. Diverting: Changes the Focus of the Discussion; Questions the Victim’s Credibility

The abuser, if caught in an unwinnable game where the victim insists that he or she is right, will then switch the conservation to another topic, often throwing “emotional fits” as a way to distract from their being caught in a bind. At the very least, the abuser will often suggest, “That’s just another one of your crazy ideas!”  These quick shifts in subject or tone of the conversation prevent the victim from ever getting any traction with their ideas and concerns.

“Come on!  You know that elderly people like you have bad memories.”  “You know that women like you are usually overly-emotional.”

After being subjected to the above gaslighting techniques, the victim is most often left feeling dazed, and wondering if there is something wrong with them.  The victim is simultaneously encouraged to think that they are to blame for the “misunderstanding” or that they were “just being too sensitive.”  In the end, the victim is left with little choice but to abandon their own thoughts and feelings and adopt the thoughts and feelings being propounded by the abuser.

In future installments in the series about gaslighting, I will cover:

Part Two: The Top 10 Signs You Are the Victim of Gaslighting: The victim will every so often report feeling alone and powerless, feeling vulnerable and insecure, disappointed in themselves, spending a lot of time apologizing, wondering what is wrong with themselves, and even doubting their own feelings and reality. All of these signs can lead up to anxiety and depression as well as other mental health concerns, including addiction and suicidal ideation.

Part Three: Case Studies of Gaslighting – concrete examples: We will go through several, specific examples of gaslighting – what it looked like to the victim, what the turning point was, and how they got themselves out of the relationship.

Part Four:  What the Victim Should Do to Get Out of the Abusive Relationship and Never Look Back: The only thing that works is to disengage from the abuser. The victim needs to gain some distance, set boundaries, and get an outside perspective from a trusted, but uninvolved friend or family member.