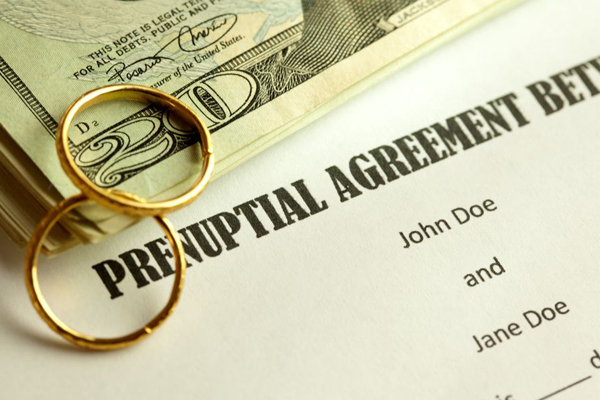 A prenuptial agreement is a contract that specifies the terms of what happens in the event of a divorce.

Anyone who is getting married should sign a prenuptial agreement. It’s a contract, plain and simple. The marriage license that you sign is a contract, but it doesn’t specify the terms of what happens if you wish to tear it up and dissolve your partnership.

I’ll cover what you should include in this contract in another part of this series, but for now, I will address why you (and your future spouse) should get one.

Reasons Why Couples Should Get a Prenuptial Agreement

Many couples fight bitterly over who should be entitled to what when a marriage falls apart. They may also find themselves battling with other family members — like stepchildren — over the assets that need to be separated. With no formal agreement in place, things can get messy, and if you contributed more going into the marriage than your spouse, handing over “half” can quickly add up to a sizable number.

All that can be avoided, though. With a prenuptial agreement in place, you can name what is yours up front. Should the marriage fall apart, you won’t spend days, months, and even years in regret.

Give this some thought: What do you have that is strictly yours? What about those heirloom teacups, the ones your grandmother left you? What about that modest cabin you built in the mountains? What about that classic piece of art that hangs on your wall? The longer you are married, the more likely you are to fight over precious mementos or valuables.

What about the house, the timeshare, the cars, and everything else? Start your list. Encourage your spouse to make their own.

Having a prenuptial agreement in place takes out much of the “guess work” in determining what will happen financially during a divorce. Some laws regarding rights to marital property, for instance, are dependent on many factors. For example, if one spouse owned a home prior to and during the marriage, he or she might claim it belongs to him/her, but where the mortgage is paid down during the marriage, there is a complex formula (called Moore-Marsden) which determines how much must be reimbursed according to the current value of the house.

The formula to which I am referring requires at least three different real estate appraisals and the work of a forensic accountant to determine the value. Add to that the costs for these experts to calculate the bottom line as well as the cost for the attorney’s billable time for analyzing/reviewing documents. What you may have accumulated in value can suddenly be reduced by the time you pay all these people. And what about the time you will need to take away from work to deal with all this?

With a prenuptial agreement in place, you can also assign alimony terms to restrict or get your spouse to waive spousal support. The amount and duration of alimony is dependent on many factors, including the income from all sources of each of the parties as well as the costs of the “marital lifestyle” the parties once enjoyed.

Generally, alimony is paid out for half the marriage term, possibly longer if the couple was married for over ten years. Worst of all, if the marriage was longer than ten years, the alimony award could be “indefinite” — meaning until the death of the payor, the death of the payee, or the remarriage of the payee. Many may remember that Tom Cruise filed for divorce on the eve of his ten year wedding anniversary with Nichole Kidman. Many legal experts speculated he did so as a shrewd financial move to avoid greater and longer term payments to Kidman for spousal support.

Child support cannot be negotiated or stipulated in a prenuptial agreement. I will address this issue directly later in this series.