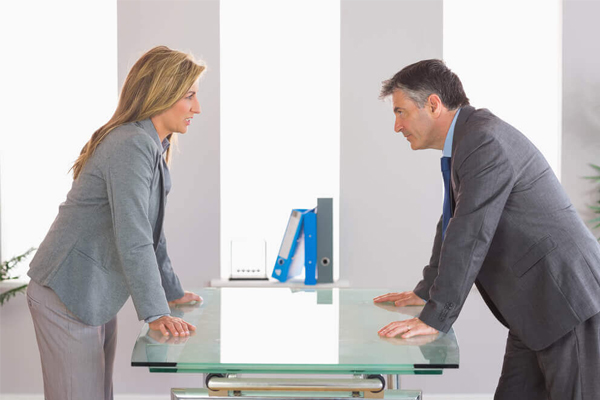 Owning a family business with your spouse can make divorce more complicated. Do you try to settle who gets what from the business or, do you let the courts decide? In most cases you’ll want an attorney involved, to explain the benefits of either settling out of court or going to court.

Why settle the family business in divorce?

If you hire a business valuation analyst for court, they will have to meet high reporting standards*. The report will be known as a “conclusion of value” report. A report for settlement can be prepared as a “calculation” report, a much less detailed report. The assumption is that the analyst will be sitting on the stand testifying to a conclusion and not a calculation.

Imagine you’re assigned to value Facebook before it was traded on the stock market. What would you need? A lot of information. Conclusion reports should include company background, industry analysis, financial analysis, economic analysis, consideration of multiple methods, and many other items. A calculation report requires less time for the analyst since these items aren’t required.

No Site Visit or Interview

A conclusion report will require a site visit to the business and interviews with owners and management. If they resist, the alternative is a sworn deposition with a long list of questions and documents. Depending on the spouse’s involvement in the business, this could take a lot of their time and even damage the business. This can ultimately hurt both spouses. No site visit or interview is required for a calculation.

Poor record-keeping, also known as bookkeeping or accounting, is probably the most common problem encountered. Adding insult to injury, it’s often a surprise to the spouse who owns the business. And there’s no guarantee a business with a CPA won’t have record-keeping problems. The costs of cleaning up poor records will likely run higher for a conclusion report since the stakes are higher and the analysis is deeper.

Why go to court over the family business in divorce?

What if the business has only one customer? What if it signed a new exclusive contract? These issues won’t be uncovered in a calculation report. I once valued two family businesses with identical ownership. The manager of the first business wouldn’t return my calls. The manager of the second spent a half day with me. Without the site visit, I could have assumed the second business was more profitable because of its industry. Instead, I concluded it was the manager’s abilities that made the difference. Issues like these won’t be found in a calculation.

While there’s no guarantee a conclusion report will find fraud, there is almost no chance it will be detected with a calculation report. The in-spouse has a lot to lose if they’re committing fraud that could be prosecuted. They may simply shut down. To make matters worse, fraud can happen with their accountant and attorney. If your spouse is committing business fraud, it’s possible most of the financial documents will be worthless. You’ll have to decide whether to use what you have and hope for the best or consider a forensic accounting investigation in addition to the valuation report.

Let’s say you pay four figures for a calculation instead of five figures for a conclusion and lose $100,000 because something was missed. Unfortunately, you didn’t come out ahead. You must consider the money that could be left on the table due to less analysis. A couple of adjustments such as personal expenses or inventory can change the value of a business six figures. More on this here.

What Should You Do?

My recommendation is to do everything to settle if it won’t cause you material financial harm. You and your attorney need to get a reasonable value without spending money unnecessarily. That’s a tough balancing act. Understand it doesn’t have to be “all or nothing.” You can get a calculation report in hopes of settling early in the process. Then, if settlement doesn’t work out, you can request a conclusion report later.

Be careful to follow discovery rules. Generally, once you decide on a conclusion report, the assumption is that your analyst will testify as an independent expert. That means the expert’s file will be subject to discovery by your spouse. Conversely, you could engage an analyst as a consultant to prepare a calculation report for settlement and likely avoid the discovery issue. You and your attorney will have to decide which strategy is best.

Good attorneys will explain the benefits, costs, and risks of settling and not settling. They’ll also know “winging it” with no outside consultation is a bad idea. There’s too much money at stake. You should discuss the business early so everyone understands the key issues. And don’t wait to call a valuation analyst! The sooner you understand your options, the better.