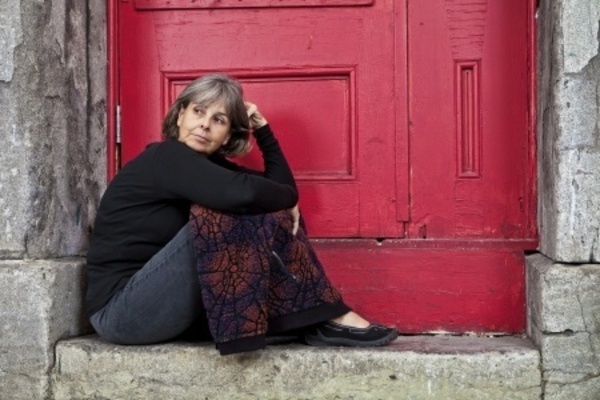 Why do senior married adults seek divorce after being married to their spouse for decades?

As we all know, it takes a lot of work to make any intimate relationship work, and many couples certainly don’t go the distance (by that I mean staying together decades with their partner); many don’t last even three-to-five years.

According to the CDC’s National Marriage & Divorce Rates, 44.6 percent of marriages wind up in divorce. In my state of California, the number is more like 52 percent. AARP cites a 50% increase in the divorce rate among seniors in the last 25 years.

That is what the statistics show.

Why is it then that certain couples – the ones who spend the majority of their lives together – wind up calling it quits after 40 or 50 years of marriage? Isn’t it just a little too late to walk out?

Leaving a partner much later in life has become more popular of late; in fact, divorce among seniors now even has a name: “Gray Divorce.” The Pew Research Institute reports the number of GDs has doubled since the 90’s.

As a clinical psychologist who specializes in Gerontology, and one who counsels many older couples, I have become increasingly more interested in why seniors who have been together with their respective partner for decades decide to call it quits and have a gray divorce.

Through my study and research over the past 10-to-15 years, I have come to believe what prompts one or both spouses to upend the union are one or more of the following 10 reasons.

1. It has become more culturally acceptable

The norms regarding commitments and marriage have changed dramatically over the past 30 years. Many couples don’t even opt for a marriage certificate anymore; no one raises an eyebrow over living together nowadays. Some couples don’t even consider marriage or a live-together arrangement until after they have children. It has become far more the norm for couples to live together until the relationship starts to show signs of wear. This group feels no remorse about moving on. Seniors are no longer the exception when it comes to “moving out.” It’s happening far more often these days.

If a 60-year-old spouse has been in an unhappy marriage with their partner for a few more decades, they begin to consider it might not be worth it to continue to do so for what could be another 15 to 20 years. The older one gets, the more a person begins to value every single day. They begin to realize they may have 20 more potential years ahead of them, and wonder what they might lose out on. The risk of walking out far outweighs the continuation of one or more additional years of miserable days; the thought becomes daunting. I had one client say to me at 85 years old, “If I only have a few days left in my life, I want them to be happy!”  That sentiment is becoming more and more popular among those who are tiring of their partner for whatever reason.

Although we become more like ourselves as we age, opposites often clash and our differences can compound our incompatibilities; the truth is, they become more pronounced.  As people age, they don’t have the patience to deal with the drama that often accompanies “opposite” ideas, values, and customs. Arguments become exhausting.  People become weary.

4. Being empty nesters can be a contributing factor

It’s likely that the divorcing couple had children relatively early in their marriage. Once the children leave the nest, the couple will become far more focused on one another. That means flaws and irritants of one’s partner are not only more obvious, they soon become unbearable. Those annoyances could span anything from fighting over the temperature setting on the thermostat to how much and when money should be spent.

5. People may have married their spouse to please family or to conform to societal norms

Many individuals see the later years as “my turn” years and they no longer feel compelled to comply with what was once expected of them in their role as the “ideal” spouse by society or family. Also, many family members who may have pressured a person to marry a spouse of their choosing are no longer living, which makes it more practical to walk away without any shame or criticism.

6. People do fall out of love over time

No matter who you are, life changes you. We all evolve and grow, so what you may have been wild about in your 20s may no longer excite or interest you in your 60s. That includes your spouse! More often than not, those who have similar occupations or who go through stages where they acquire new interests together (travel, music, sports, food) are those who stand a better chance of staying together. Those who grow apart in any area may live under the same roof, but live very separate lives out of convenience and practicality. Once liberated mentally, financially, and emotionally, however, it is not unusual for one or both to agree to a divorce.

7. If the love was not there in the first place

If the marriage was for money, convenience, or other “not-out-of-passion” reasons, the idea of becoming a caregiver for a spouse who might suffer from any chronic illness is daunting and undesirable. With today’s technologies and medicines, it is not unusual for a person to live 10 to 15 years longer with irreversible dementia, for instance, or cancer. If a person was not wholly devoted to their spouse to begin with, they often feel burdened by the prospect and decide that this potential life change could ruin their remaining years.

8. The freedom of living separately

While many opt out of filing for divorce, they may agree to live apart. Keeping pension plans, 401ks, real property, health insurance policies, medical plans, and other assets intact may be prudent, but it doesn’t mean that a couple can’t get a de facto divorce. Some couples get married young and have never enjoyed the solitude and serenity of living alone – without a partner underfoot and servicing that partner’s needs. Freedom is often the reason many couples, after years together, decide to call it quits. And they do.

Over the past 20-30 years, many women are no longer afraid to walk out of a long-term marriage, nor are they financially dependent on their spouse. Many senior women are business owners, have accumulated enough assets of their own, or have found interesting activities outside those of the marriage in which to engage. They don’t “need” their partner as they once felt they did to be complete.

10. Online dating makes it easier to meet someone new

With today’s accessibility to online meeting and dating sites – many dedicated to seniors only – people can enjoy the reality of meeting a new mate, not just dreaming of doing so. The “grass is greener…” concept is very appealing to those who feel they have been trapped in an unhappy or unhealthy relationship and believe they have enough meaningful years ahead to enjoy life and love. This is one more reason why some in their later years decide to untie the knot.

There are other reasons why adults seek divorce that are not listed above – such as abuse, the refusal to tolerate an adulterous spouse, or the desire to get out from under a controlling partner – but the reasons mentioned above are among the most common for a “Gray Divorce.”

I always ask my restless clients who are considering divorce in their later years to list the pros and cons, because breaking up a marriage much later in life is likely to be one of the biggest steps they will ever take. I also tell them their “golden years” are likely to be their best years.