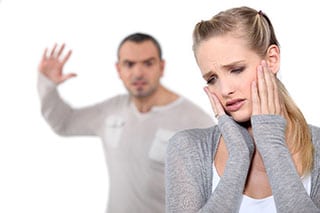 Don’t hit each other. Seems like simple advice, and it is. Generally this is a rule learned in kindergarten if not before. Sound advice, however, is not always all that easy to follow, especially when emotions run high. Domestic violence, regardless of the circumstances, will never be justified in court. The perpetrator will have a hard time convincing a judge that he had a “good reason” to throw his spouse down the stairs or slap her across the face. A judge, or any civilized person for that matter, will understandably consider such actions to be heinous and immoral.

If you’re uncertain about what constitutes “domestic violence,” you’re not alone in this regard. The precise meaning of the term has been clouded over the years by various high-profile incidents. From Tina Turner to Rihanna, the term has steadily evolved over the years. In its present state, “domestic violence” is considered to have occurred if one member of a relationship physically, verbally, emotionally, or psychologically abuses the other. Notice this broad definition. In fact, a recent California case has held that even gaining access (without permission) into a spouse’s email account can be construed to be an act of domestic violence.

While most know that the law does not allow you to strike a partner, you must also be careful to avoid saying hurtful words or seeking to do things that could be considered abusive “mind games,” especially if your children are around (even just in the house while it is going on). All such actions fall under the label of “domestic violence” and may result in the penalties described below.

In instances where the court becomes involved, there will be legal consequences. Depending on the severity of the incident, you could have domestic violence restraining orders issued against your spouse, and he will most likely pay your attorney fees (since you are the victim) as well as his own if he is found to have committed those acts. Note, however, that an award of attorney fees is not automatic. Your spouse might even find himself being criminally prosecuted, which will cost many thousands of dollars in attorney’s fees, expose him to hefty fines and penalties, get him registered on the “California Law Enforcement Telecommunications System” (CLETS), and he might also serve jail time for the offense.

If he escalates to physical violence, you could also sue him for damages and any related medical treatment or surgery needed to recover. And while all that is going on, he will have to deal with the legal and practical ramifications of domestic violence as they pertain to the relationship with his victim (you) and also with any children the two of you share. A domestic violence conviction could mean a huge shift in the amount of time he will be allowed to spend with your kids; very often, it leads to divorce or legal separation.

The bottom line for your spouse is that he needs to learn to keep his cool, even as the pressure inevitably heats up in a relationship. If you think the relationship is worth saving, go to marriage counseling; your husband should probably commit to anger-management counseling as well. And if the relationship really needs to end, consult a legal professional.

Marshall Waller is a Certified Family Law Specialist with Feinberg & Waller in Calabasas, CA. He has gained a reputation as a dynamic and entertaining speaker and has spoken nationally and locally to trade, civic, and private organizations.