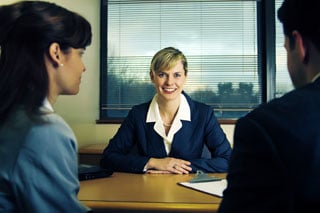 What Qualifications Does a Special Master Need?

Maria and
Tom Warrenpiece were stuck. They had two children: Carlos, age 7, and
EIsa, age 9. Subsequent to their separation two years ago, they had
extreme difficulty making decisions together about the care of their
children. A year ago, they had a custody evaluation and the Commissioner
ordered a joint custody arrangement with the outline of a schedule for
school weeks and during vacations and holidays. However, Maria continued
to see Tom as very controlling and unresponsive to the children. Tom
thought that Maria was trying to exclude him from the children’s lives
whenever she could. As a result of the uncertainty and conflict, Carlos
was having behavioral problems at school and EIsa was frequently weepy.
Maria would only allow communication through their attorneys. After they
had been in court three times in six months, the Commissoner proposed
that the parties consider using a Special Master. Both Maria and Tom
were disillusioned with using the court repeatedly to resolve their
problems. They were informed that by mutual agreement they could try a
new process. Through their attorneys, they agreed on procedures and
chose a Special Master. One year later Tom and Maria communicate by fax,
sparingly using the phone and occasionally meet with the Special Master
to make particular decisions.

This is the
kind of situation in which a family can benefit from the appointment of a
Child Custody Special Master, or Parenting Plan Coordinator. This new
role, recently introduced in Southern California, provides a useful
alternative to other dispute resolution mechanisms for chronically
conflicted divorced parents, particularly those who repeatedly look to
the courts to resolve relatively minor issues in the family. It is also
useful when one or both parents have significant psychopathology, when
there are children with special needs. or children who are infants and
toddlers in which significant negotiation needs to occur to coordinate
parenting of their development. A big impetus to the establishment of
this role was provided by a training session given by Dr. Joan Kelly in
the fall of 1997, co-sponsored by the Divorce and Family Therapy
Specialists, L.A. County Bar Family Law Section, and Cedars-Sinai
Hospital. The participants in this seminar were surveyed after the
seminar about their opinions and the results of this survey will be
described later in this article.

What is a Child Custody Special Master?

It is a
hybrid role involving aspects of a mediator, an arbitrator, a parent
educator (particularly about developmental psychology), and a child
custody evaluator. A Special Master’s job is to resolve problems quickly
by mediation where appropriate or by making decisions for the family
where the parents cannot come to a decision, using quasi-judicial
authority stipulated to by the parents in advance. Sometimes, the
Special Master will focus the parents on their children’s needs and
educate them about developmental and psychological issues. The Special
Master may issue written or oral decisions: a summer schedule might be
written whereas the resolution of a weekend crisis by telephone may be
done orally. Special Masters can be either mental health professionals
or attorneys but, most importantly, they must be knowledgeable and have
relevant experience. They need to have good conflict resolution skills, a
working knowledge of family law, an understanding of developmental
psychology and family systems, therapeutic sensitivity, an ability to
make decisions, and legal drafting skills.

What’s In the Name?

Whether the
role is called Special Master or Parenting Plan Coordinator, the
stipulation defines the role. As indicated above. the core feature is
that the person has quasi-judicial immunity conferred through
stipulation agreed upon by the parents and then made an order of the
court. Although Special Masters usually focus on resolving issues to do
with the children. they can also set up procedures for the parents’
communication that help with general conflict between parents.

What are the Advantages?

The
advantage of using a Special Master or Parenting Plan Coordinator
include: enabling decisions to be made outside of the court using
decision making mechanisms which improve collaboration rather than
polarizing the parents; reducing the negative effects of conflict on
children; having a knowledgeable objective person make timely decisions;
having someone avail-able who knows the family well; and reducing costs
to the family.

One early
concern was that the Special Master may subvert the authority of the
court. In practice, this is not an issue because the parents can always
go back to the court if they wish. Another disadvantage might be that a
Special Master who jumps into the arbitration role too often may
undermine the parties’ ability to come to agreements without using an
outside third party. The arbitration aspect needs to be used
judiciously.

How Does It Work?

Frequently,
Special Masters will initially spend time getting to know the family and
reviewing documents so that they can be helpful on an ongoing basis.
Some Special Masters see the parents together monthly; some see them as
needed. Arrangements for costs will be covered in the stipulation. In
our office, we ask for an advance deposit, and a quarterly
administrative charge for handling all the ancillary matters of phone
calls, faxes and written documents.

What Is the Statutory Authonty of Special Masters?

This is a
somewhat murky area. There is no specific legislation in California for
this hybrid role. It can go under various codes, such as Evidence Code
§730 (Custody Evaluator), Code of Civil Procedure § 1280 et.seq.
(Arbitrator), Code of Civil Procedure §638 (Referee), or Family Code
§3160, et. seq. (Family Mediation). Different counties have adopted
different codes in the stipulation. For example, Marin County only cites
the Family Mediator code. Santa Clara County uses the special Referee
code. In Los Angeles County, the proposed stipulation (see below) quotes
the section codes for Custody Evaluations, Arbitrations, and Special
Referees. Despite these differences, probably the most important
definition of the authority of the Special Master is defined in the
particular stipulation.

Is There a Common Stipulation for a Special Master in Southern California?

Currently,
there is no definitive approved suggested stipulation for use in such
cases in Southern California. However, the court services liaison
committee of the L.A. County Bar Association Family Law Section, chaired
by Leslie Ellen Shear, J.D., has devoted a lot of effort to reviewing
stipulations and developing a model order for use in L.A. County. This
stipulation defines the role of the Parenting Plan Coordinator (Child
Custody Special Master) quoting the code section for custody evaluators,
arbitrators and referees but not the code section for mediation.
Further, the stipulation clearly outlines different levels of decisions
that can be made by the Special Master. Level One decisions are orders
which are immediately effective and final. Level Two decisions are
orders which are effective immediately subject to review by the court if
one or both parties makes formal objections. Level Three decisions are
recommendations to the family and the court which may become orders by
stipulation or by court proceedings. The stipulation allows the
flexibility for parents together to decide what areas should be Level
One, Two or Three decisions (e.g. handling transition decisions or
scheduling vacations with moving the child’s geographical residence).
The stipulation also outlines the procedures and financial arrangements
for using the Special Master.

Returns were
received from 50% of the 42 participants in the training seminar.
Participants represented a cross section of attorneys, mental health
professionals, judges and commissioners, court conciliators and
mediators. The results of the survey were very clear. There was
overwhelming support for a stipulation standard in all L.A. County
courts. Attendees from other counties (Orange, Riverside, Santa Barbara,
Ventura) also stressed that a standard stipulation would be useful to
the other counties as well. Sixty-six percent (66%) thought that it
would be useful to invent a hybrid stipulation based on the Marin and
Santa Clara County stipulations that would be specific to L.A. County.
The comments on these questions revealed a strong opinion that a) there
should be active input from a wide range of judges and commissioners, b)
that this stipulation should be reviewed with representatives from
Marin County and Santa Clara County, and c) that getting buy-in from the
participants to what is agreed in the stipulation is very important.
The second part of the survey concerned planning and training which
would be required for Special Masters. Eighty-three percent (83%) felt
that planning and training should be provided by an inter-disciplinary
group such as the A.EC.C. (Association of Family and Conciliation
Courts) or other organization rather than by the court or by the County
Bar. Incidentally there was also strong support for the establishment of
a Los Angeles Section of A.EC.G.

Can a Judge or Commissioner Order the Appointment of a Special Master?

Negotiating the Stipulation is of Paramount Importance

It is our
experience that the stipulation be finalized, in particular the level of
decisions and content areas, prior to the Special Master commencing
his/her involvement. In some cases, this step was thought not to be a
problem for the parties but in fact took six to nine months to
negotiate. There are various possible ways to solve this problem, all of
which involve the parties’ attorneys. The involvement of the attorneys
is absolutely essential in this area. Of course, the parties could
negotiate on their own. However, given the fact that they have been
unable to agree on a wide variety of issues, it is unlikely that they
will be able to negotiate this situation. An alternative is having the
attorneys negotiate the language of the stipulation. Mary Lund, Ph.D.,
and I have been moving towards a model in which the initial meeting with
the parties should include their attorneys with the goal of negotiating
the stipulation while also clarifying issues of procedure and
confidentiality, etc.

Overwhelmingly,
the parties who have used a Special Master have been very positive
about their experience. The parties feel that they can bring up issues
that are important to them and have decisions made in a timely manner.
Some report never having been able to address important issues such as
the frequency and content of phone calls between parents and children
because these issues have been overshadowed by court time about money
and fees. Paraphrasing one of our clients: “Having a Special Master has
really helped us. Instead of conflicts dragging on, we get decisions
made promptly. Even though I haven’t agreed with some of these decisions
it’s much better than the alternatives.”

Angus
Strachan, Ph.D., is a Clinical Psychologist in Santa Monica, California,
and Associate Clinical Professor of Psychology at UCLA.