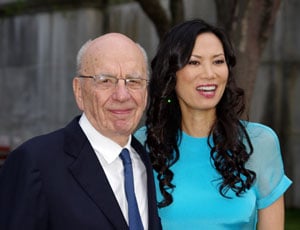 Divorce is very common. The statistics following divorce have increased every single year. Although sometimes it is better to get out of a toxic relationship, perhaps the lovers should have never married to begin with. After all, it is much easier to simply break up with someone than go through a lengthy divorce proceeding.

A divorce can be an emotional and a financial burden. In most cases, one party ends up bitter with a broken heart. However, depending on the situation, a collection of money will be passed around. From dividing income and assets, to paying child support and alimony, it can be a complex issue.

If you have a significant amount of property, or you are unsure how you will be able to live financially after a divorce, it is wise to hire a lawyer. On the other hand, one way to avoid this mess is to sign a prenuptial agreement. It is best if you seek the advice of a lawyer for this matter, too. You can put something in place just in case of divorce. A prenuptial agreement, or prenup, is often signed by those who are very wealthy.

Here are the top 10 most expensive divorces in history (in reverse order). These folks did not have a prenup in place when they married, which resulted in a hefty paycheck for their exes.

These love birds flew the nest in 2007. Irina Malandina filed for divorce against her husband. She speculated that the Russian business tycoon was having an affair. Although her settlement was $300 million, this was supposedly less than two percent of her ex’s net worth. Roman Abramovich is worth a reported $18.7 billion.

These BET co-founders wed in 1969. For whatever reason, the two split after more than 30 years of marriage. As the first African-American billionaires in the United States, the division of property was calculated to be $400 million for Sheila.

In 2006, Robyn divorced her husband of 26 years. This Hollywood couple is notorious for having the most expensive celebrity divorce. Mel Gibson was worth $850 million, and he was forced to split this number clear down the middle.

Craig McCaw is known for McCaw Cellular. The Seattle-area businessman tied the knot with Wendy Petrak back in 1974. After 24 years of not-so wedded bliss, they called it quits. She was awarded $460 million. A couple of years later, Craig McCaw sold his cellular company to AT&T for around $11 billion. She was, however, not entitled to any of those profits.

Have you ever heard of Wynn Resorts? Steve Wynn is the CEO of the casino empire. He married Elaine Pascal in 1963, but, sadly, the two divorced in 1986. They rekindled their love for each other again in 1991 and were remarried. Not surprisingly, the two divorced again for good in 2010. She won $740 in the settlement, along with about half of his company stock.

Soraya Khashoggi was only 20 years old when she wed Saudi billionaire entrepreneur and arms dealer Adnan Khashoggi in 1961. The pair divorced 13 years later in 1974. However, Soraya did not receive her multimillion-dollar settlement until 1979. In fact, she had to sue her ex to get the money.

For several decades, the Khashoggis held the record for the most expensive divorce. That is, until the Ecclestones came around. Bernie Ecclestone is the president and CEO of Formula One racing. His wife is a former supermodel. After 23 years of marriage and two daughters, Tamara Ecclestone and Petra Ecclestone, the couple divorced in 2009.

Rupert Murdoch is one of the richest men in the world. The Australian-born American became the managing director of News Limited in 1952, thanks to an inheritance from his father. He is also the founder and CEO of the world’s second-largest media networks, News Corporation, and its successors News Corp and 21st Century Fox. After having one child and divorcing his first wife, Murdoch married Anna Maria Torv. The couple had a 32-year marriage and three children. She was awarded $1.7 billion in 1999.

No, this is not a typo. Murdoch married Wendi Deng shortly after divorcing Anna Maria Torv. Actually, it was 17 days later. This time, the pair was married for 13 years. The two split in 2013 and his Chinese-born ex received $1.8 billion. He reportedly got engaged to Jerry Hall in 2016. Let’s hope he learns his lesson and signs a prenup!

Alec Wildenstein is a French billionaire. The businessman is an art dealer and a racehorse owner and breeder. In 1978, he fell in love and married Jocelyn Périsset. They had two children together, Diane and Alec Jr. From 1997 to 1999, after 20 years of marriage, their divorce proceedings gained national attention. The news gushed about their lavish spending habits and Jocelyn’s fondness of plastic surgery. After a lengthy divorce, she was awarded $2.5 billion and an additional $100 million every year for the next 13 years.

Before tying the knot, you should consider getting a prenuptial agreement. Although you two plan on being together forever, you never know what the years ahead may bring. If you have a substantial amount of assets, property, and income, you should seek legal advice before saying, “I do!”

Ron Burg is the content manager for Naggiar & Sarif, LLC. Naggiar & Sarif is a family and divorce law firm based in the heart of Atlanta, GA. They counsel those who are in need of personalized, concise family law and divorce counsel.