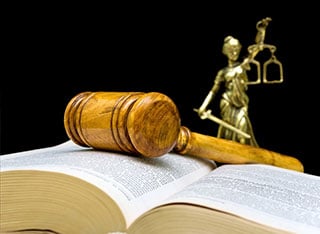 According to an article from Austin’s Statesmen.com, Texas’ highest court and advocates representing low-income Texans are on a mission to standardize divorce forms, so that spouses who opt for the do-it-yourself (“pro se divorce”) route for their uncontested divorce can turn an otherwise burdensome, confusing, costly and stressful process into one that makes more sense to everyone.

Currently, Texas is one of only 13 states without standardized divorce forms. Spouses are obliged to buy forms from various 3rd parties, but the courts aren’t obligated to accept them.

However, if the judiciary and advocates have their way, spouses will be able to download standardized divorce forms online at no cost. They’ll only be required to pay a fee once the forms are approved by the courts.

“Texas lawyers give a lot of free legal assistance, and the federal government provides legal organizations to help,” commented Harry Reasoner, head of the Texas Access to Justice Commission, an advocacy group created in 2001 by the Texas Supreme Court. “Even with all that, four-fifths of people that can’t hire a lawyer are turned away because we don’t have enough resources to help.”

That’s a view shared by Wallace Jefferson, chief justice of the Texas Supreme Court, who has written that standardized forms would “provide our poorest citizens access to the rule of law,” and would “increase access to justice and reduce the strain on courts posed by pro se litigants.”

However, not everyone in Texas is cheering on the proposed change.

Many of the state’s family lawyers, and the state bar itself, have argued that standardized forms could do more harm than good for individuals and spouses who underestimate the complexity of their divorce – and end up making bad decisions that could haunt them financially and legally.

“At this time we do not believe drafting another set of forms will be helpful,” commented Thomas Ausley, head of the family law council of the Texas state bar. “It’s complicated, and [divorcing people] need help and advice in completing the process.”

Ausley also quickly points out that the issue is not about family lawyers potentially losing business to clients who opt for the DIY route thanks to new standardized forms.

“Money is not an issue for the family law section because almost all the lawyers [provide help to low income clients] for free, anyway,” commented Ausley. “Standardized divorce forms won’t cost me personally or my law firm anything. It’s not applicable here at all.”